Here at Stringtown Rising Farm, everything is an adventure. Come with me as I get a square bale of hay for the cows. 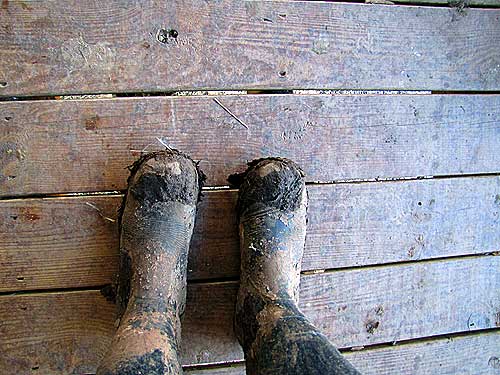 A big round bale of hay will last Beulah Petunia and Glory Bee about a week or so. Round bales must be brought on the tractor, through the goat yard, to BP-land. The goat yard is sometimes inaccessible to tractor trips due to the enormous dampness of our weather this fall. In between round bales, square bales must be brought. A square bale will feed two cows one day. Actually, they’d like two square bales a day, but you can’t have everything, so after they finish the first one they have to wander off and see what they can forage.

BP-land is, unfortunately, on the other side of the house from the driveway, where square bales can be delivered and stacked. I put my chore boots on and go down the porch stairs, under the porch where a number of hay bales are stacked. 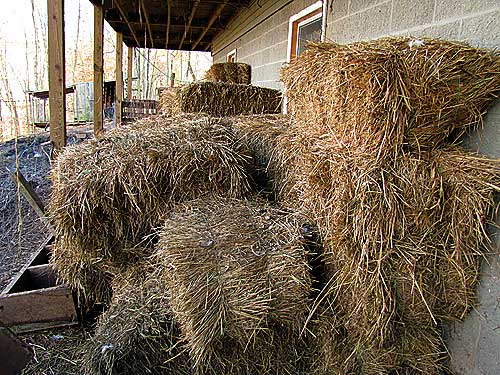 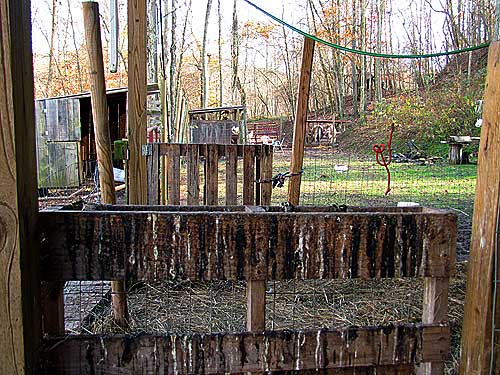 Unfortunately, it’s been a long time since either one of those pallet gates was accessible. There is a buildup in the goat pen. The doors open inward. They won’t open. But we shall not be deterred! Pick out a bale of hay. The one with the least chicken poop on it. 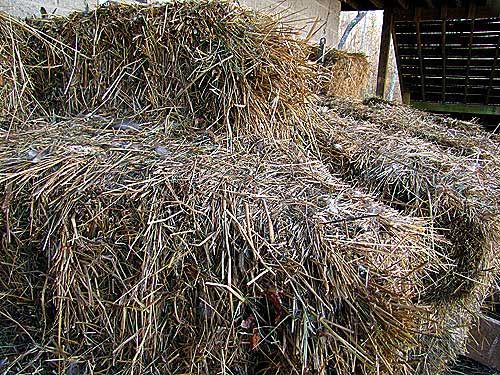 Now I just have to heft it over the first gate, into the goat pen. 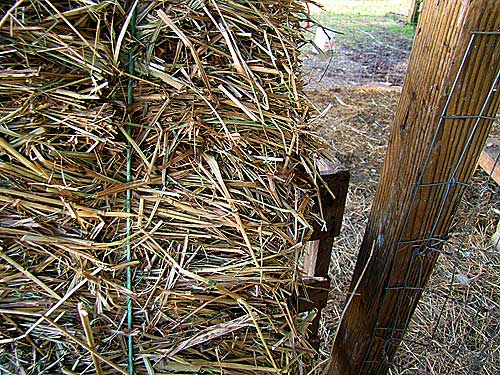 The goats are nibbling on their round bale, which will last them approximately 1,549,273 years as opposed to the one week or so a round bale lasts two cows. 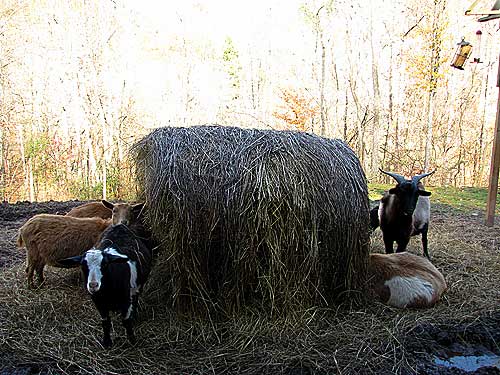 Meanwhile, I have to get the square bale out of the goat pen. 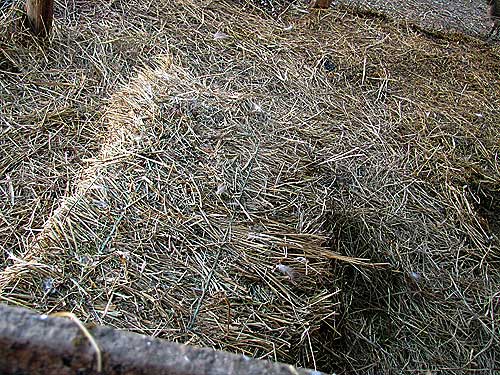 And meanwhile meanwhile, the cows have noted my daily hay bale activity. 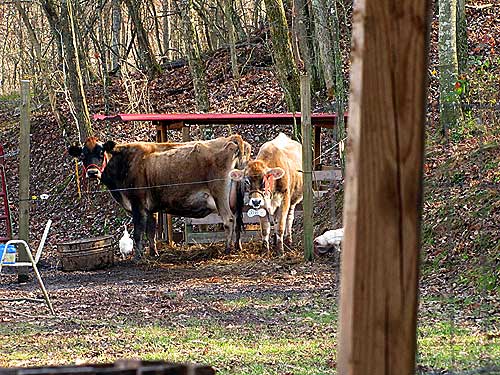 I clamber over the odd items between the hay and barbed wire, pulling away as pieces of my clothing are caught, escaping hay alley. 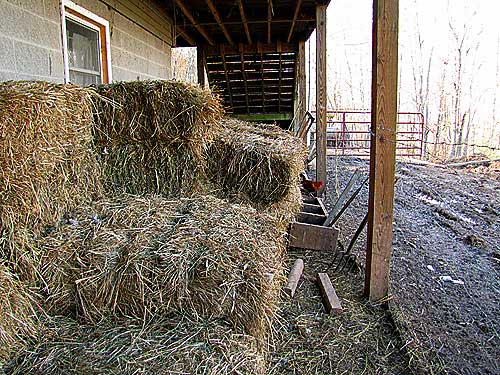 I go back up the steps to the porch. 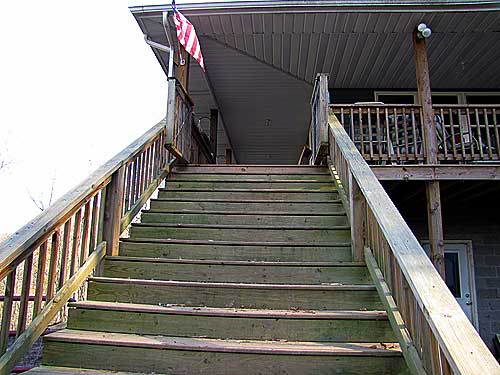 There’s no other way to get to the goat pen and the bale of hay. In the past month, the goat yard was the focus of some ground work which was never completed due to rain. The fence is sort of propped on this side and the gate is tied with a rope. I know I can’t get it untied or tie it back right. 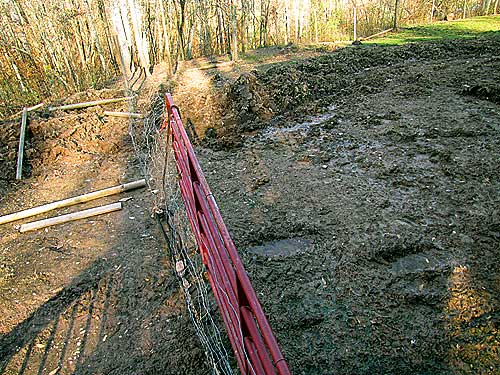 My cows are counting on me, though, so I cross the porch and go down on the other side. 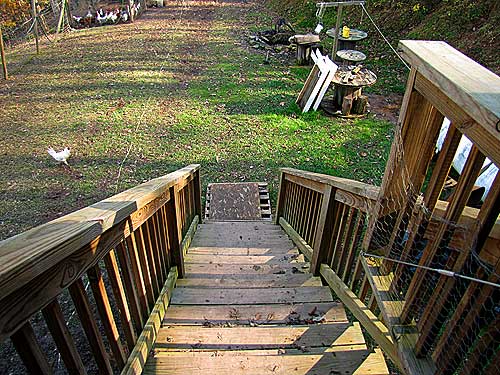 I have to enter the goat yard now, which is perhaps the most dangerous part of my mission. 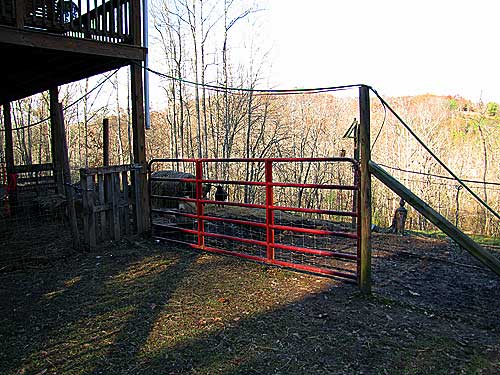 The cows are still staring at me. 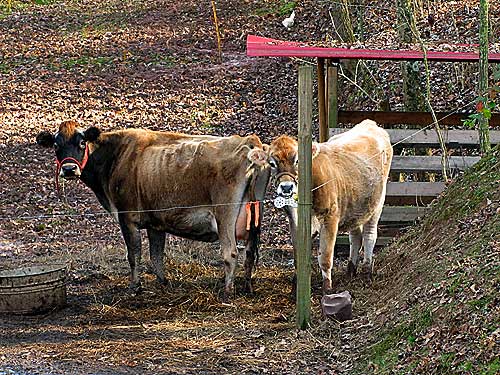 The goats are also staring at me. Is this a cookie alert? 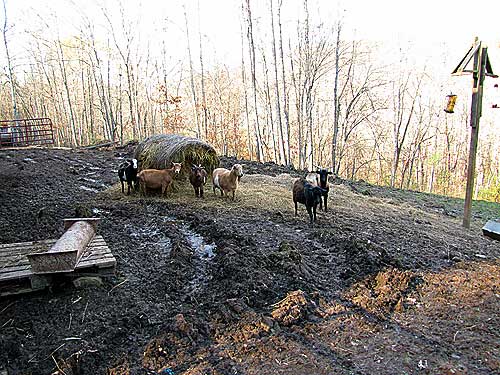 I HAVE NOTHING IN MY POCKETS! I plead for mercy. 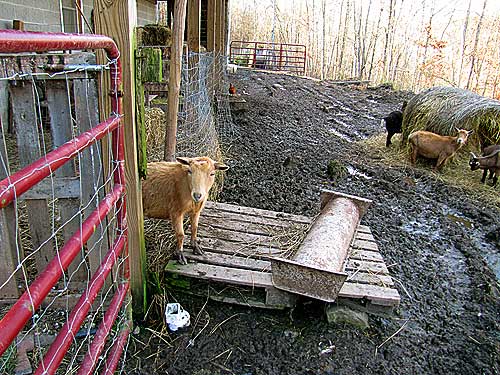 I arrive at the bale of hay. 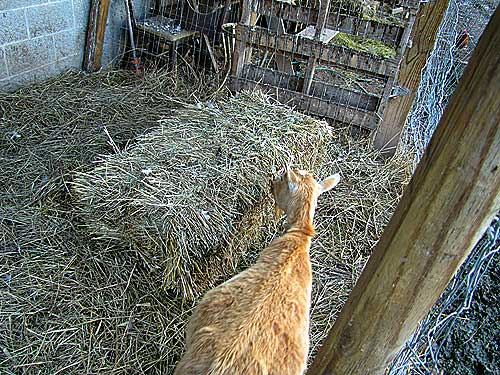 And heft it over the second gate. 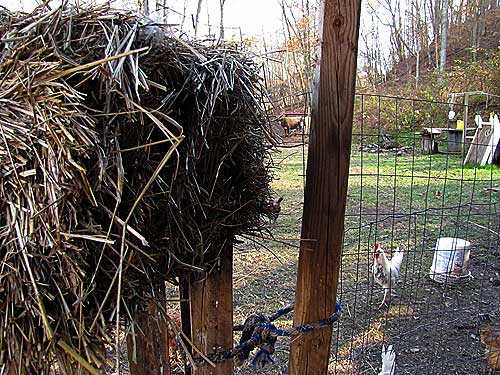 I escape the goat yard unscathed to the hay bale on the other side. 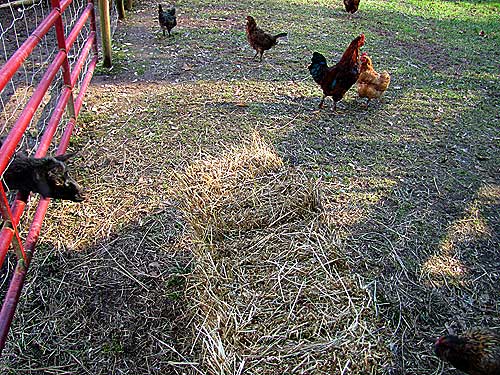 The hay is always greener on the other side. 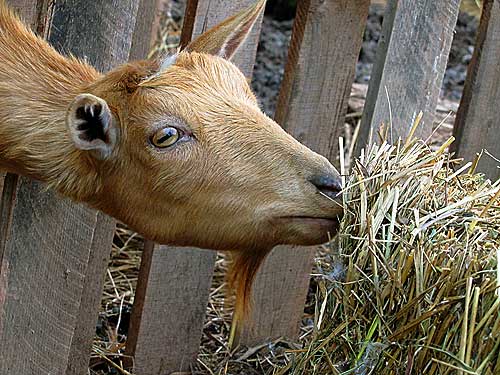 The cows are still waiting. 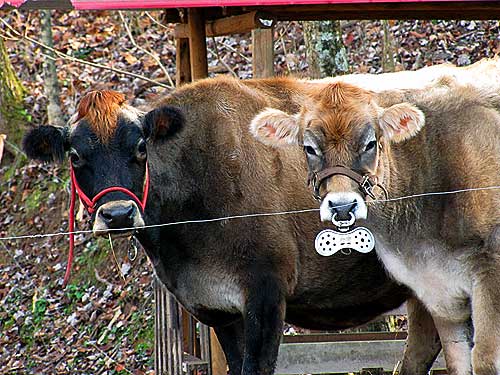 A square bale is heavier than you might think. I can only heft one for short distances (such as far enough to heft it over each gate of the goat pen). In order to get this bale of hay to the cows, I will have to turn it end over end over end until I reach BP-land. 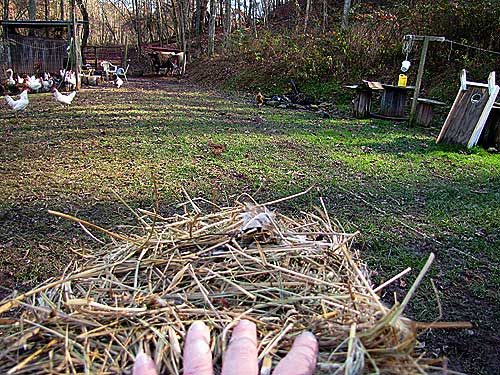 BP: “Wake me up when she gets here, Glory Bee.” 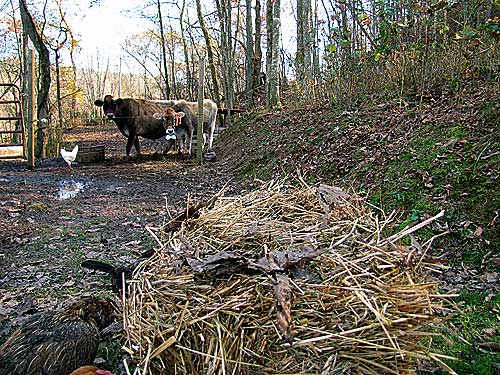 The staff cheers me on. 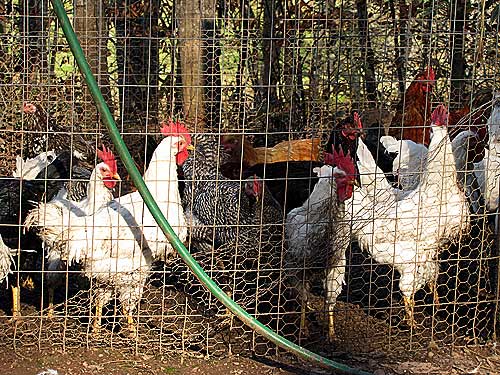 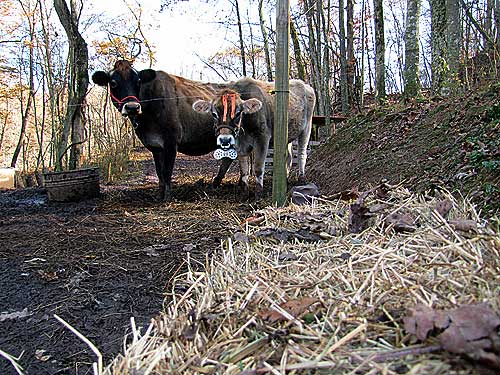 I roll the bale under the electric fence then kick it over a few feet for good measure and we are all so happy! 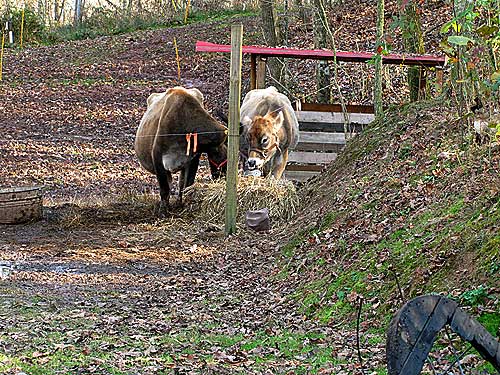 And that was my day. You?