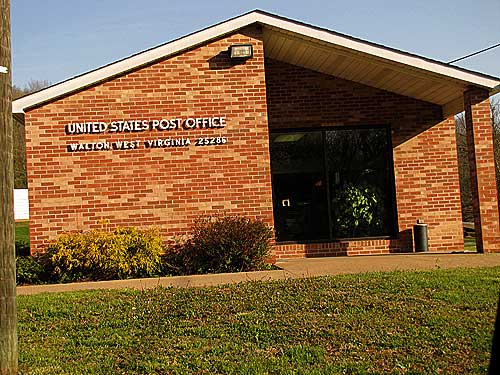 If you have babies shipped through the mail, it’s a good idea to call the post office in advance, tell them what you’re expecting, give them your phone number, and ask them to call you when the birds arrive. 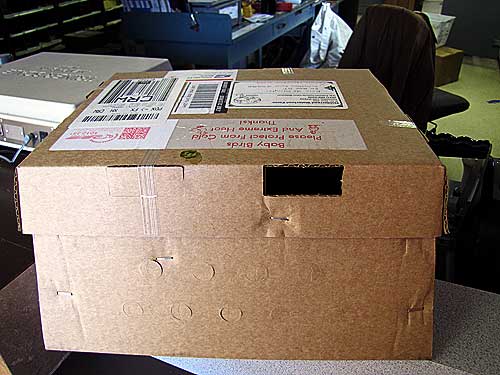 Our goslings came from the Holderread Waterfowl Farm and Preservation Center in Oregon. They ship them as day-olds. Babies don’t eat or drink much for the first 36-60 hours after birth, so this makes it a good time to box them up and send them on a trip. 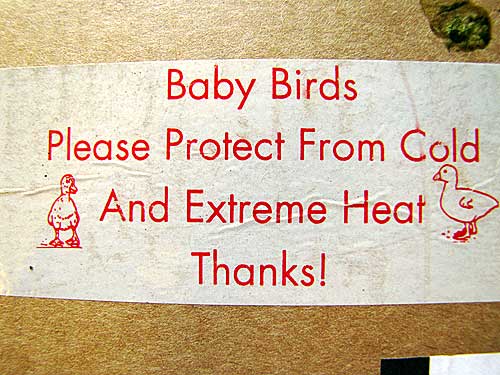 They arrive curious and active. 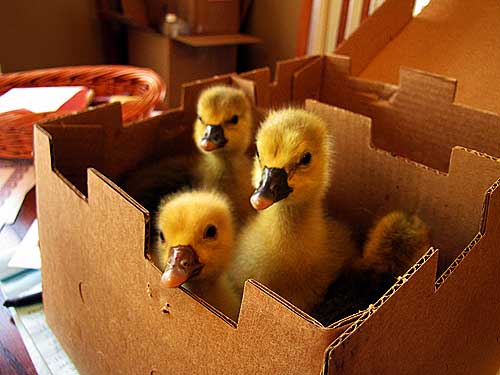 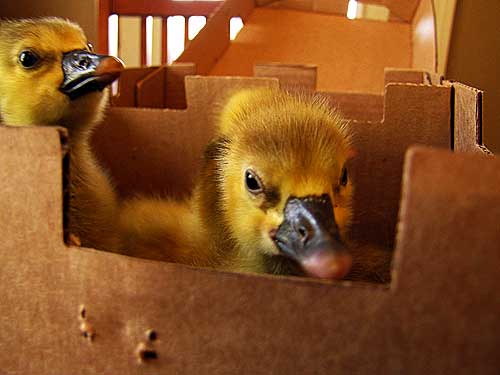 Not to mention outrageously adorable. 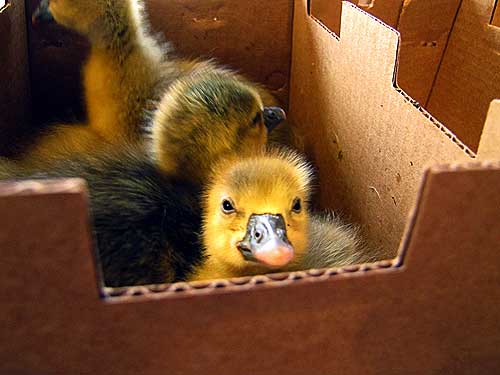 After moving them from the shipping box to a temporary brooder box, they discovered water–and were thirsty from their trip. 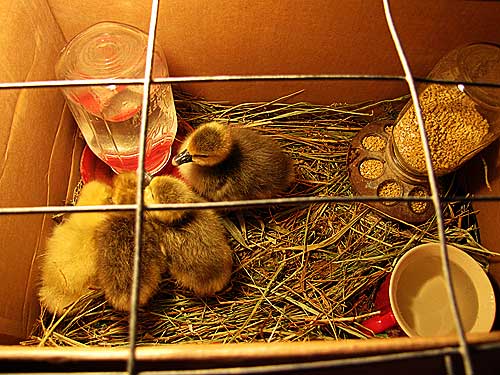 The first one discovers food! 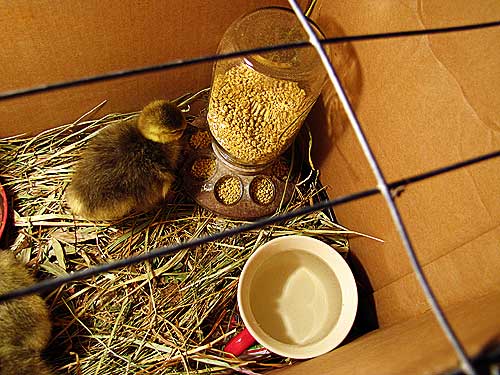 You can already tell which one is the Lavender–it looks a little different from the other three. 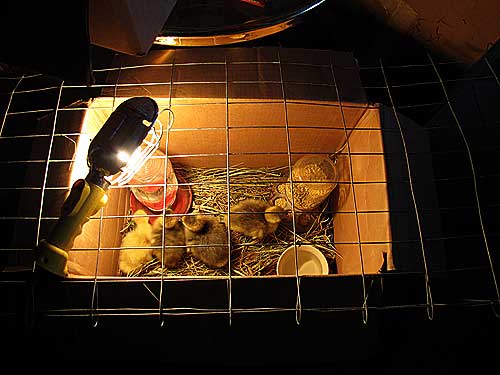 We’ll be fixing up a bigger brooder box for them this weekend as they will quickly outgrow this temporary one. When they’re big enough, they’ll go to the chicken yard for a time then on to the pond.

Right after I opened the box at home. (They were still feeling a little ornery.)