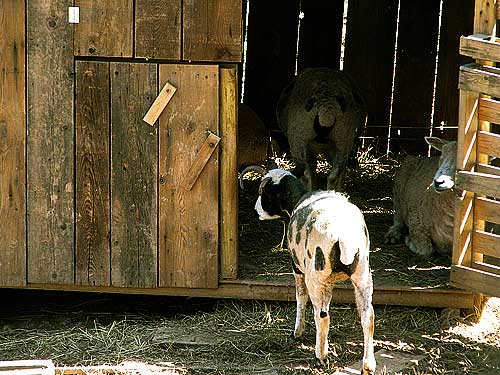 Here are the goats……… 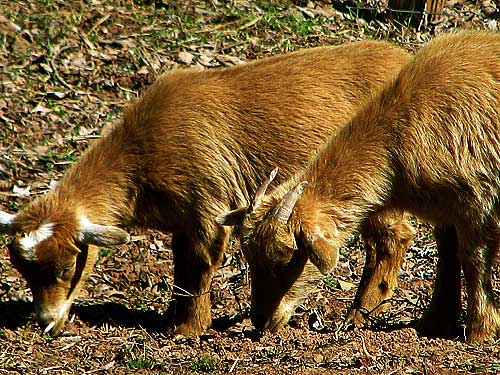 Here are the dogs……. 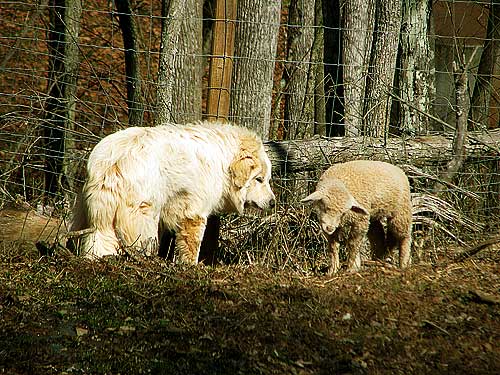 Annabelle is spending most of the daytime now in the yard because she’s overturning furniture, spilling dogfood, chewing on everything she can chew on, and generally creating havoc on the porch. Her porch time has been reduced to bedtime on her blankie with Coco.

Annabelle hasn’t figured out yet that there is no mingling between barnyard cliques. 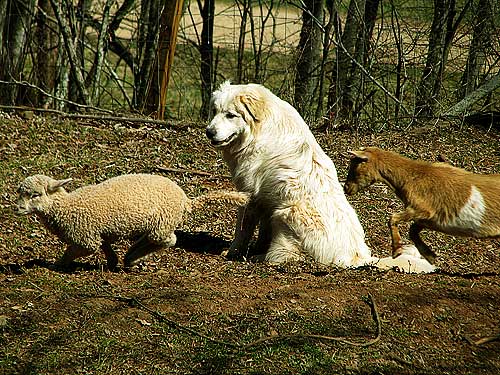 Coco has to rescue her when she makes a mistake and gets too close to Clover. 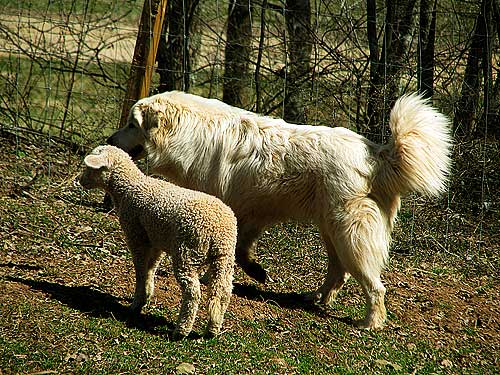 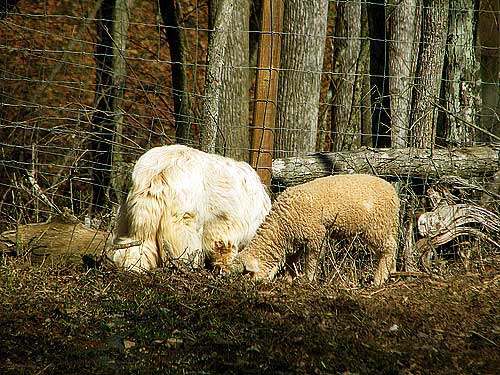 ……doing their doggie thing. Glad we got that straightened out.

The chickens and the ducks don’t mix it up any more than they have to, either. Mean Rooster update–yesterday, I tried to collect eggs and he attacked me. I’ve been collecting the eggs they lay on the floor, just leaving the ones in the nesting box where they’ve been laying for the past couple of weeks. I’ve tried showing Mean Rooster who’s the boss but it’s not working. Yesterday, I didn’t even get close to the eggs. He flew at me and pecked my knee so hard, it nearly made my cry. He drew blood through my pants. I ran out of the chicken house, eggless.

I crept back a little while later. I wanted those eggs on the floor!

But I was afraid to go in again. Mean Rooster was waiting for me at the chicken house door. 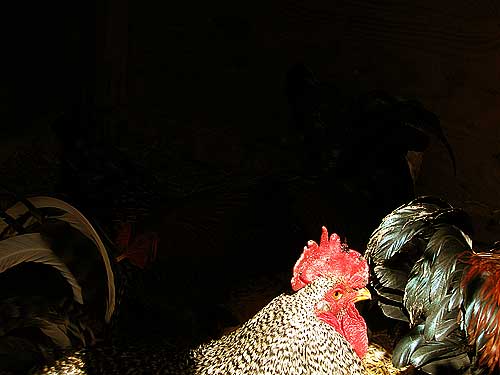 A hen was sitting there, probably getting ready to lay another egg, and there were still a couple of other eggs on the floor. 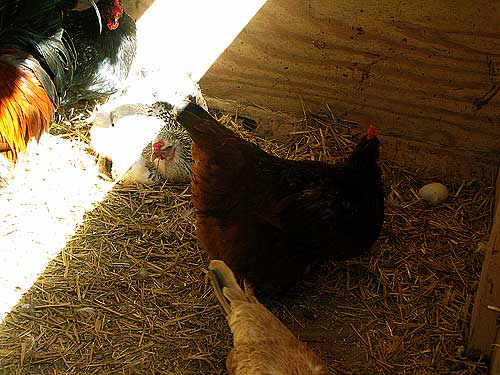 There was a mob of chickens surrounding one of the eggs. 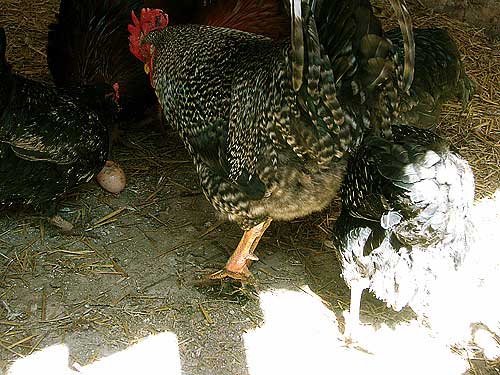 A mob of chickens seemingly bent on destroying it. 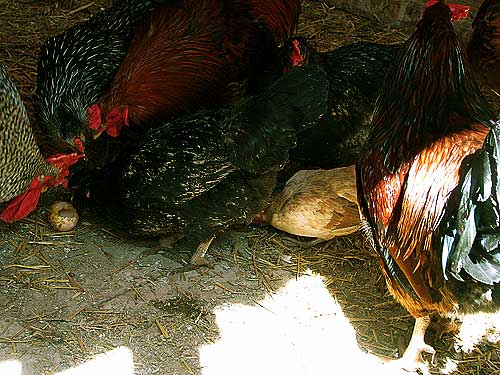 Anybody ever seen anything like this? These chickens were in an absolute snit about this egg, crowding around it, pecking at it. 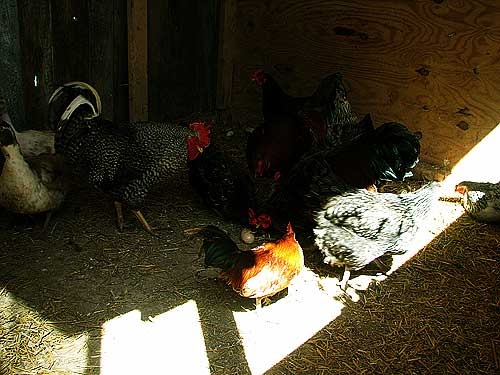 If I’d tried to get near that egg, I think Mean Rooster would have killed me.

I’ve been thinking it might be because it was her egg. 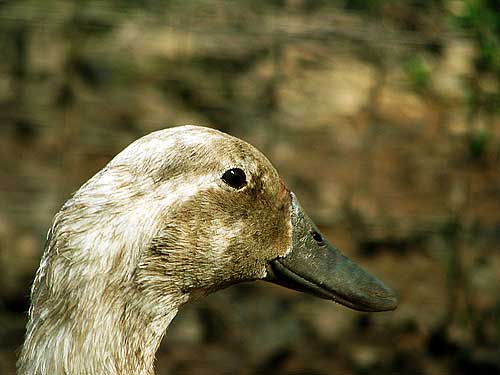 I’m not positive it was a duck egg, but I think it was. For the past few days I’ve been finding a big white egg on the floor that I think is a duck egg. Would chickens try to destroy duck eggs? Are they making a statement about whose house it is, after all? No (More) Ducks Allowed! Or are my chickens just psychotic? 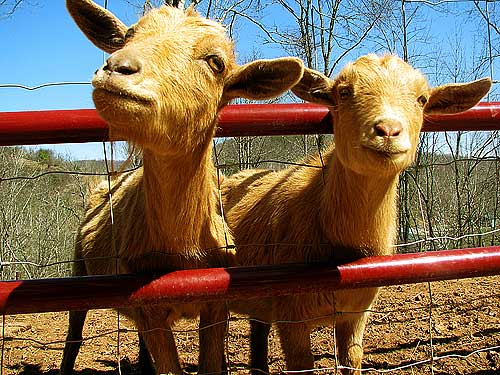 I get all the crazy ones!!!