Yesterday morning, I spotted clumps of wool in the sheep field. That’s not good. As I got closer, I knew exactly whose wool it was, too. Minnie Belle’s. (With her half-Cotswold blood, her wool is markedly different from Annabelle’s, even though they are both white sheep.) Something was wrong. Very wrong. The sheep were sheared a few months ago and wool doesn’t just naturally fall off them in clumps.

I didn’t want to go find out, since I halfway knew already, but go find out is what you have to do next.

Adam and Robbie arrived shortly after I came back from my first walk into the field, to finish the goat house remodel, and went back with me to investigate then up and around the fields and into the surrounding woods. Both Minnie Belle and Crazy Junior (the ram) were killed. Annabelle and Miss Crazy Jacob were both attacked and have minor wounds.

To the best we can figure, here’s what most likely happened. The predator came in from the back of the field and went after every single one of them until it caught one. The ram may well have attempted to protect the ewes, or he was wounded severely but Minnie Belle presented a meatier or easier final target–whatever happened, the ram was left behind to die. Minnie Belle was bigger than Crazy Junior, and slower with her lumbering Cotswold gait. She was taken down at mid-field and (most of her…..) was carried across the creek, over the fence, across the goat yard, over the fence again, and back into the woods.

Both of my Great Pyrs were in the goat yard, which is likely why the easier prey–the goats–weren’t taken. It was simpler to go after the sheep with no dogs to interfere in the attack. How much ruckus was involved, I don’t know–but I’m sure there had to be one and I don’t believe I was home when it happened. The fact that she was taken away, almost whole…. The fences left undamaged…. Not to mention the wound evidence on Annabelle and Miss Crazy Jacob…. It wasn’t a coyote. There are claw marks–suggesting a mountain lion or a bear. The paw size based on the claw pattern is too close together for a bear (but also too large to think it was a big dog that came in here). A bear would most likely have damaged the fences, and probably would have set to work on the carcass at the site of the attack. This predator was large enough and strong enough to haul a whole sheep over a fence–and leave the fence intact. Everything points to a mountain lion, fully capable of climbing over fences without damaging them and prone to carrying off an entire carcass to enjoy later at another location. A mountain lion usually kills by a powerful bite to the base of the skull, breaking the neck. All that was left behind of Minnie Belle was her head. A mountain lion can attack at any time, but most likely at dusk or right after dark. It’s not unusual for a mountain lion to kill more than it can carry off. I only had four sheep. It took out half my flock and attempted to kill them all. 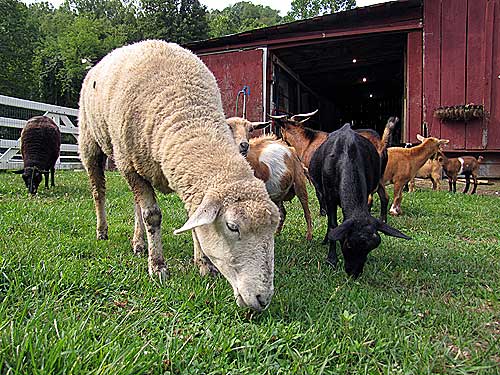 It’s easier to see the attack on Annabelle’s white wool–blood on her coat where she was clawed as she ran. 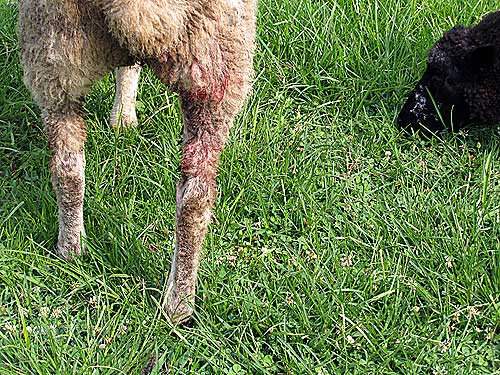 When you pull back the wool, you find a pattern of claw marks.

I took Annabelle and Crazy, together with the goats and the Great Pyrs, to the front barnyard where I can shut them in the barn at night for the next week or so (AT LEAST) in case the big cat thinks it might want to come back for seconds. I’m really glad now that I have two Great Pyrs. I just recently started keeping Coco outside at night–she had begun to object to coming in the house at night–and I had put her together with Chloe in the goat yard. (I was thinking Coco’s maturity as a livestock guardian would be a good influence on Chloe, who is still a bumbling, crazy puppy in many ways.) Now I will keep one with the sheep and one with the goats. 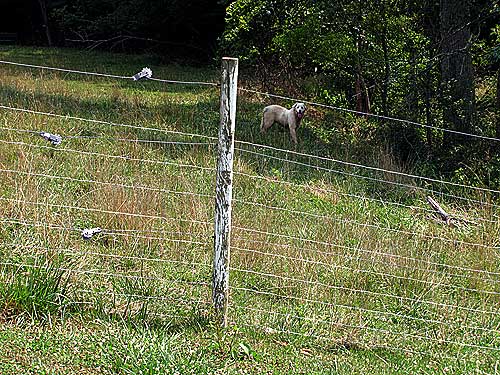 Chloe is really still just a big puppy, but it’s time for her to go to work. 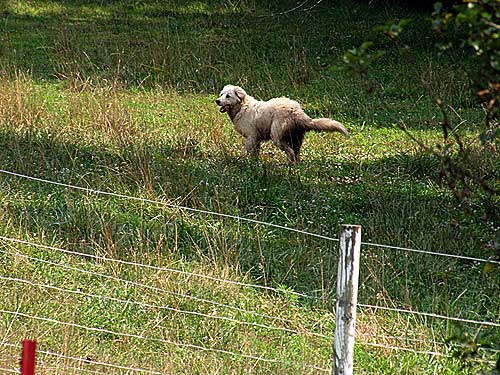 I don’t believe a Great Pyr would win an actual direct fight with a mountain lion, but the fact that the goats are all still alive emphasizes that they are a significant deterrent by their mere presence stationed in a field. It is also a reminder that what they do is an important and dangerous job. Their presence in that field saved my goats. Pieces of Minnie Belle’s wool are strewn straight across the goat yard (likely from dragging), from the mid-field point where she was taken down in the sheep field. While the cat carried her out across the goat yard and past the dogs, it moved quickly there, making a straight path, and refrained from any attack in that field. Possibly because it already had what it wanted, but most likely also because of Coco and Chloe.

I treated Annabelle’s and Miss Crazy Jacob’s wounds–they’ll be fine. They were really shy when I went into the field–I had an unusually hard time getting them to come to me. They were hiding in the trees. Once I got them to the barnyard, they continued in the same way, hiding in a stall for most of the day, which is not their usual behavior. They’re freaked out.

I’ve never had an attack like this before. It is freaking me out, too.

Minnie Belle and Crazy Junior were both a little over a year old, just coming up on their full size. The ram was a short-timer. I was planning to replace him, and I’ll be looking for a new ram soon. But the loss of Minnie Belle is tough. With her gorgeous crimpy fleece and meaty construction, she was my best ewe, and what I considered my future cornerstone breeder for my very little flock. 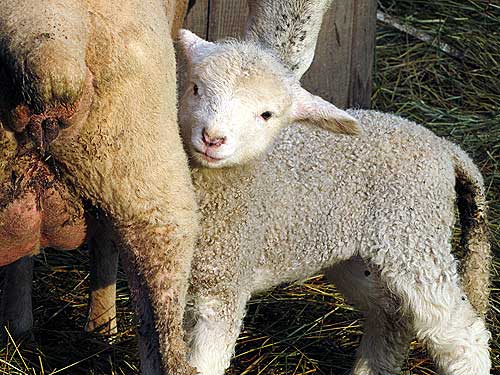 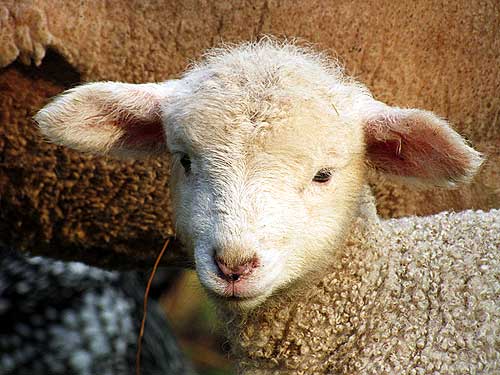 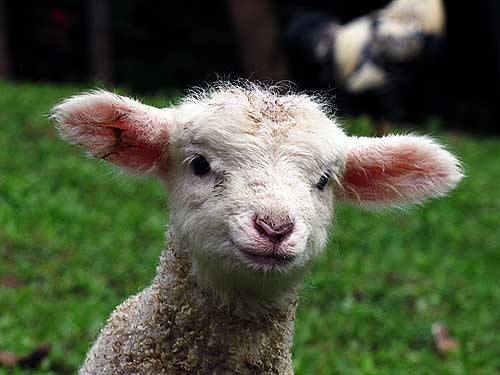 Not to mention, I was pretty darn attached to her.

Stumbling across Minnie Belle’s head was surely the most gruesome experience I’ve had on a farm.

It was kind of a tough day. I didn’t know Adam and Robbie were coming–they work on other farms and come out here periodically, and with the extended power outage disruption for everyone here, I didn’t know when I’d see them to finish the goat house. I was very glad to see them and have some help with the various aspects of the aftermath, particularly in added securing of the sheep field fencing for Chloe and testing her in the field, and in holding down Annabelle and Crazy so I could treat their wounds. It was a good day for some good news.

P.S. This incident has been reported to the West Virginia Department of Natural Resources. They keep track of suspected mountain lion attacks. Someone is supposed to call me today. I’m not sure if they’ll want to come out to investigate or not. Mountain lions have been sighted in this area in the past.