Any event involving the transportation of animals requires an experienced handy helper.

I just have Morgan. 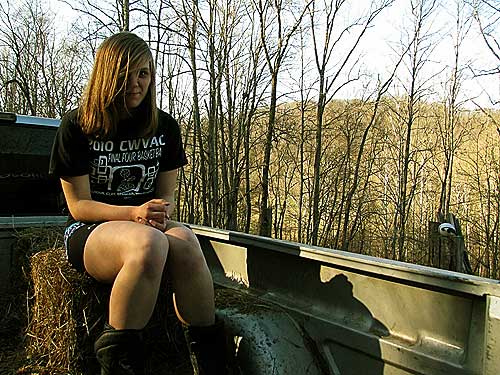 Who happens to be experienced and handy, actually! Most importantly, she’s willing. And cheerful!

Actually first we had to get into the goat yard.

This is what it looks like when you try to get into the goat yard. 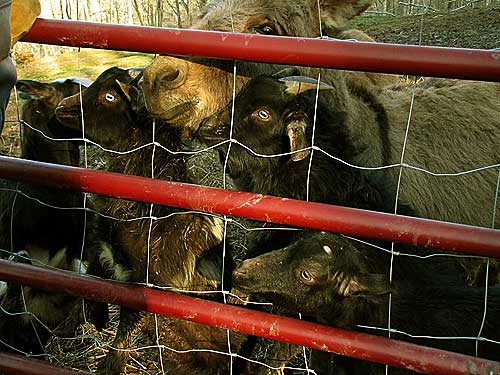 They have the gate pretty well guarded.

We beat them off with wet noodles and got in there then our wily targets had to be stalked for at least two or three yards before capture. 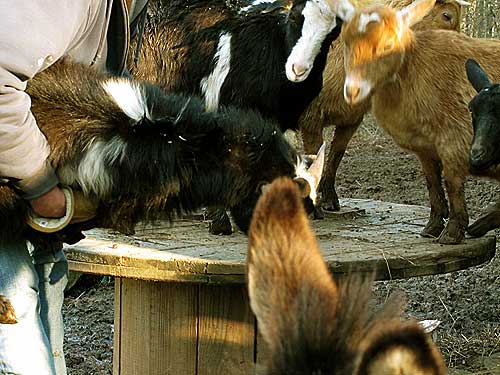 Clover said, “Where are you taking them?!” 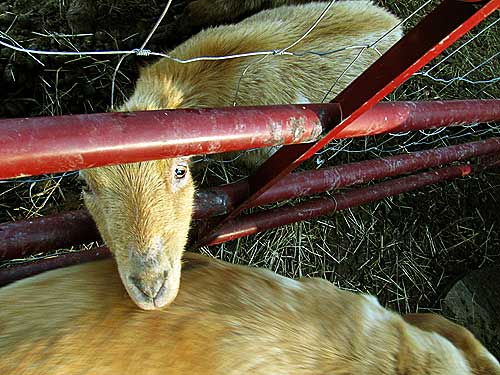 I told her there would be more cookies for her now and she said: 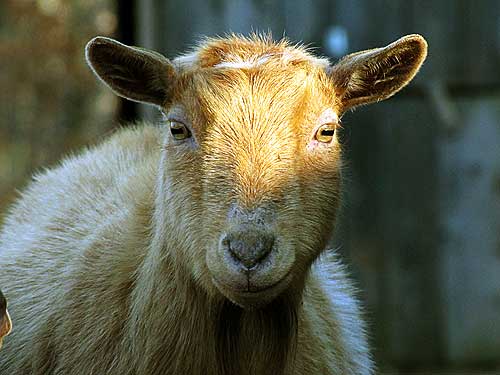 “Sailor and Pirate who?”

And off we went. 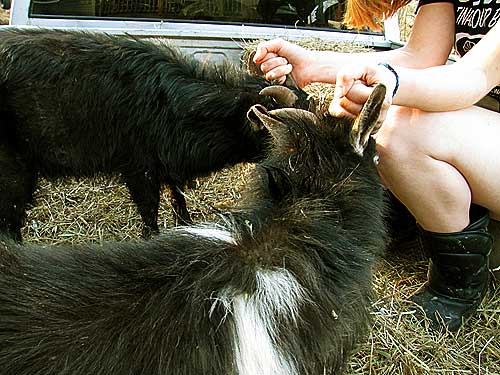 There were the introductions. 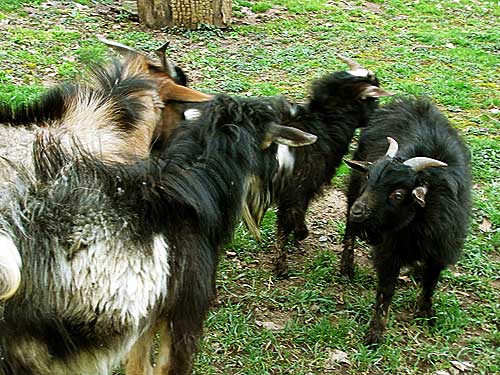 They met daddy for the first time. (Eclipse, the larger black buck in the photos.) 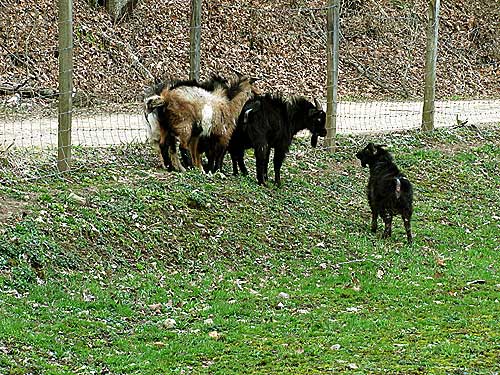 There wasn’t quite the ruckus that burst out when we brought Mr. Pibb down there six weeks ago. (See Mr. Pibb Makes a Move.) Eclipse and Mr. Pibb said hello to the younguns and accepted them into the boys club. 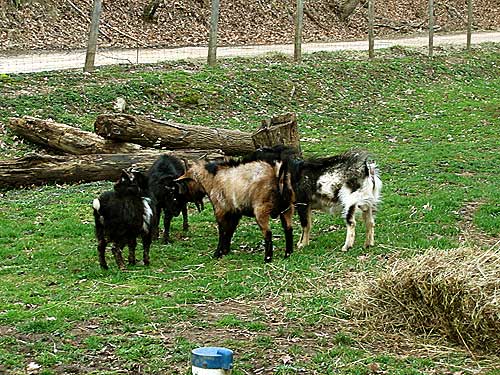 My theory is that it is because they are already the two top bucks. Eclipse was #1 and Rhett was #2 before Mr. Pibb got there. Mr. Pibb was older and bigger when he got down there and he posed a threat both to Eclipse and Rhett. They had to joust it out for position. I’m pretty sure Eclipse is still #1, only because he got there first, but Mr. Pibb is a close #2. Rhett, who is the only one with no horns plus he’s little, dropped down the ladder to #3. When these two guys showed up, still young enough to be much smaller than all of them, Eclipse and Mr. Pibb realized they were beneath their concern.

Rhett, on the other hand, saw his #3 spot in danger of making a deep dive to #5. 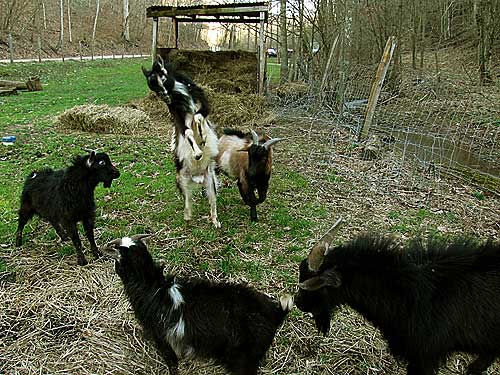 So he chased them around. 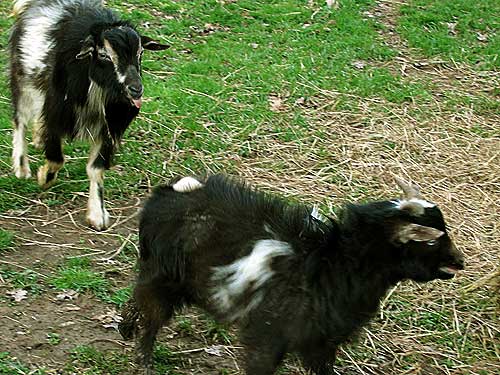 He tried to lock horns with them despite his lack of horns, and generally made a pest of himself in an attempt to intimidate them. 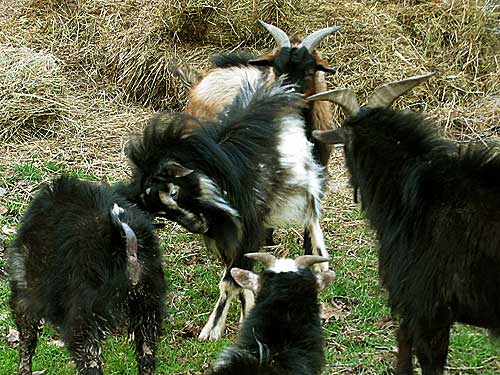 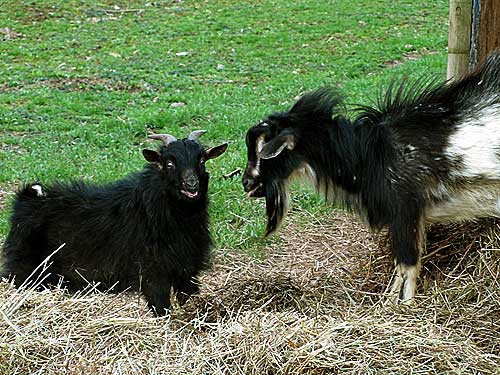 Clover: “Sailor and Pirate who?” 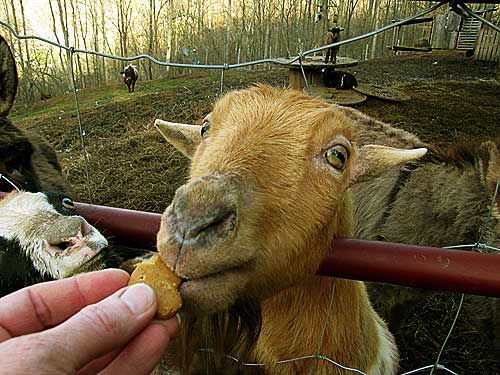 Then Mr. Pibb took them under his hoof and said, “Boys–” 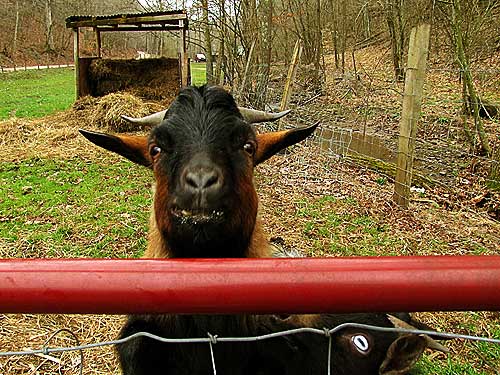 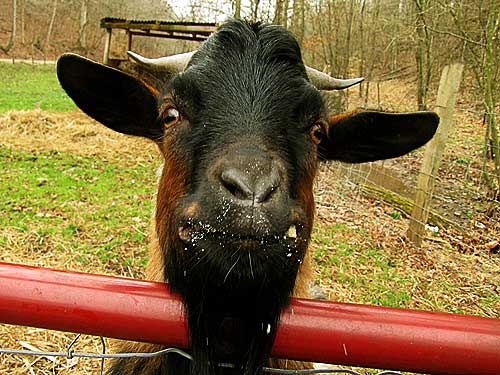 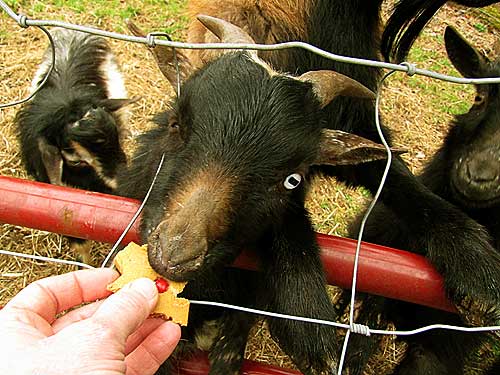 And so it was!