Beulah Petunia started up bellowing on the morning of June 9. By that afternoon, we had her down the road to the bull. The bull didn’t pay much attention to her at first. It was June 14 before he was actively writing love songs to her. I thought maybe we’d gotten her there too early, but maybe we actually got her there too late. The most fertile time for a cow is relatively brief, about 12 hours. I don’t know. I just know that 21 days later to the dot, on June 30, BP started up bellowing. She didn’t start up till the afternoon, and I’d been hopeful that morning, ready to offer her a pickle! But by afternoon, she was bellowing to beat the band and there was no denying that it was just the same as it had been on June 9 and that it was too much of a coincidence that it was Day 21.

I brought her into the goat yard in preparation for taking her down the hill, across the river, and up the road to Skip’s farm. (The road! Not over the hill and through the woods. We found last time that it was much easier to simply walk her on the road.) 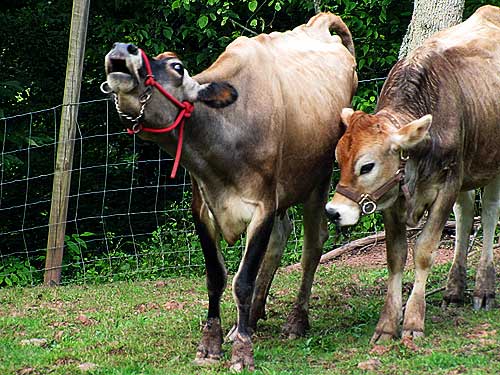 Meanwhile, I had a series of thoughts that went something like this:

1. I should leave BP at Skip’s farm for 25 days. I know now that she is like clockwork every 21 days. If I leave her there for 25 days I will have her there for this heat and through another heat, with no risk of missing her most fertile time by a few hours.

2. While we’ve got the mobile milk-maiding down now, it’s not fun. It’s kind of a hassle. And I’m going to do that for 25 days?

3. Glory Bee is NOT WEANED.

4. Shouldn’t the brat calf do something useful for a change?

And then I called Skip and asked him if the brat calf could come over, too.

BP nearly ran down the road. She knew where we were going this time and she could hardly wait to get there. She said, “Forget the flower! There’s no time!” She ran and ran and called to her honey and ran some more. I had a hard time keeping up with her.

Glory Bee came running right along after her, crying: “I will never leave you or turn back from following you. Wherever you go, I will go. Wherever you lodge, I will lodge. Your people shall be my people!” 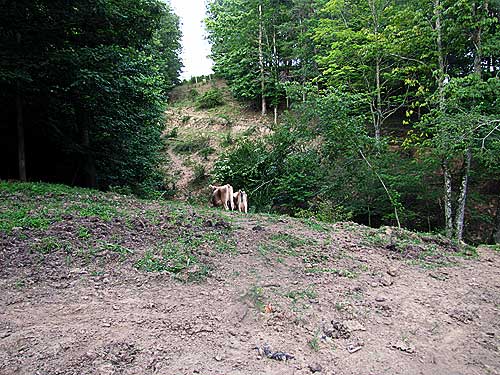 No sooner did they arrive than the bull came calling. 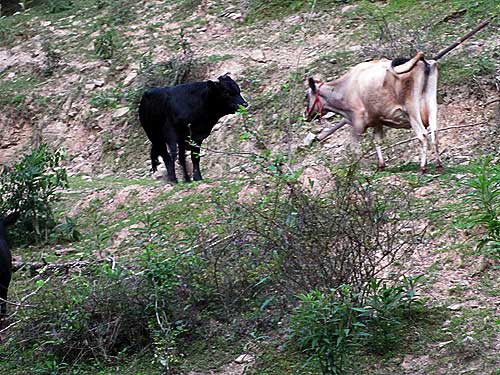 Everybody was so excited, they didn’t know which end was up. 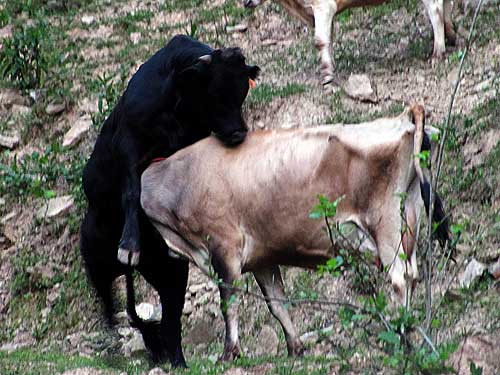 They got things straightened out. (Whew.) 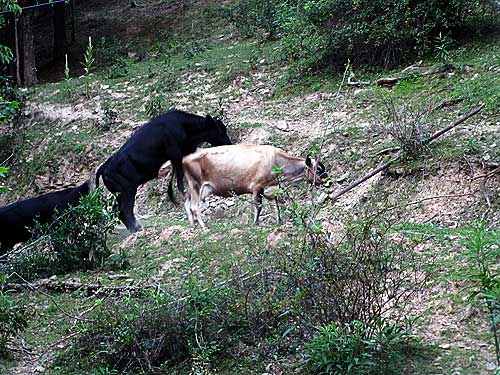 When I arrived the next evening to feed them, Glory Bee was doing the milking. 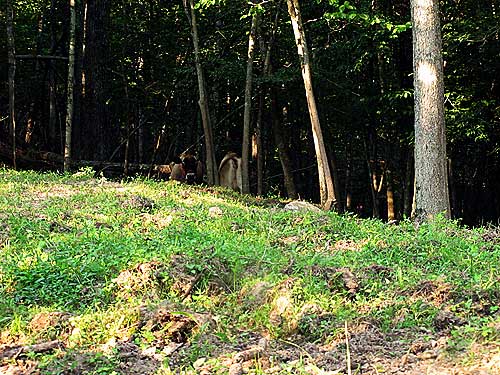 Mister was still in attendance, waiting in the wings. 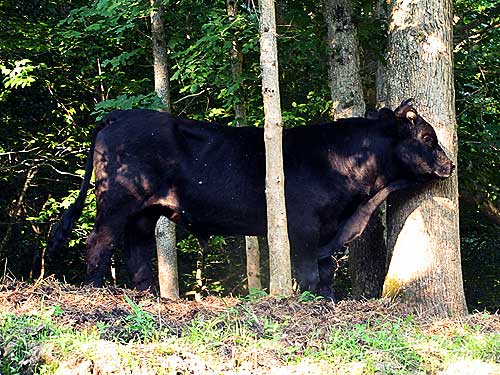 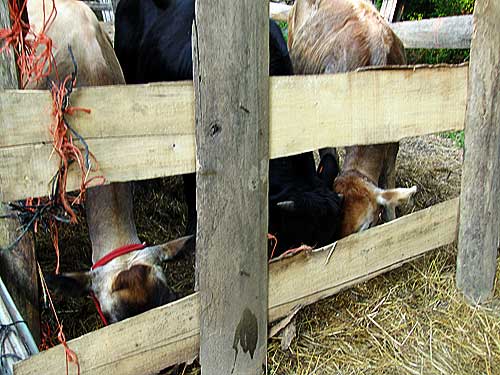 By the next evening, he was gone-gone-gone, done with BP and moving on to the next girl on his list.

Could Glory Bee get pregnant, too? Maybe. I haven’t been watching her for heat cycles, so I don’t know if she’s gone into heat yet. Likely so, but she’s half Brown Swiss and sometimes the heavier breeds reach puberty at an older age. Most of what I’ve read says the best time to breed a heifer is between 11 and 15 months. It’s supposed to be good for their lifetime reproductive health to calve for the first time by the age of two. Glory Bee is 10 months old, and she’s a big, healthy heifer. I’ll be watching every evening to see if the bull is attending her. If she does go into heat while she’s there, he’ll let me know. He’s pretty on top of things. 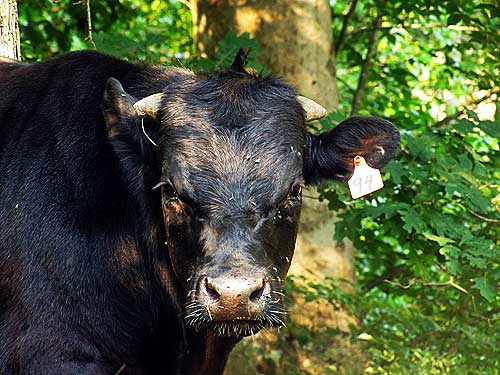 In a manner of speaking!