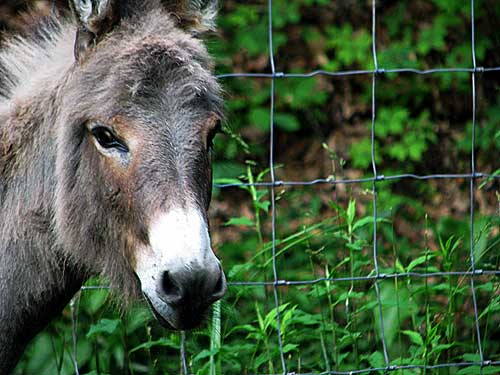 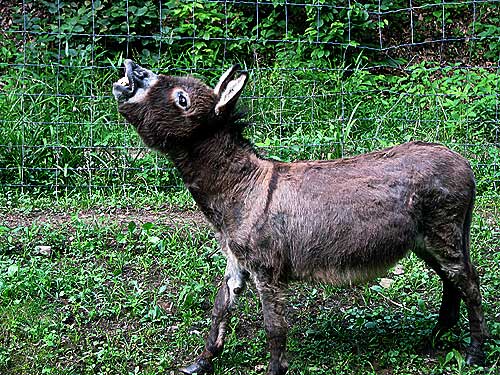 There’s been a lot of carrying on around our farm this spring, but nothing (and I mean nothing, not the roosters wearing the feathers off the hens’ backs, not even the wild affair of Clover and Eclipse) prepared me for what happened when Jack met Poky. 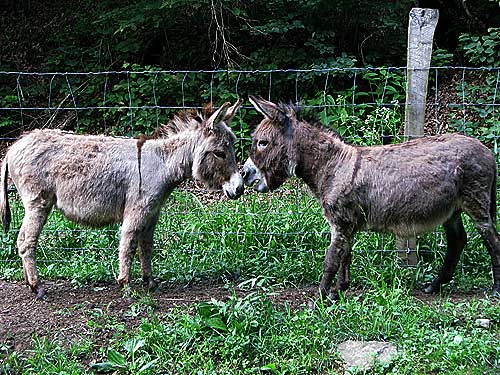 Jack made sounds that were indescribable other than to say I thought he was dying. He bared his teeth and screamed. 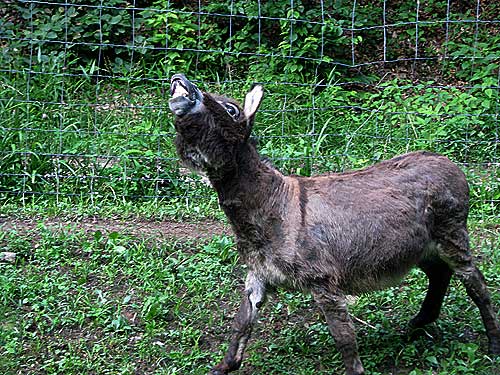 We’re not quite sure if Jack has seen a female donkey before. We know if he has, it hasn’t been for a long, long time. In fact, it’s been a long time (years) since Jack has even seen another donkey, period. He was an only donkey with his last two owners.

But he recognized a girl donkey when he saw one. 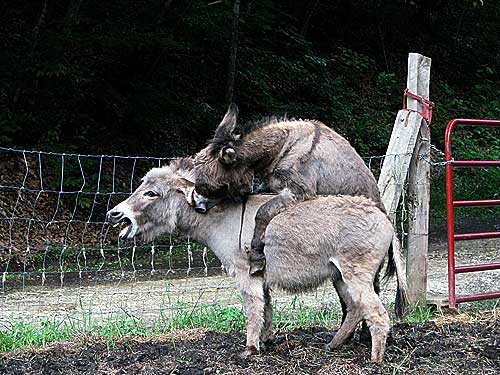 Poky wasn’t as excited about the whole thing as Jack. She ran. 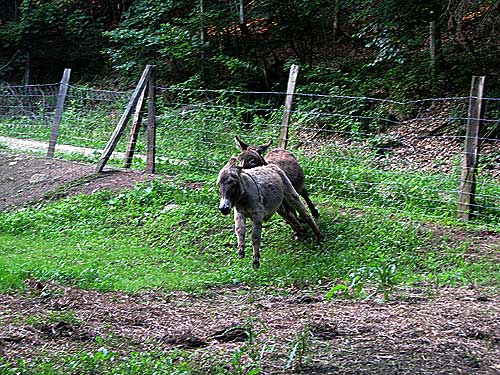 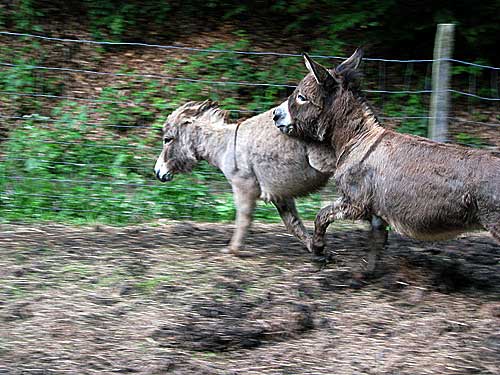 And did some screaming of her own. 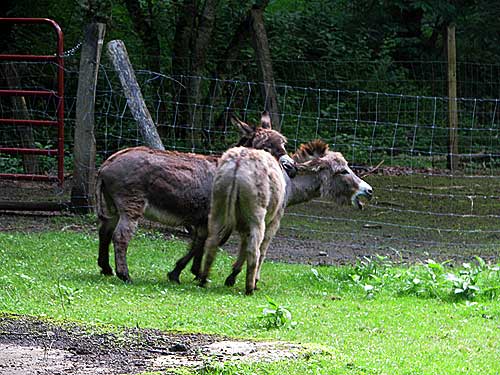 Jack was completely unfazed by her lack of amore. 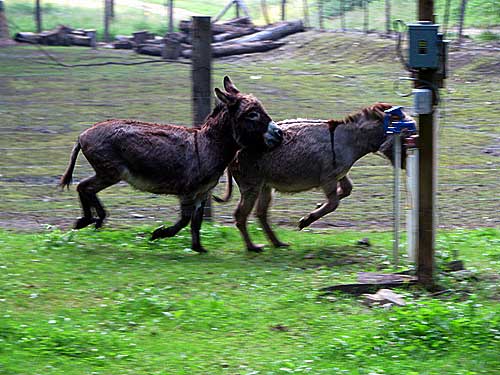 He had enough love for them both! 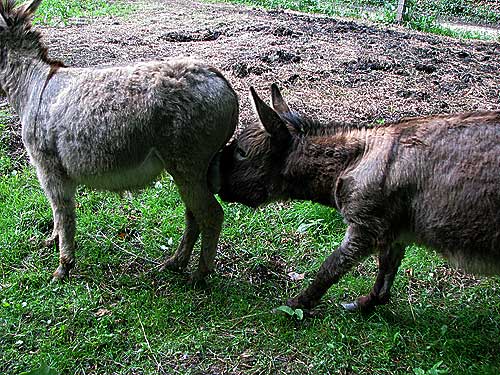 Beulah Petunia, trying not to look. 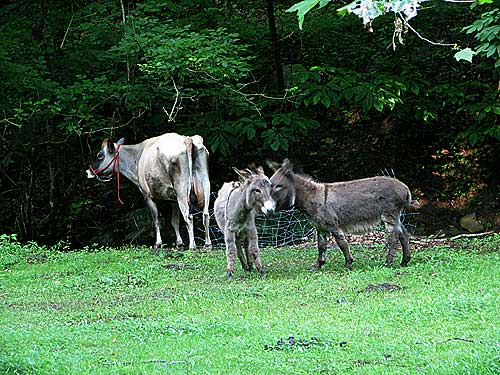 Me, I was just trying to stay alive. Forgetting that Jack and Poky are much larger animals than Clover and Eclipse, I didn’t foresee that it would actually be a little bit frightening to stand in the field during the ruckus of their first meeting. I wasn’t prepared for the stampede. 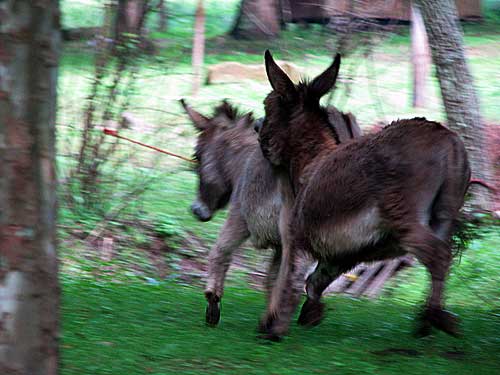 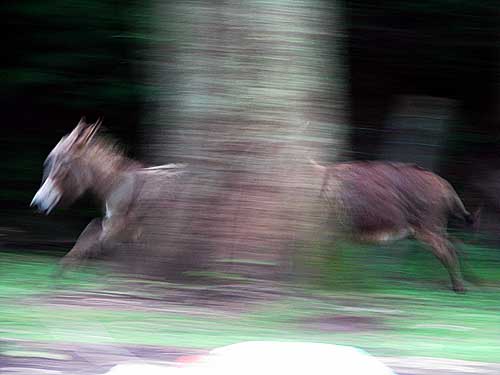 Even in person. Because I was closing my eyes and crying for my mommy while I was hiding behind a tree trying to not get run over while they made 100 mile per hour circles around me. It took about 30 death-defying minutes for things to calm down.

Then Jack told Poky she was real pretty. 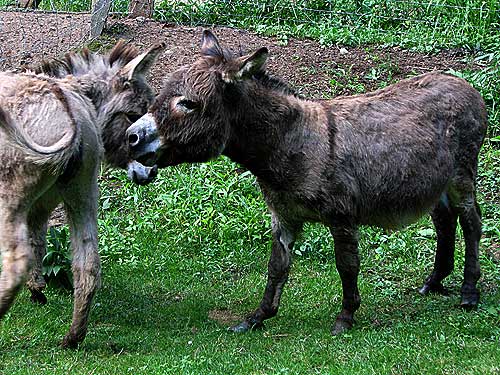 And that he’d been waiting for her all his life. 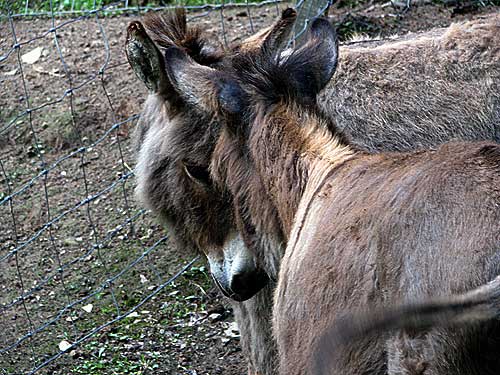 Jack is so possessed by Poky, he could barely stand to have his hooves trimmed this last time. He almost broke the gate down when she was taken out to have hers done. Jack has been a lonely donkey for a very long time. 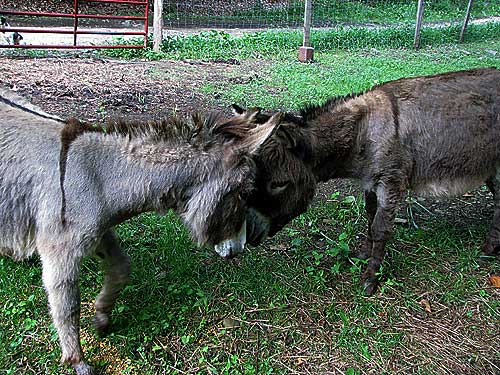 And now he is in love.