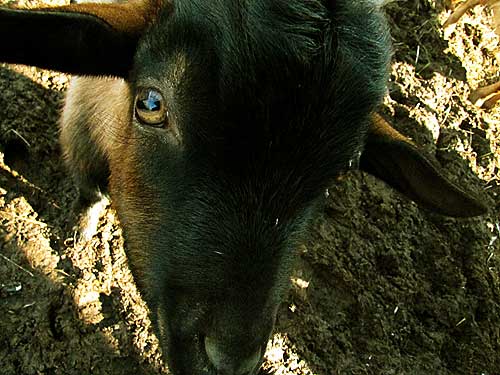 He likes the ladies. I need to send him, along with Clover’s boys, down to the bottom pasture to live with Rhett and Eclipse, but I’m having a hard time bringing myself to do it. I love Mr. Pibb! 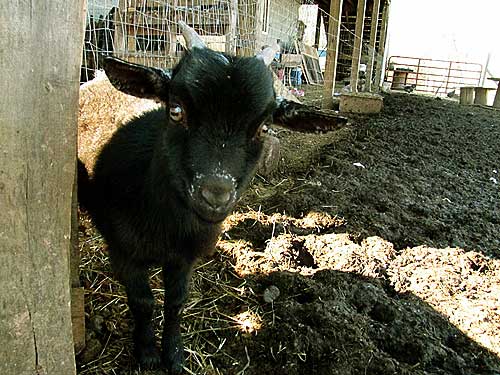 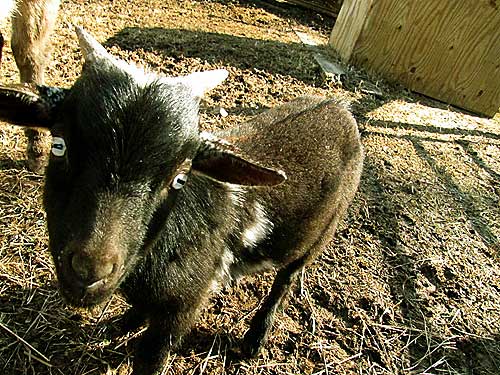 I have this idea to create a duck ‘n’ buck yard out around the pond. Fence it all in and build a duck ‘n’ buck house. The ducks could have their pond. They’d also have the goats to protect them. (No, goats don’t actively protect, but the mere presence of larger animals helps ward off some smaller predators that would otherwise go after chickens and ducks. I’ve found this to be true for my chickens who roosts on the goat pen gates. I think it would work in the duck ‘n’ buck yard.) The boys would be up the hill, not too far from the house, for easy visiting–and easier winter feeding.

And I wouldn’t have to send Mr. Pibb down the hill.

Meanwhile, I’m feeling pretty sure he’s done his job in the goat yard this fall.

Nutmeg, aka Rotunda, has long had unexplainable weight issues (she eats the same as everyone else), but I would swear she’s looking even bigger lately and starting to waddle. 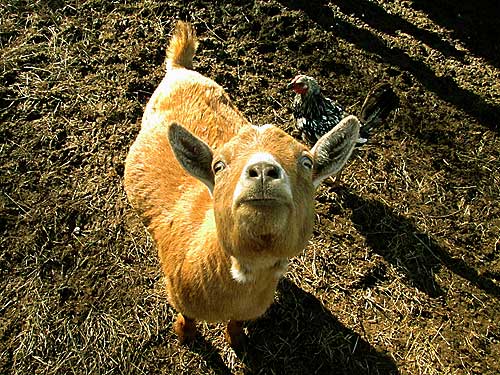 I believe Fanta is sporting a baby bump as well. 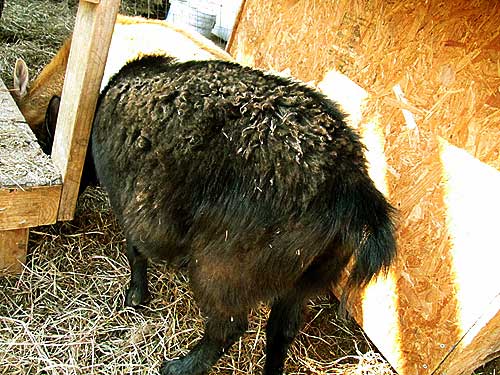 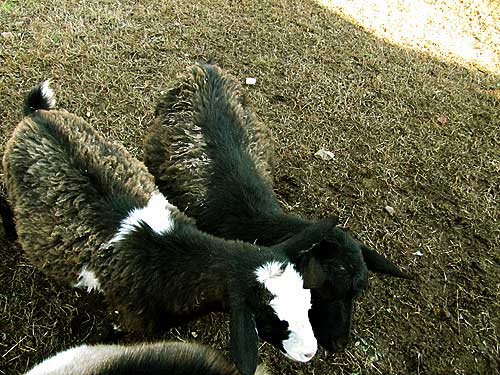 Goats can have one, two, or three babies. Usually, it’s twins, like Clover had. 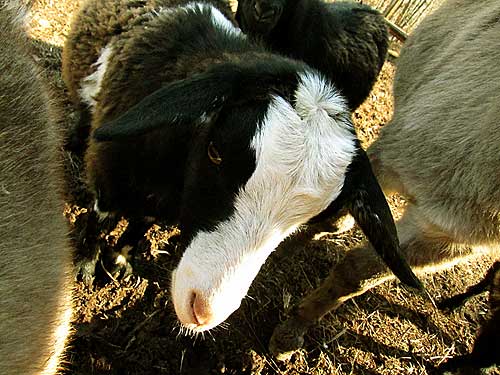 The whole thing wasn’t planned real well. I’m going to have goat babies at the coldest time of the year, in January and February. We’ll have to make sure they have plenty of straw and shelter to stay warm. 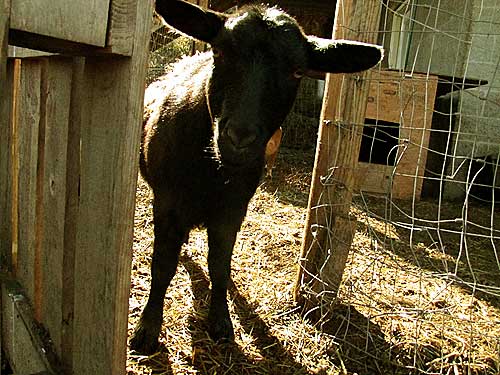 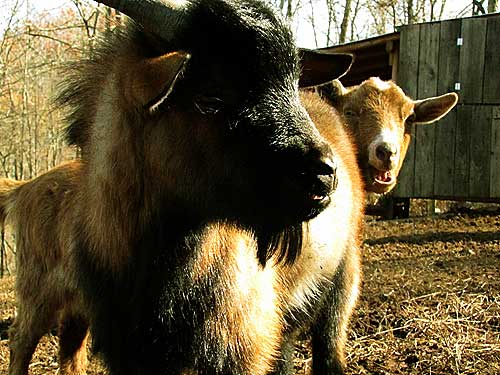 We’re gonna have a bunch of babies bouncing around in the snow. I can’t wait!