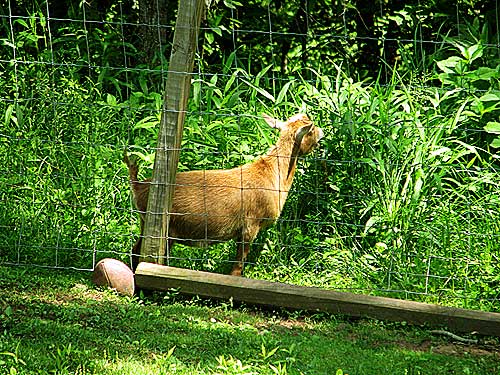 Ah, the lure of the tall, tall grass in springtime! The grass truly is greener on the other side of the fence. And taller. Much taller. Taller than Nutmeg, aka Rotunda, who is somehow, despite her broad girth, always the first goat to make a hole somewhere and Pooh Bear-ishly push herself through to the buffet.

This time, she brought her mother with her. 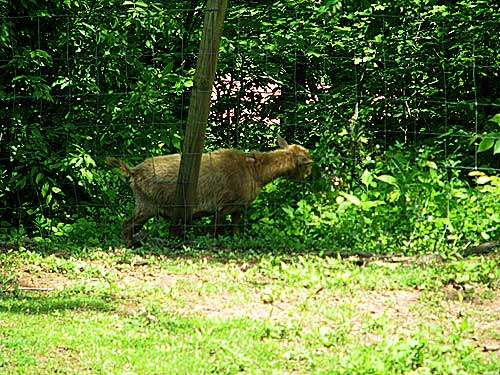 After some hole repair, I armed myself with the necessary weapons. I was out of cookies, so I chose a bag of fresh-baked buttermilk biscuits from breakfast. It seemed a sad end to my bag of biscuits, but they were loyal and patriotic in the face of their duty. 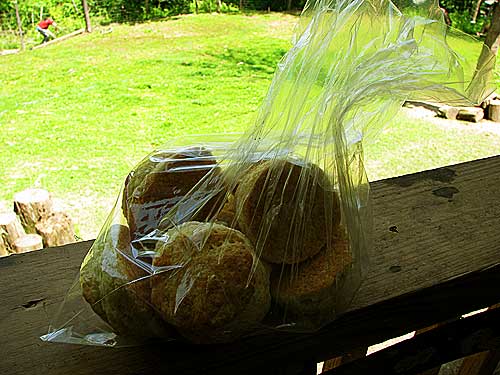 They were prepared to give their lives for their farm.

I entered the fray and was immediately set upon by the advance troops. 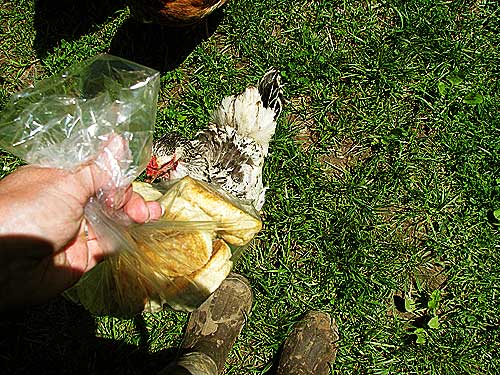 They knew at once that I had biscuits and they were after me. 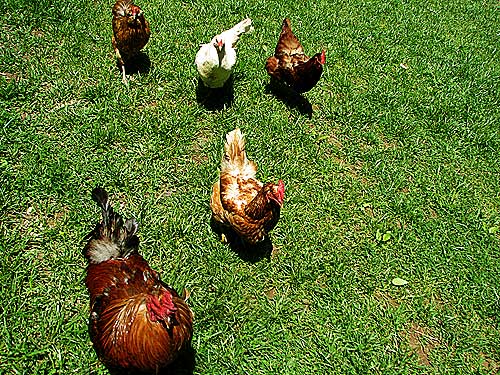 They are a fierce bunch. I had to throw them a biscuit to escape with my life and move on to the true, and even more cunning, foes ahead. 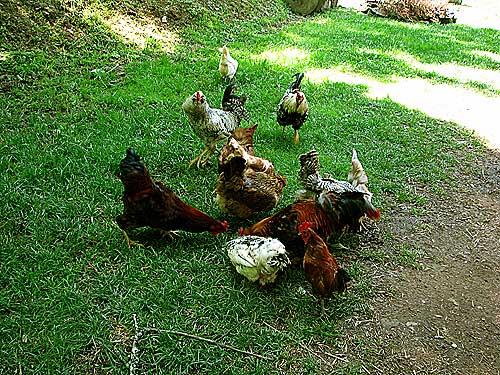 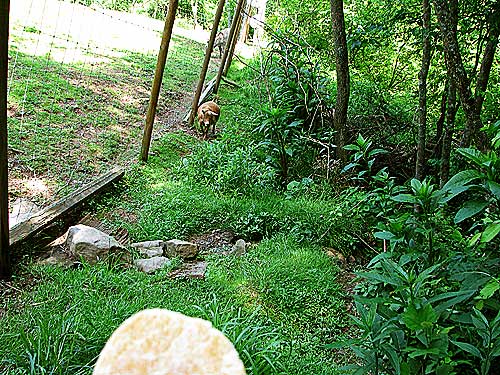 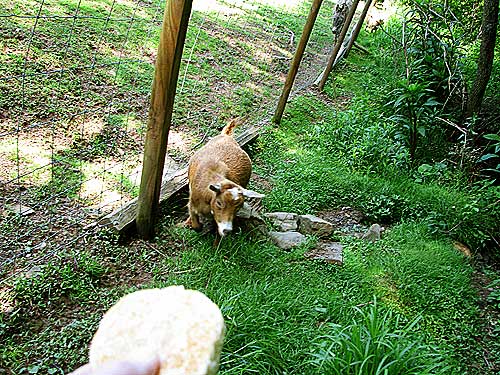 I give her a bite of one and show her my full bag. Rotunda falls easily, a slave to her own weak will. 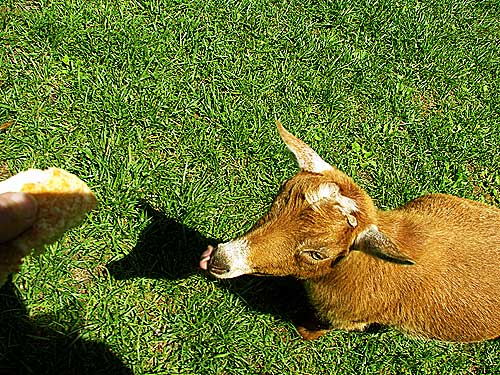 She is re-captured to her area of detention where she enjoys the rest of one light, flaky buttermilk biscuit. 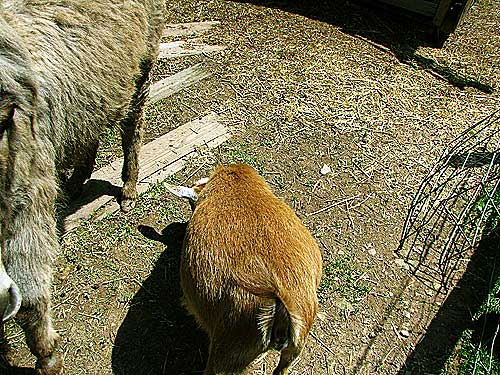 I fight past the chicken brigade again, sacrificing another biscuit. 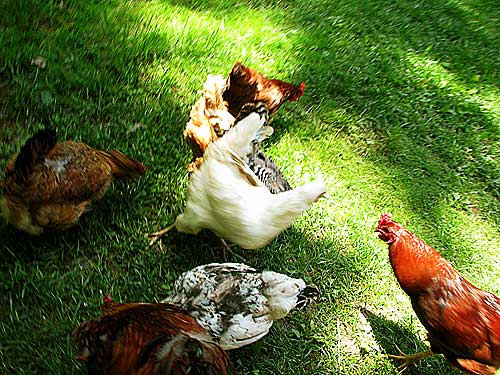 From the other side of the fence, Nutmeg calls out a warning. “DON’T FALL FOR IT, MAMA! SAVE YOURSELF!” 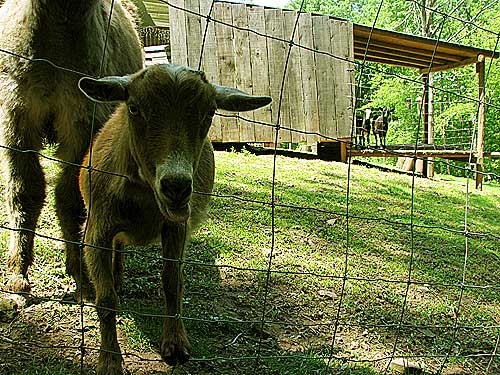 “Just bring the biscuit to me,” Nutmeg says. “I will take the biscuit for you, Mama!! Don’t believe the bag! The bag is a lie! I WANT ANOTHER BISCUIT!” And she stomps her hoof a little bit. 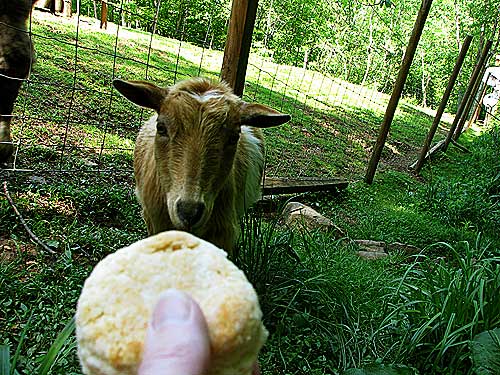 But it’s too late. 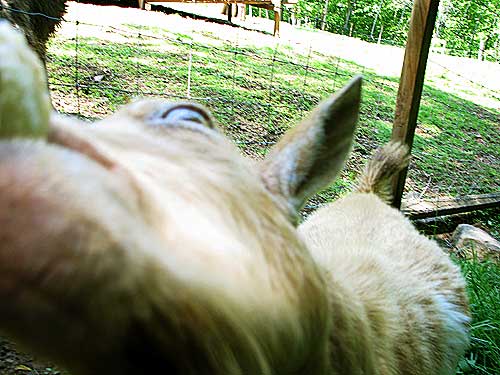 Clover has entered the biscuit’s aura. 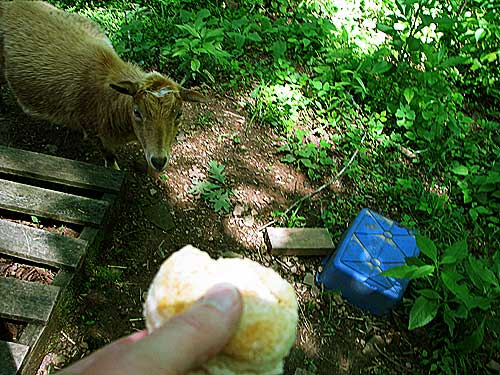 After one intoxicating taste, she will follow the biscuit anywhere. 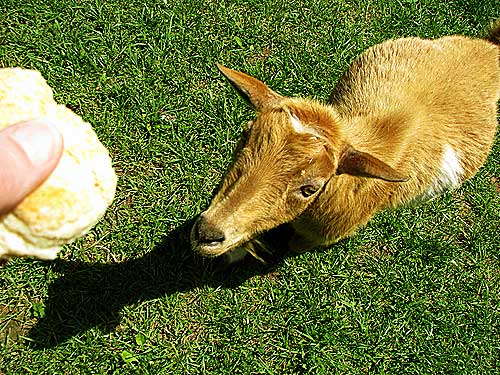 Even right back to prison….. 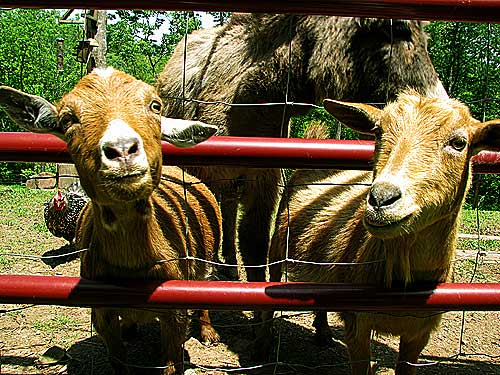 ….where I give the rest of the bag of biscuits to the good children, Fanta, Sprite, Poky, and the other goats, and where Clover and Nutmeg have plenty of time to ponder the power of biscuits and their own tragic addictions to home-baked treats. 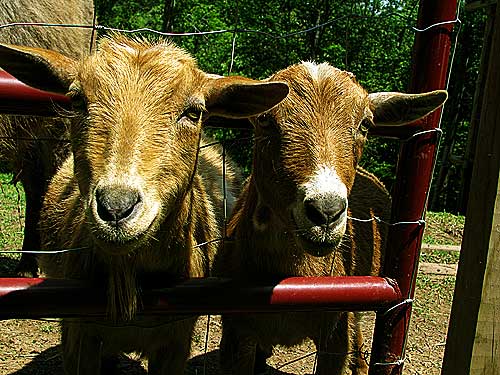 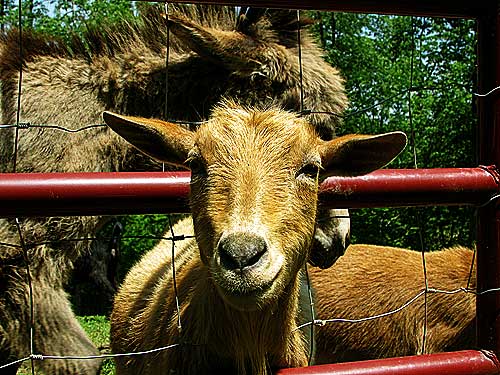 “–AND NEXT TIME THERE BETTER BE CAKE!!!”