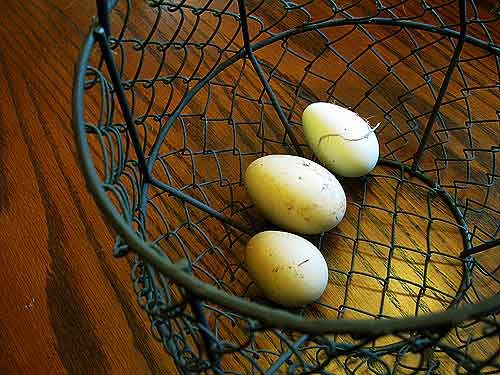 The mystery eggs are getting bigger! And I even got one that is a nice minty green, just as an Araucana egg should be. I’m still finding one, sometimes two, per day and always on the floor of the hen house. I’m planning to put a nesting box on the floor, but until then, I’ve been gathering the eggs and putting some of them back in one of the regular nesting boxes.

Maybe one of the hens will get ambitious and sit on it. I want more chickens! 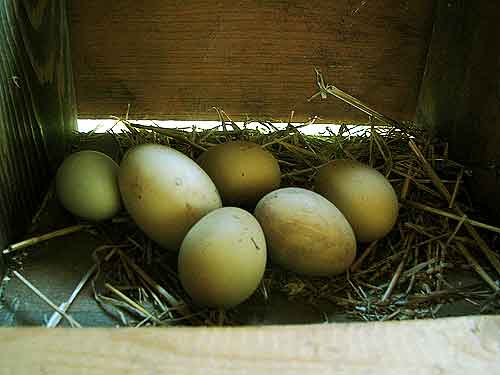 So far, none of them seem too interested in accepting the job. And nobody’s telling me who laid ’em, either. They’re secretive. Maybe they’re secret agents. 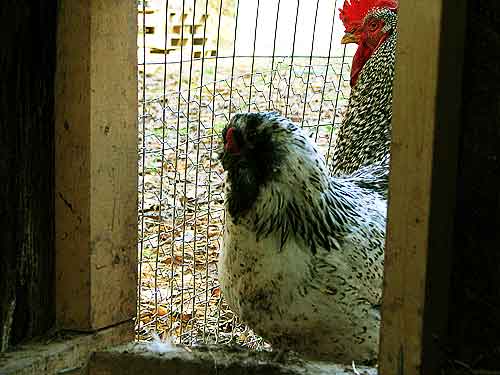 Double agents, cruel and tireless. They masquerade as chickens while they pursue their true work for the Galactic Empire– 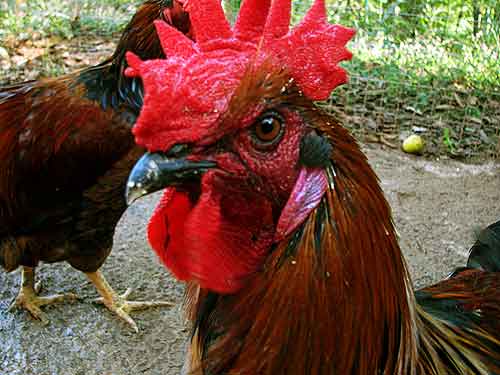 “Are you finished with your nonsense yet, woman?”