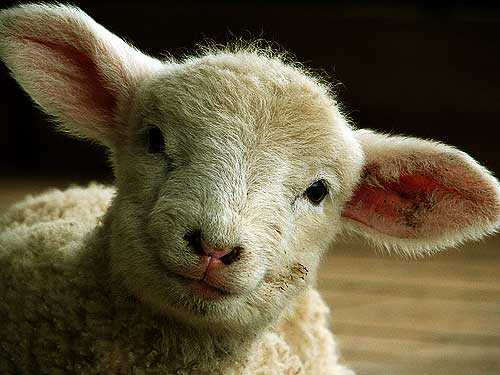 There is nothing in this world sweeter than a bottle lamb. It was almost exactly two years ago that we brought our dear little Annabelle home. We kept her on the porch with the dogs and I fed her with a bottle. Then she actually started thinking she was a dog, which was awesome. 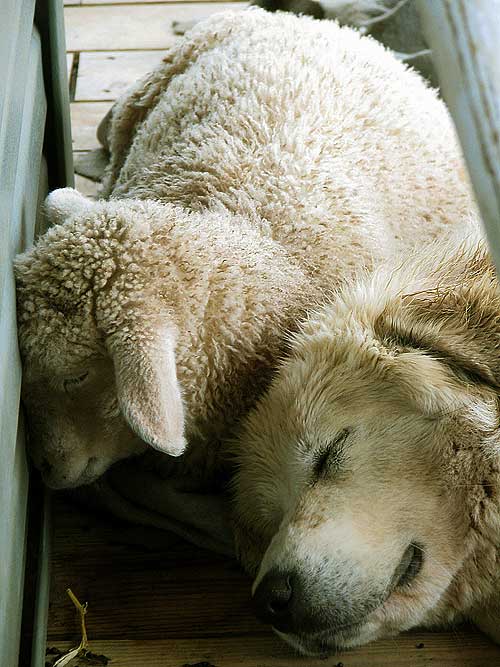 Except that eventually we had to let her off the porch so she could get some exercise. 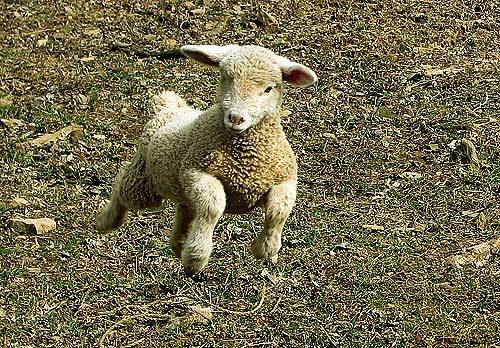 FYI, Annabelle is a Dorset-Suffolk cross, though she mostly looks like a Dorset.

And then we got her some friends, real sheep friends! 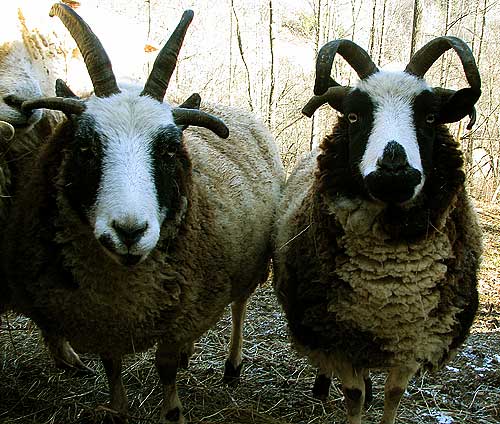 And the three woolly mammoths (aka Cotswolds): A Mr. and two Miss Cotswolds. 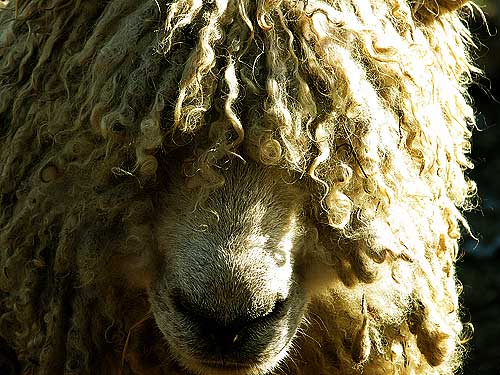 We got this flock of five sheep for free. We had heard about a sheep farmer who was closing out his operation and was looking for people to take his sheep. We drove a couple hundred miles to Virginia and loaded up five of ’em. I was excited about the wool, and also excited about breeding heirloom sheep and contributing to preserving them. Jacob sheep are a bizarre breed that can have up to six horns (ours have four). Jacobs are what is known as an “Old World” unimproved breed (meaning not altered or enhanced over the centuries by crossing with other breeds, also referred to as a “primitive” breed). They’re almost goat-like with their slight builds (when sheared, people often mistake them for goats when they see them on our farm) and they’re one of only a few breeds of sheep that remain spotted for life. Cotswolds are an old English heritage breed that is classified as rare. They were quite popular in the Middle Ages for their long curly fleece.

Before we drove two hundred miles to pick them up, the sheep guy promised to give us their papers. He told us they were registered. When we got there, he told us he hadn’t had time to dig up the papers and would send them to us in the mail. 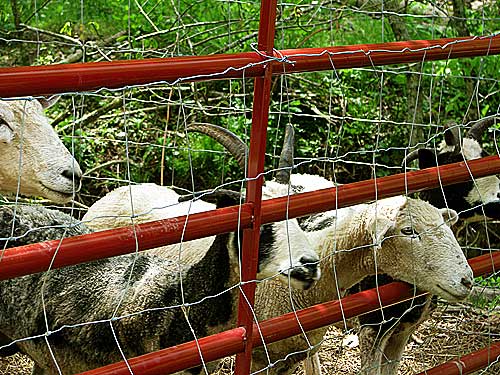 Cautionary tale: If someone doesn’t give you the papers when you pick up the animals, don’t expect to ever get them because once you drive away, they are done with you. 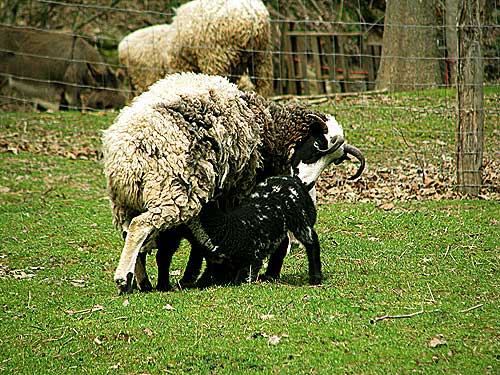 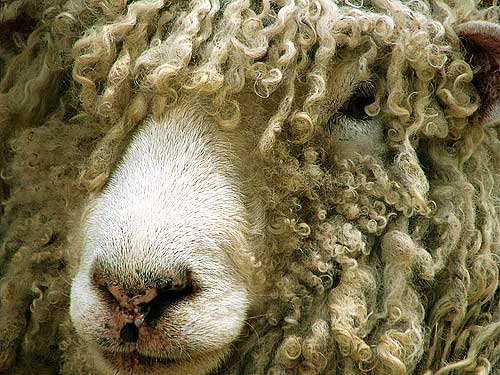 I’m also not sure about some other things, like why neither of the Cotswold ewes have had a lamb in the two years that we’ve had them. We know Mr. Cotswold is fertile. Perhaps he knew the Cotswold ewes were barren. Perhaps not. Perhaps they were older than he said they were. One of the Cotswold ewes died mysteriously not too long ago. Jester and Miss Jacob both gave birth to twin sets of lambs last year, but this year, only Miss Jacob has given birth. At least so far. It’s always hard to tell if sheep are pregnant right up till the last minute because sheep are woolly. 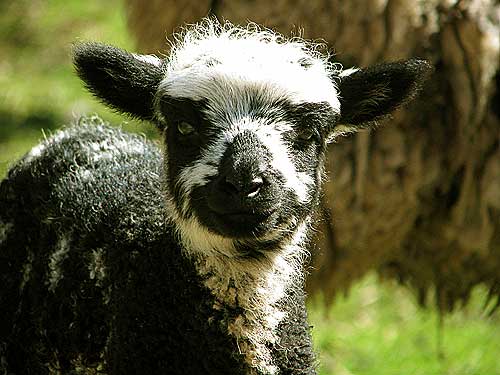 We kept one lamb from last year, a Cotswold-Jacob cross, because the wool is gorgeous, a mix of that wild curly Cotswold fleece with the beautiful color of the Jacobs. 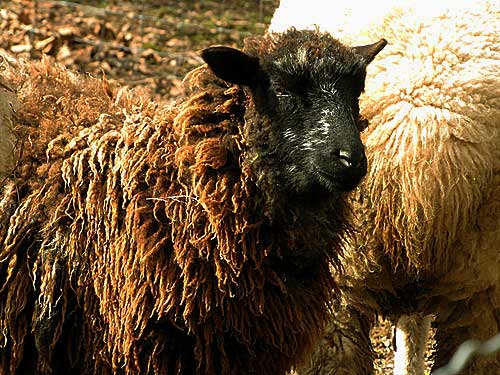 I won’t be keeping any more lambs, though. I’m not looking to grow our flock. 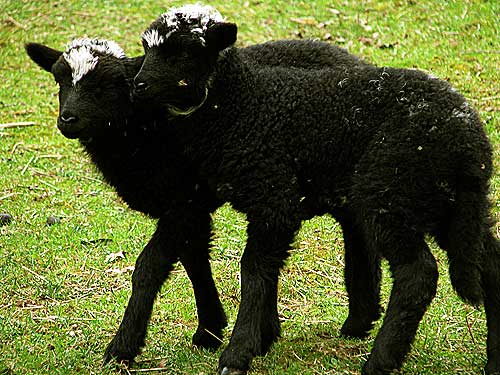 I have seriously mixed feelings about sheep. 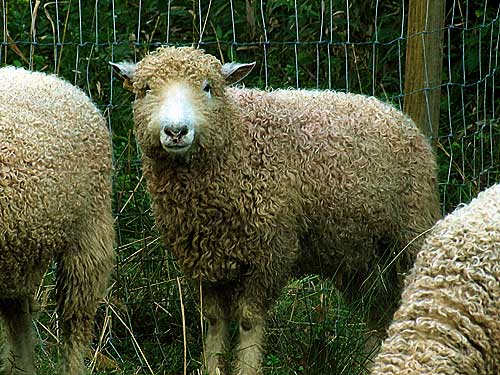 While I adore sheep for their somewhat mysterious personalities and truly awesome beauty (not to mention the cuteness of lambs), sheep are expensive to keep if you don’t have enough pasture and can’t grow enough of your own hay. Sheep are pigs. They can consume a bale of hay like nobody’s business and they can clear a field down to the dirt. We really don’t have the pasture to support sheep, which means we have to support them with a lot of hay. 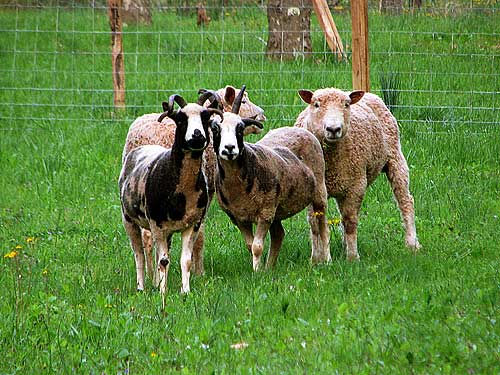 The average lifespan of sheep is eight to thirteen years (though some can live longer), so some of our sheep are old and others possibly older than we know. We only know for sure the age of Annabelle and the yearling from last year’s lambing. My plan at the moment (which is possibly ever-changing) is to allow our flock to decrease by natural attrition and sell all lambs born (other than the yearling we kept from last year). Since the other sheep are older, eventually we’ll just have Annabelle and our older lamb, and they’ll probably turn into pets. Not that Annabelle isn’t already a pet. 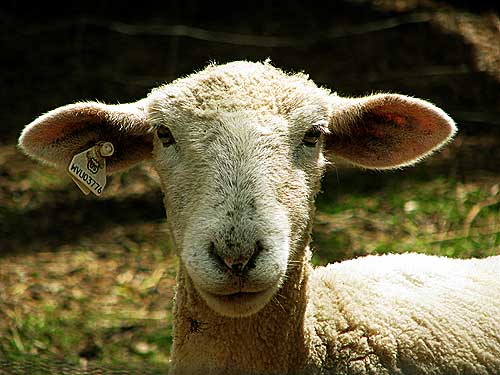 And–for those of you out there who have sheep and love sheep–please don’t take any of that as a slam on sheep. I still love sheep. There is something very peaceful about sheep in particular. Mine are mostly clumpers instead of dotters, but I love to see them when they do dot. I love dotting sheep. Sheep can be hilarious when they run and nothing is cuter than a bouncing lamb. (Or a full-grown bouncing sheep. See the video here.) Sheep are also insane with the way they will stand out in the middle of a pasture in rain or snow, completely ignoring their shelters. If you spend enough time with them, you will learn they have individual personalities, and they can be friendly and standoffish at the same time–though mostly they don’t care if you drop dead. (Annabelle is our most charmingly friendly sheep–because she was a bottle lamb, of course.) Rams can be scary–I’ve had my run-ins (LITERALLY) with Mr. Cotswold. Most of all, sheep are interesting. The Jacobs are my favorites, after Annabelle, because they are quite clever. (They really are goat-like.)

My favorite sheep story on my blog: Prodigal Sheep.

Sheep are an amazing experience. 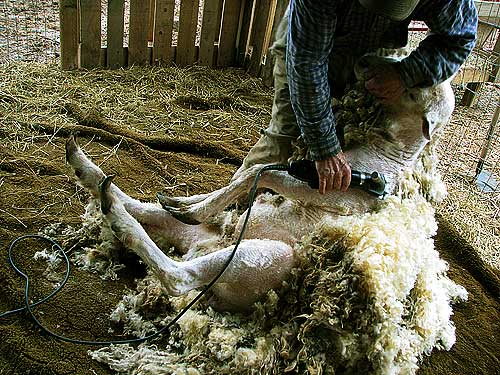 The wool’s not bad, either.

This post is part of my (sporadic) on-going “Cast of” series. See all my Cast of posts here.

See all the posts in my Sheep archives here. 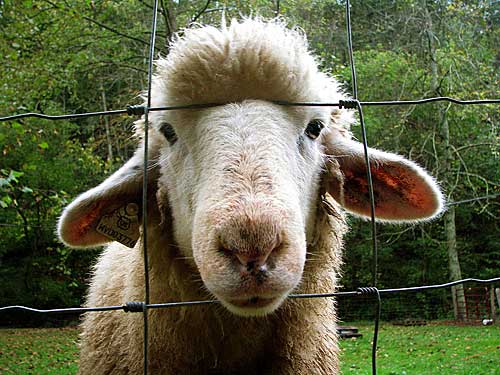