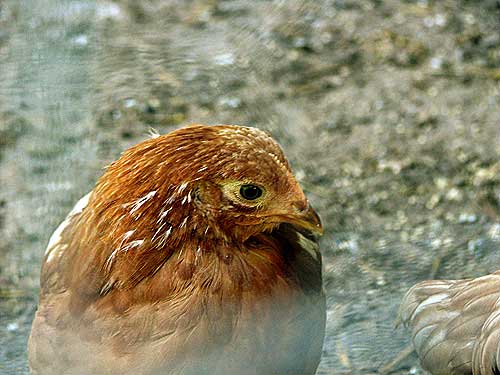 The commencement address was delivered by Dookie. 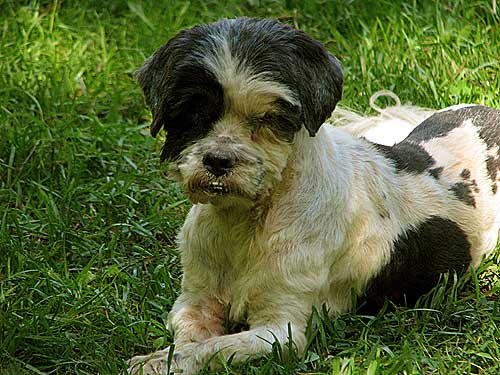 “Keep your expectations low,” the farm shih-tsu advised, “and you won’t be disappointed in life. The Giant Puppy is going to get all the attention anyway.” 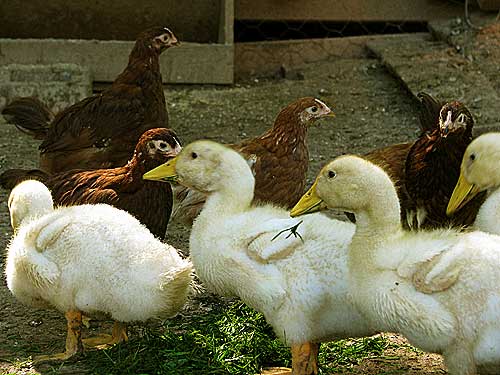 No wonder I had to spend 30 minutes chasing the graduating chickens around the pen until I caught them and thrust them out the door one by one. How easy it would have been if they would have just cooperated! I told them they would love it! 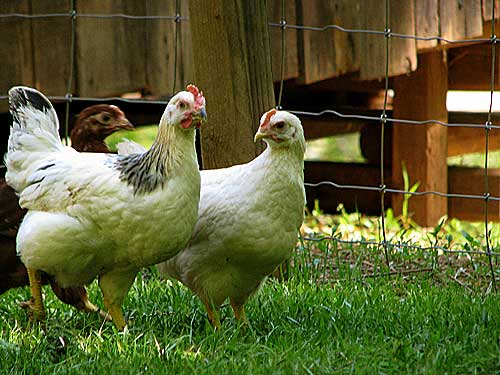 “It’s fabulous out here!” the little chickens said. “Why didn’t anyone tell us?”

The ducklings are bigger than the little chickens, but they’re not well-feathered yet and just seem less mature. They’re staying in the chicken yard a bit longer. 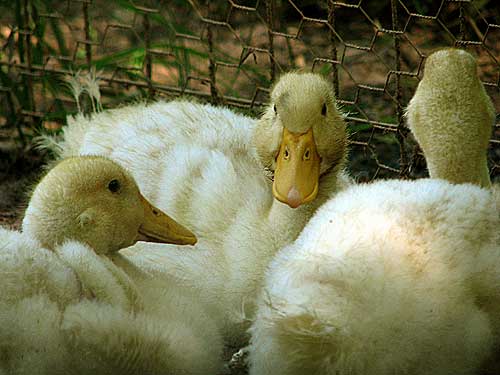 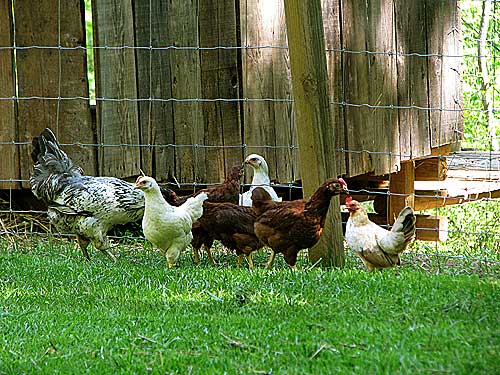 Some of the little chickens, including Refund-the-Rooster, spent a few minutes trying to figure out how to get back in the chicken yard.

Then they found out there was good eating to be had. A feast like they’d never known before. Fresh and all-natural! 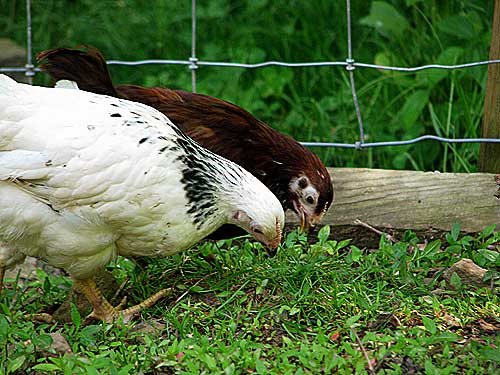 And off they went. They don’t need permission slips anymore, either. 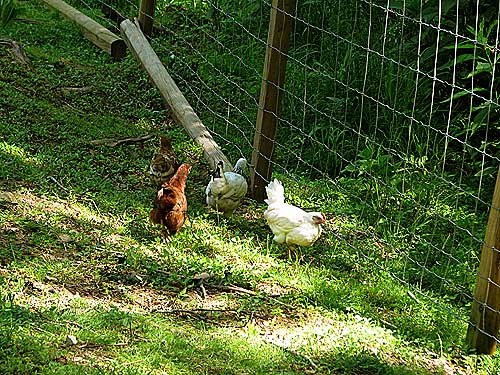 Thank goodness I still have some babies! The little chicks held their own graduation, moving up from the brooder to the chicken yard, but they’re not ready for the wide open world yet. This group of 22 includes Silver-Laced Wyandottes, Buff Orpingtons, Barred Rocks, Americaunas, and a few latecomer Domineckers (Dominiques) we added in. 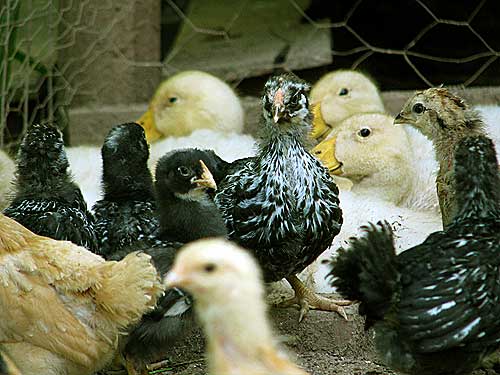 They’ll be grown up before I know it, too! Sniffle.