The sky stormed, the earth shook, the power went out, and Clover had her babies. It was all suitably dramatic. Wednesday evening around 6:30, I came home to this: 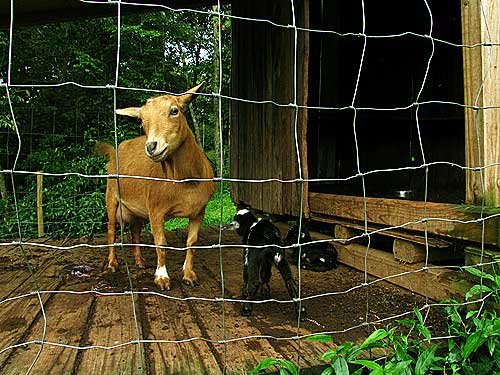 I’d had three teenage girls in my house for a few days and had been out dropping two of them off to their rightful owners. Then I dropped Morgan off at volleyball practice. A brief, strong storm had come up as we left and the power was out. (It finally came back on early Thursday morning. I have to stop for a second and say–country girls rule! We came across a tree in the road. Couldn’t get around it. The girls hopped immediately out of the car and moved the tree. No question, no whining. Country girls can survive.) I came home and sat down on the front porch…and heard a tiny cry.

I looked over the porch and there was Clover on the porch of the goat house with two tiny things! 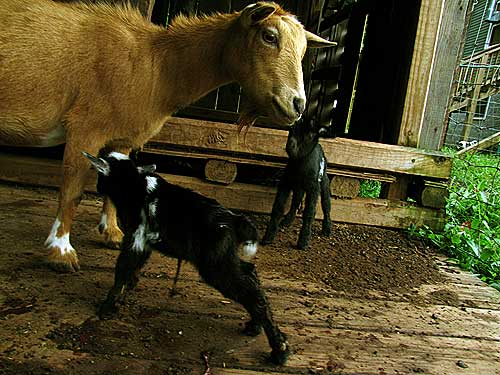 Of course, I rushed right down there. She must have had them while I was out driving around. There was fresh goop on the goat porch floor but Thing 1 and Thing 2 were already up on their feet, trying to nurse, occasionally collapsing back to take power naps. 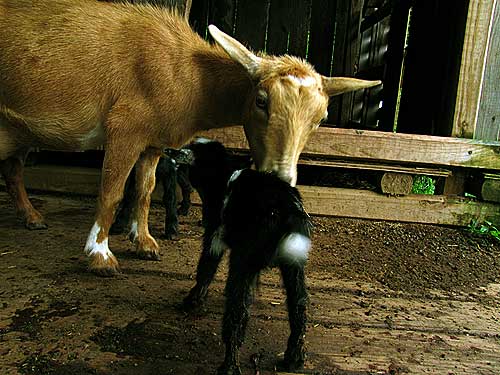 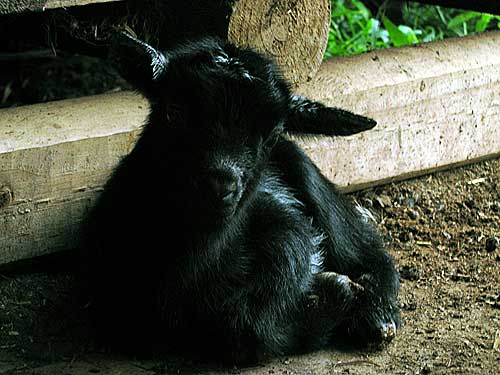 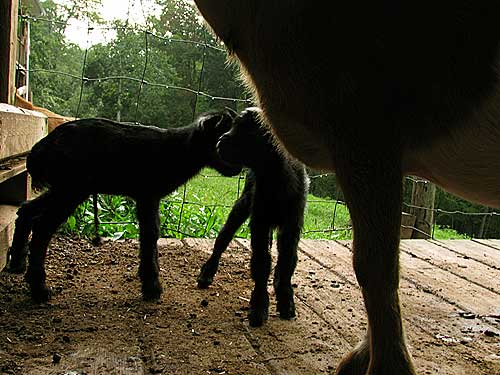 Clover was sweet and affectionate, eager to be petted and praised for her good work. I brought a bale of straw and spread it over over the goat porch and inside the goat house. One of the babies fell between the goat porch floor and the fence wire surrounding it and couldn’t get back up. We moved them all inside the goat house (after I took these photos) and closed up the opening to the goat porch to keep them safe inside. Clover inhaled a bowl of feed and asked for more then sucked down a lot of water. 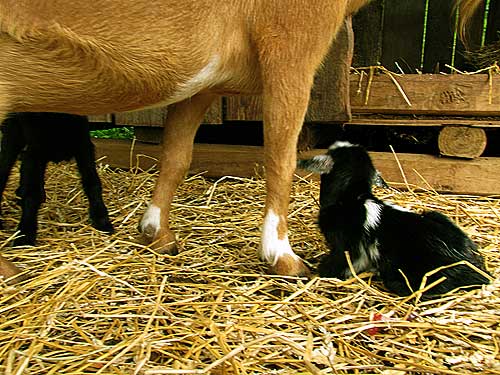 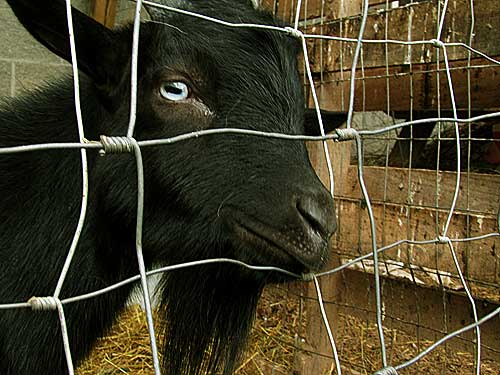 I can’t tell for sure yet if they have his blue eyes or not, but I think at least one of them does. 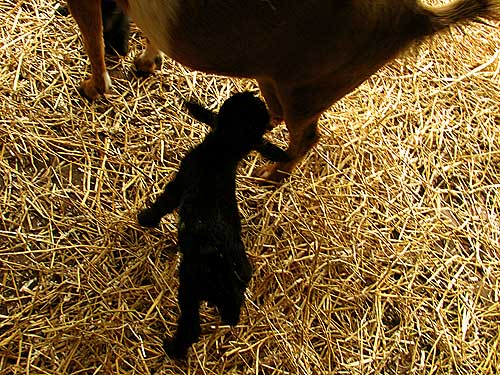 They are both boys, which is already a little sad because I know that means I’ll have to say goodbye to them eventually. 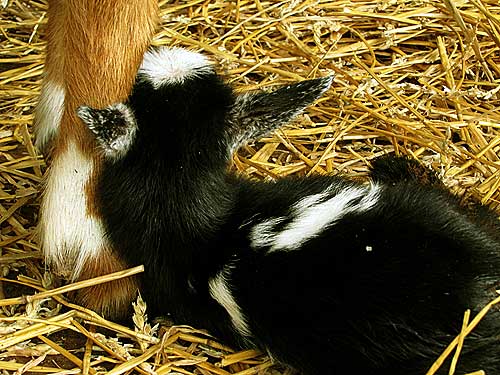 But they aren’t leaving yet! By yesterday, they were already getting frisky and there will be a lot of fun to be had with them first! I’ll be keeping them safe in the goat house until after I come back from Ross’s boot camp graduation–by then, they will be bigger and stronger and I’ll be here to watch over them. I’ll wait at least a month or so before I start milking Clover to let the babies have her all to themselves.

These photos (from here down) were taken the next day (Thursday) when the babies were still not a day old. See the blue eyes? They may both have the blue eyes, I’m just not sure yet. I should be able to tell within a week. 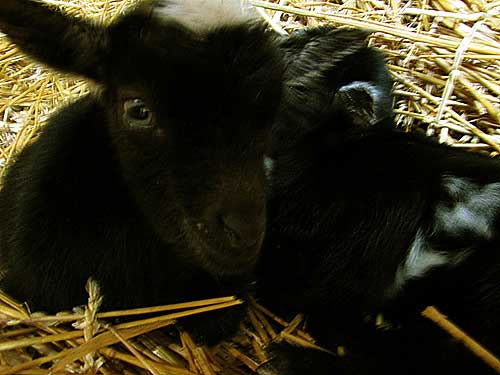 A ball of babies! 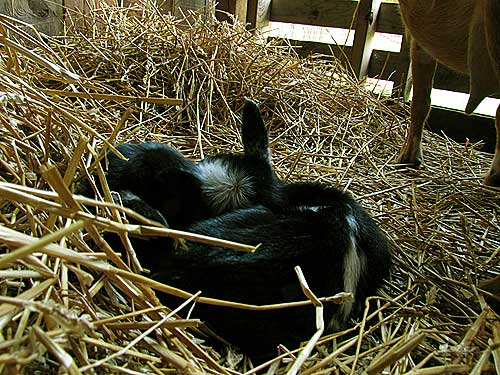 Everybody’s curious. See Little peering in through the gate? 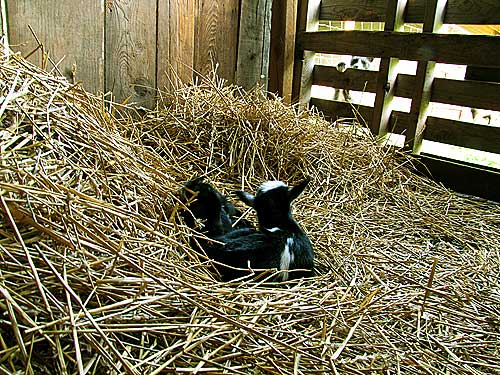 Clover is a good mama. And a good milker! Isn’t that right, Clover? Clover! I see goat milk soap. I see chevre. I’ve been milking a cow, missy! 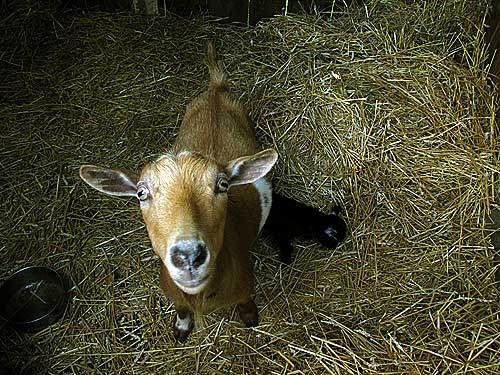 I can take you and your tiny udder! I can– 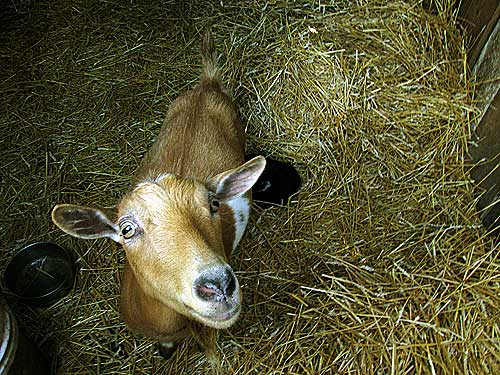 I can give you a lot of doughnuts.