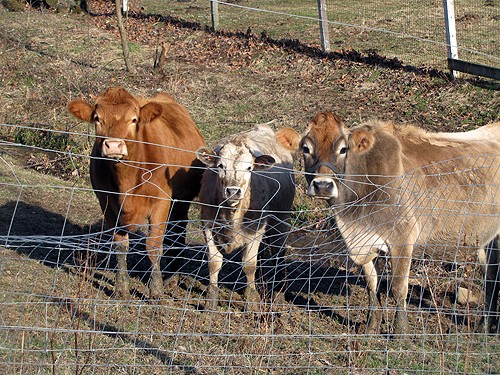 It was a nice warm winter day here yesterday, with the hoses thawed out and everything, and I was running water in a bucket in the goat yard watching the cows. Glory Bee and Dumplin were licking and washing and grooming and loving on Moon Pie, standing between them. 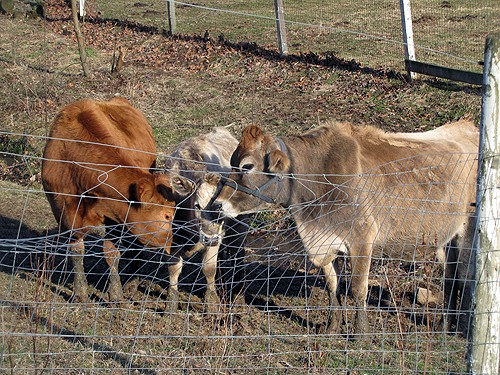 It was taking a long time to fill the bucket, and I ran back inside to get my camera, fascinated by the way they were both so lovingly working on little Moon Pie together. Of course, they about stopped by the time I got back, but then– 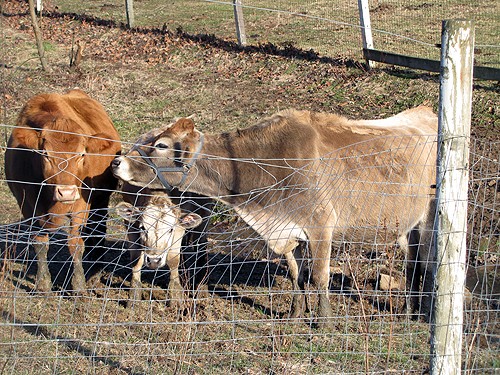 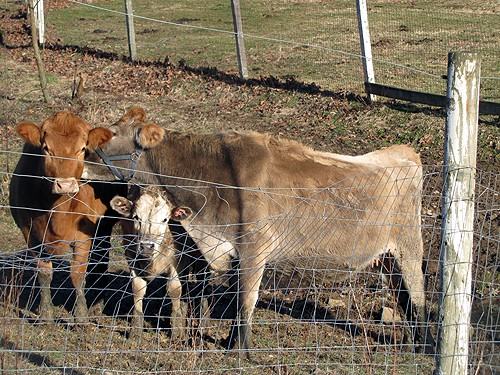 Moon Pie was a little squished and hunkered. 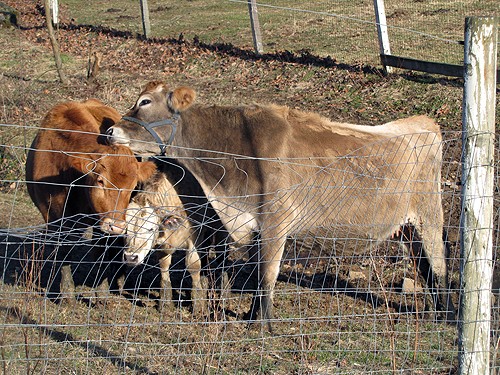 But big sister gave her a little attention at the same time. 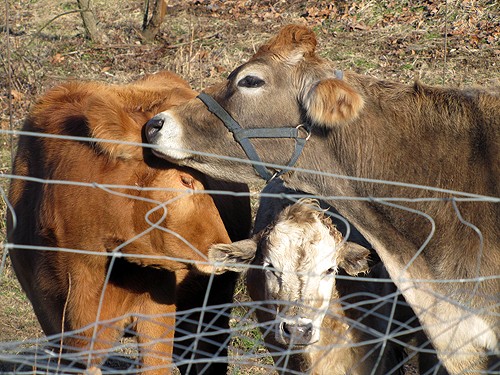 And whispered sweet nothings in her ear. 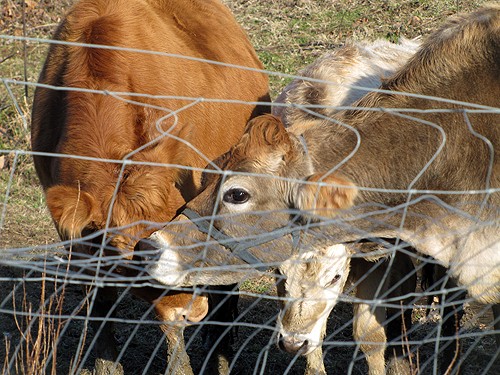 And all was right in their little cow world.

They aren’t all together all of the time, because often Glory Bee is “working out of town” (in a separate field) for milking. But I always put the cows together at least once a week–for a couple of reasons. One is to keep Moon Pie (or any latest calf) as my alternative milker, and two, because they love each other. I’ve always, as much as possible, tried to keep mothers and babies together. Not just because it’s healthier for babies to have their mama’s milk, but even when they’re grown, it’s healthier for all of them, emotionally. Animals do have emotions, and feel stress in various ways. Cows, especially dairy cows, are very family-oriented. Unlike a lot of other livestock (such as goats), they won’t kick off their babies after a few months. They’d keep letting them nurse for years if they had the chance, and they engage in a lot of nuzzling, washing, grooming of one another. They actively enjoy each other’s company. They talk about the latest episode of “The Bachelor” and what color gates they like best. Just every day stuff! And this is true of just about any type of livestock–they’re very herd- or flock-centric. Getting to know animals on a close basis is one of the wonders of living on a farm with livestock. Cows, from afar, can seem placid and dull and even dumb. But they’re actually quite smart and interesting, and they know, experience, give, and receive love.

And while it’s true that cows aren’t people….. It’s also true that they don’t know that.