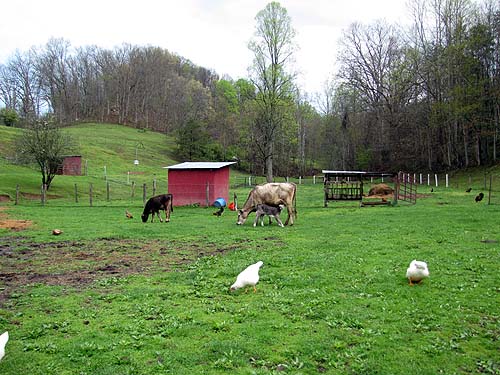 What do we see across yonder barnyard? 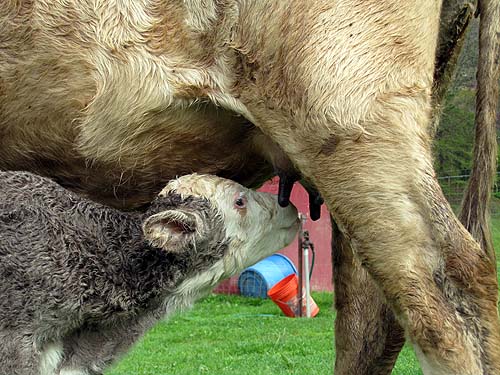 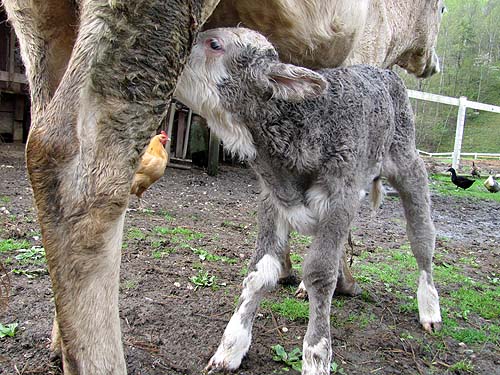 And it’s a pretty one! Look at those white socks on all four feet, white underbelly, and white face (the white face being the Hereford stamp). 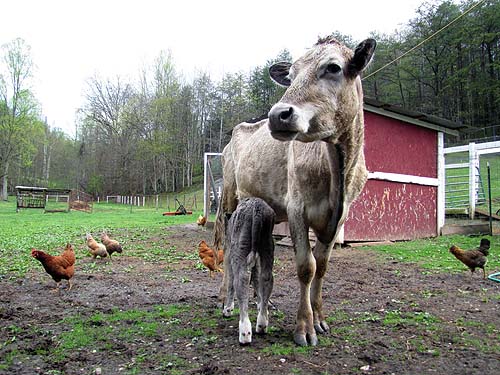 Moon Pie’s proud, and I can’t blame her! Moon Pie is a Brown Swiss/Jersey mix and this baby comes from the Hereford bull. I’ve never seen a cow this color before, this lovely gray. I don’t know where Moon Pie came up with that color, but I like it.

And it’s a girl! This is my 7th calf over the years, and all but one of them have been girls. That’s all we do here, make girls. When I look across the barnyard and see this sweet heifer, she almost looks like a lamb. Even her coat is a little bit curly. So I decided to name her Bo Peep. Her papa’s name is Bo, by the way, plus Bo Peep is the same initials as her great-grandma Beulah Petunia, so I like all the connections. Everybody’s happy about their new little friend. That’s Taco checking her out. 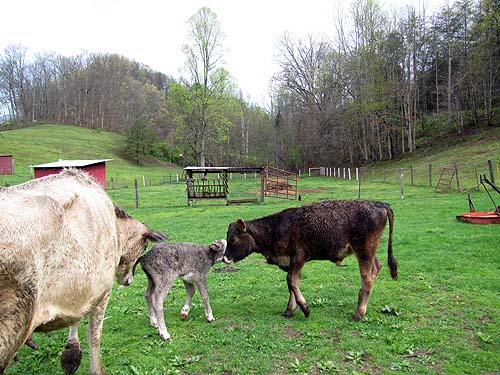 Well, maybe everybody except Gingersnap. 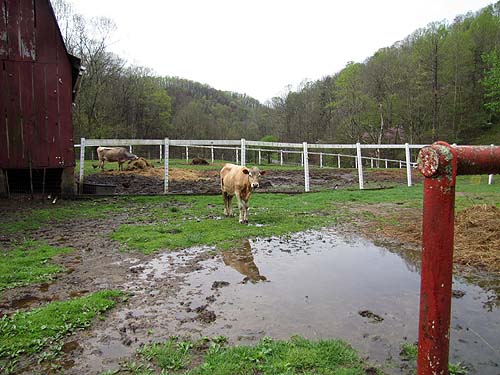 She might be a wee bit peeved that Mommy is so distracted by the new arrival. 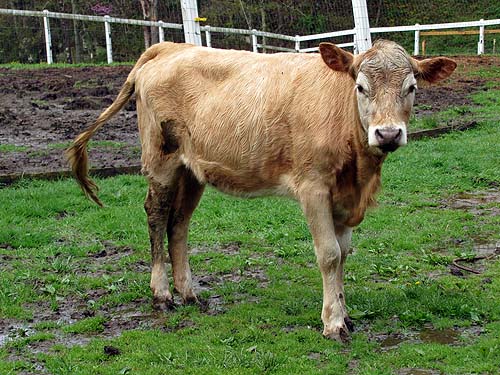 Though, Gingersnap won’t suffer for long. She’s a year old, and she is for sale. I recently sold Pumpkin (Glory Bee’s year old heifer). Half Brown Swiss/Jersey, half Dexter, both Pumpkin and Gingersnap are being sold as milkers. Pumpkin went to a good home where they promised to spoil her and milk her, and I’m looking for Gingersnap’s home now. Glory Bee should be having her next calf sometime soon. Unfortunately, all calves can’t be kept–that would blow up the farm! Bo Peep might be a keeper, but I won’t decide until next year. 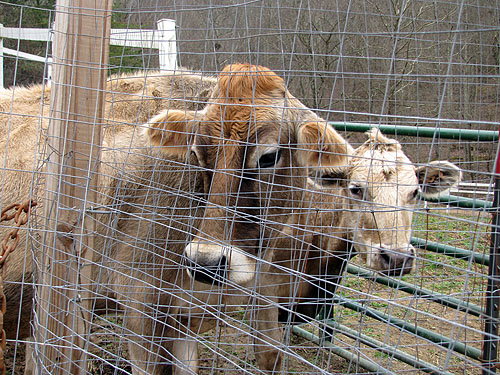 In other news from this past week, and I’ll make this a short story since it’s sad, Aranel had her babies–it was the most difficult goat birth I’ve ever had here, they had to be pulled, and both died. They were not positioned right. 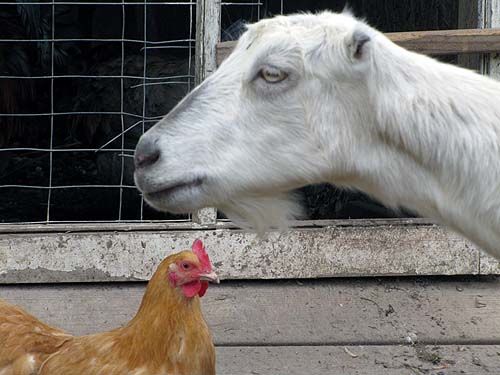 That sucked, and Aranel has been grieving and crying and following me around. I’m milking her now. 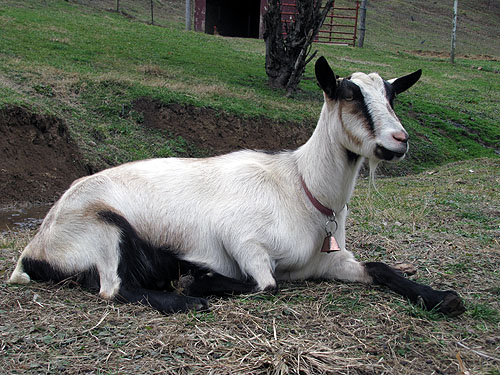 Valentina should be delivering soon and I hope that goes better. In the meantime…. 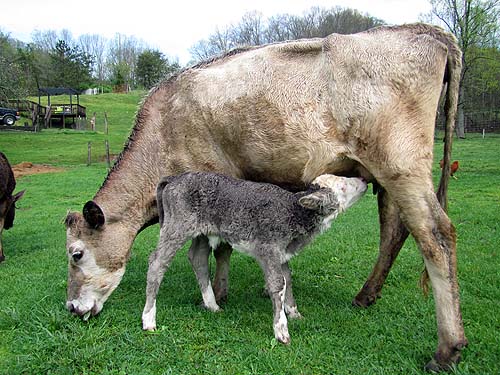 I’m really enjoying this one!