Mobile vet Clara Mason was back at Sassafras Farm on Saturday (with her “weekend assistant” husband) to AI (artificially inseminate) Glory Bee and Dumplin. Here, she was preparing for the insemination at her truck before going to the barn. The semen arrives in a large container. Inside that container is the liquid nitrogen tank. And inside that is a package that contains the straws of frozen semen. 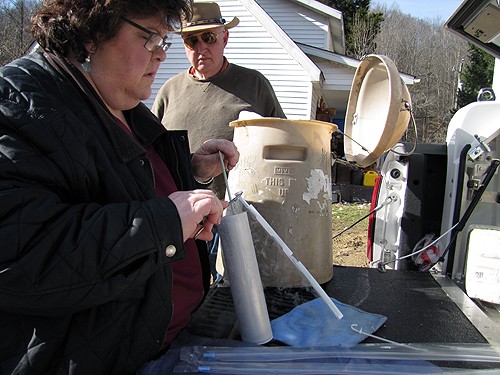 I had three straws of black angus semen. 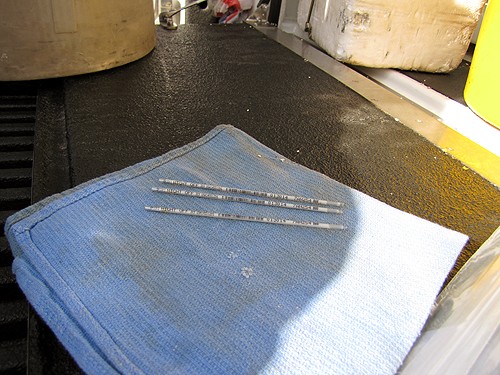 The semen is loaded into a long narrow tube that is inserted into the cow’s cervix. Air is pumped in to push the semen out of the tube.

Of course, it’s a bit of a violation. 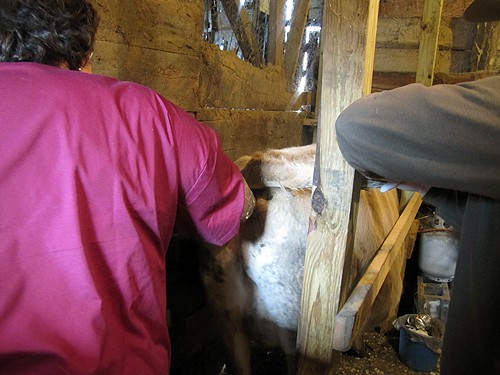 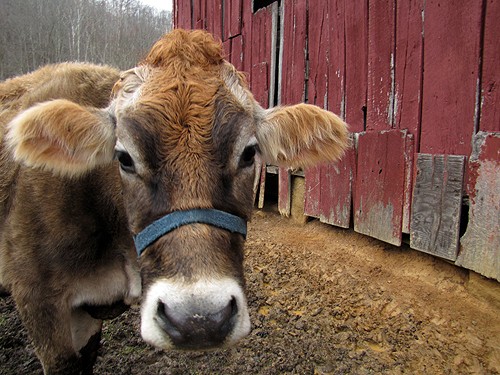 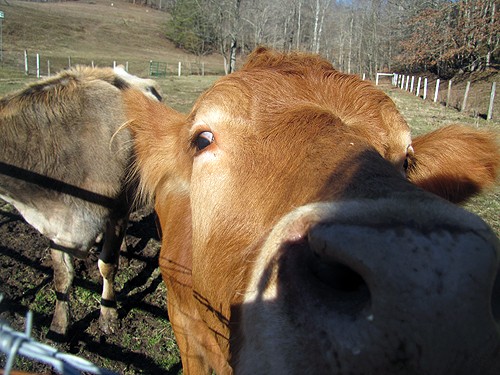 The papa is a revist from Night Off, a black angus bull from somewhere, who comes to woo my cows in his liquid nitrogen coach. It was like a double date for Glory Bee and Dumplin. Except only one boyfriend and he didn’t even buy them dinner.

Glory Bee had a double dose–two straws–and one for Dumplin. Dumplin is no longer a virgin. The vet told me as she was breaking her hymen. Being Dumplin’s first experience, she was a bit disturbed. The vet asked for a bale of straw to put behind her to make sure she didn’t get a kicking. 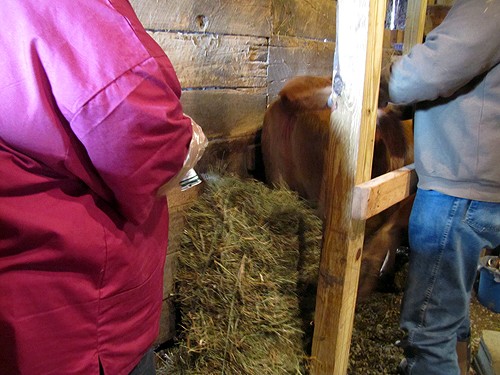 She suggested some modifications for the chute, which is my milking stall, that will help make it a safer situation for reproductive services, and I will be taking care of that as quickly as possible. I’ll either modify this one, or build a new one that is specifically for vet work. Other than her initial reaction for a few rough moments, she said Dumplin behaved very well for a first-timer! We were proud. 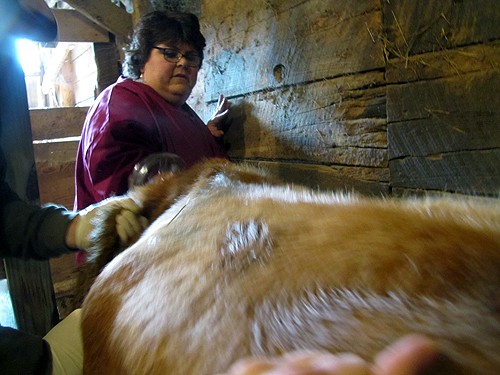 Even though they were given the shot of lutalyse to throw them into heat at the same time, their bodies still react individually. I was trying most to time it to be perfect for Glory Bee, but the vet said by the feel of things once she got in there, it was absolutely perfect timing on Dumplin and we might have been slightly off on Glory Bee. We’ll see in three weeks. They’re synced on their heat cycles now, and I’ll be watching them for signs of heat, especially riding.

For those of you who don’t know, any cow (male or female) will ride a cow in heat. Sometimes they even ride each other to show dominance or are just messing around. ONLY a cow in heat will stand still when being ridden, though. So that’s how I tell who is bred–or not. Whoever is standing still for riding.