In the days following the recent massive flooding in West Virginia, I was milking goats the hard way, by hand with a flashlight in the barn. To call that process challenging would be tantamount to calling the rain we had here on June 22 a light sprinkle. Boy, did I ever miss my goat bucket milker! But, without power (the generator was being used to run fridges and freezers at the house) and also no water other than bottled water, using the machine wasn’t possible. It was nine days before we got our water back, and without water, I wouldn’t be able to wash the equipment even if I brought the generator to the barn. I turned the cows out with their calves on the day of the flood, but I had to keep milking the goats. Valentina, considering what will happen to the milk maid if she doesn’t get her breakfast just because the milk maid doesn’t want to hand milk. 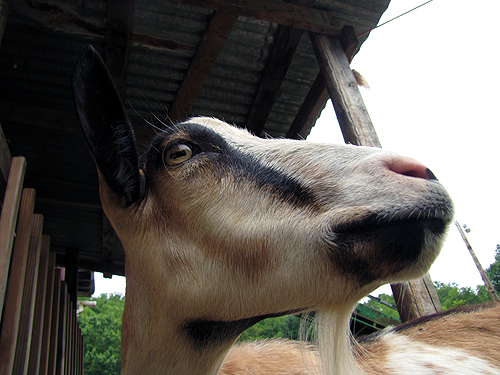 As soon as we got water back, I was so happy to be able to go back to the machine. I’m still not milking cows right now–the fencing where I separate cows and calves for milking was swept away by the flood. I can’t milk cows until the fencing is rebuilt. But back to goats! 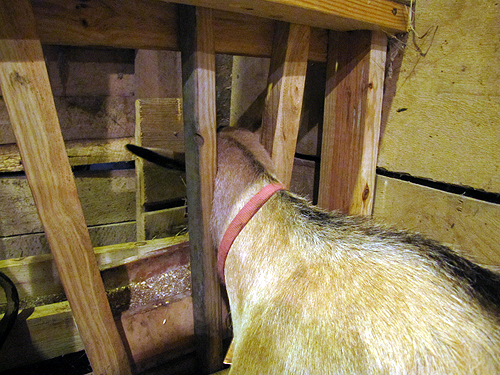 Previous to getting a dedicated goat bucket milker, I milked the goats using a goat conversion kit for my old Surge bucket milker. That works, but the Surge is really built for milking cows. I’m often surprised to discover when talking to people at workshops that not everyone realizes that cows have four teats while goats only have two. The conversion kit for the Surge provides shutoffs for two of the milk lines and two of the vacuum lines, but it’s still a bit cumbersome. A bucket milker constructed specifically for goats is so incredibly convenient (for me) and comfortable (for Valentina). 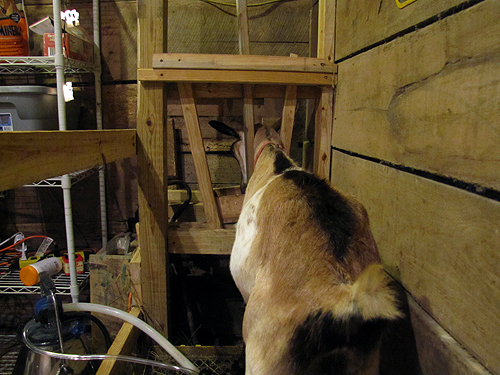 You can find the bucket milker I’m using at Hamby Dairy Supply. Let me tell you a little about it, and then Valentina will show it to you. 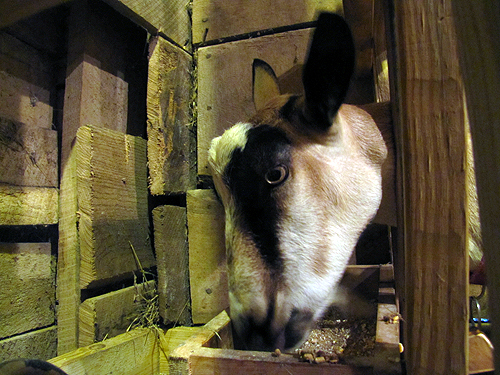 It’s light. Very light. This is hugely important to me. It is, of course, Grade A and FDA approved for raw milk, all the lines, bucket, etc, but what is truly neat is the goat milking claw. The inflations (goat inflations are shorter than cow inflations, since there’s less room under the animal) include semi automatic shutoffs. 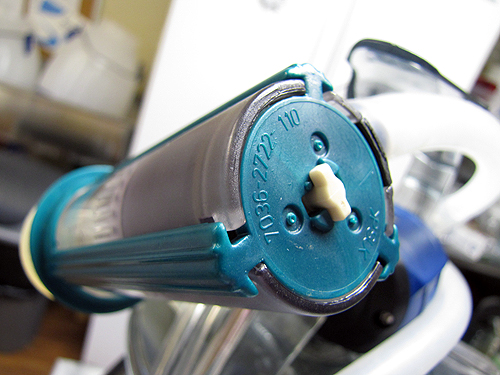 This means as soon as the teat enters the liner, the valves open, and as soon as the teat leaves, the valves close. This makes less work (you know, for me, the milk maid). Plus, if you were to drop the inflation (or a naughty goat kicked it off), it would close automatically, avoiding intake of dirt. I really like the clear lid, too, because it makes it easy to look into the bucket and see what’s going on. 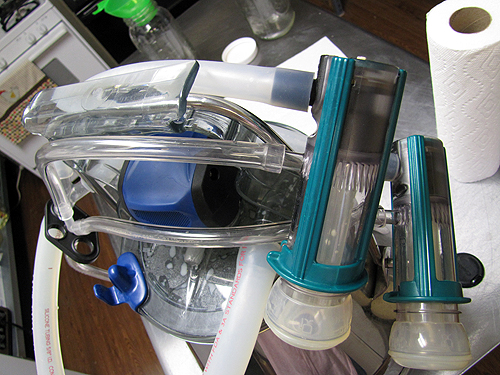 It works very efficiently, and I’ve found since using this milker that I get more milk out of my goats than I did when I was using the Surge conversion. It’s also easy and fast to put together, and take back apart. For my setup here, I put it together in the studio kitchen, set it in a wagon to pull to the barn, then take it into the milking parlor where I hook it up to the vacuum pump–then back again to the studio. 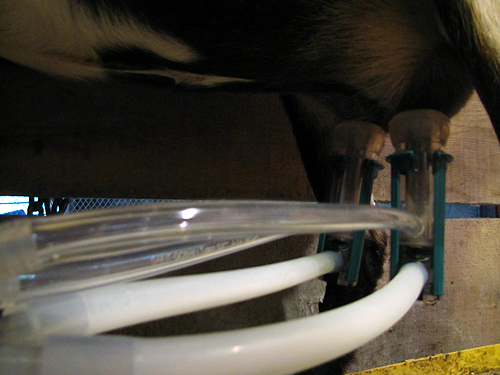 You can see it in use in the video here. (Along with some gratuitous video of the hen who has baby chicks running around the barn yard.) 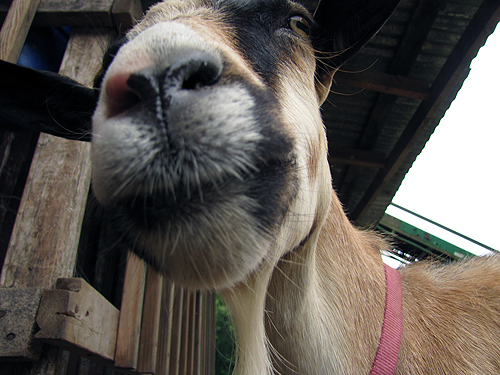