I find this bull so interesting. 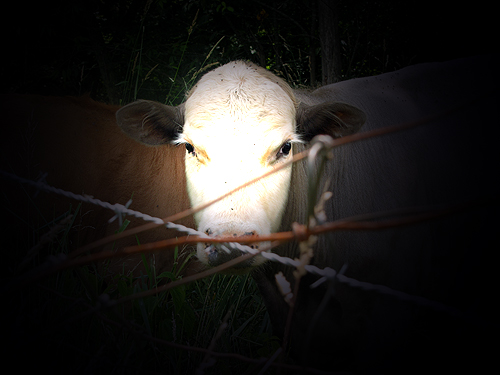 He is a temporary visitor to Sassafras Farm. I don’t think he has a name on his own farm. He’s a mixed breed bull, one of a number of bulls on his home farm. I just call him Mister.

You know, when I speak to him. 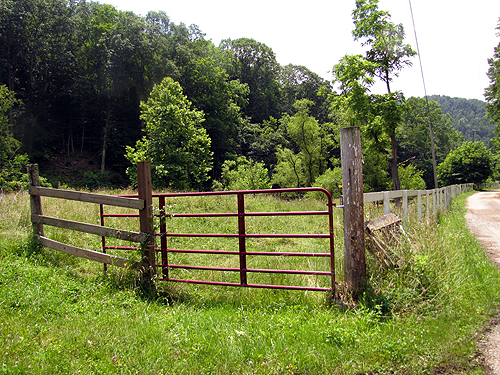 I’m friendly, but not overly so, if you know what I mean. I really don’t like to go into the field with him and avoid it whenever possible, but I’ve moved them from the back barn yard to the field. They were eating me out of house and hay over there and there was no sense in that with pastures full of grass. Every once in a while, if they disappear for too long, I will go in to check on them. 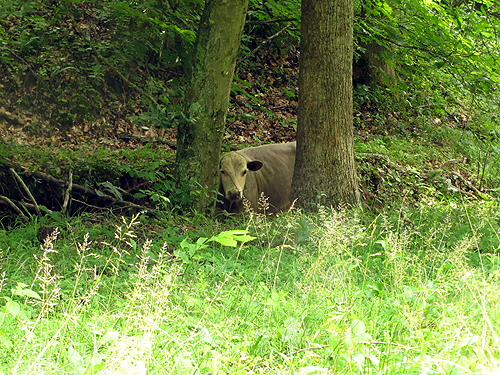 Usually, they are just hiding out deep in the back of the field, down in the creek. Here, I am a long way from the house if he decides to start chasing me. 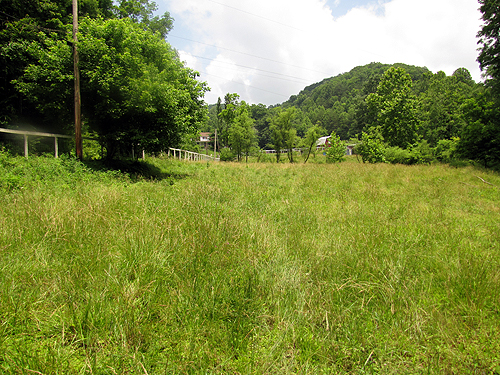 Not that he has ever made the slightest move to chase me! He seems like a reasonably nice bull. As bulls go. Not overly concerned about me, or all that interested. Which is a good thing. We’re acquainted, and that’s enough.

I can still milk Glory Bee, bringing her out from the field, but it’s not as simple and means a new routine for the Mister, who was accustomed to Glory Bee’s daily trips through the back barn door only to reappear some time later. He never complained about her barn visits, and is doing fine from the field also, though I don’t like it quite as much. 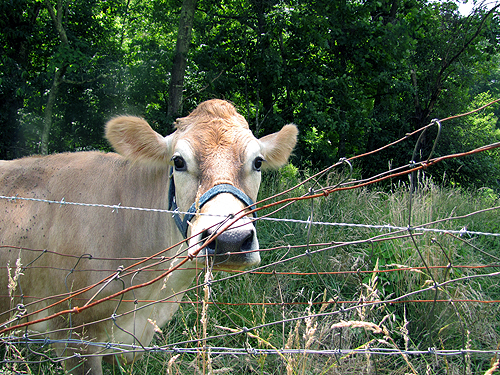 I have to remind Glory Bee that she’s in charge of everyone. She controls the bull, she controls Dumplin. And sometimes tries to control me. She is the central figure. And completely unaware of her power. Except over me. 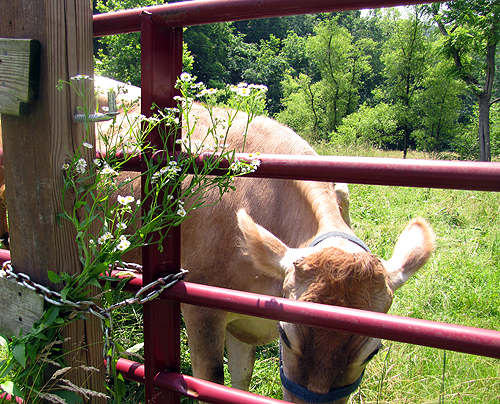 Glory Bee muzzle, with bull muzzle below to the left. 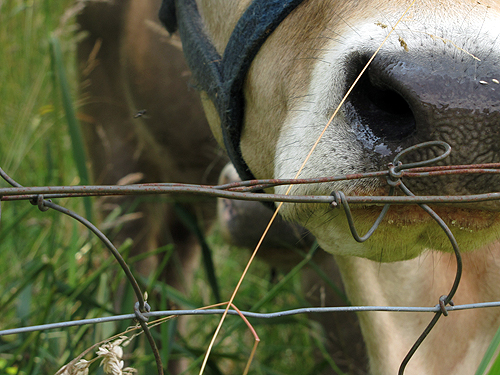 I like to photograph the bull. I think he’s fascinating. I wonder what he’s thinking. What are his dreams? Has he fallen in love with Glory Bee? Does he miss the girls back home? Does he want to kill me? Things like that. I wonder. 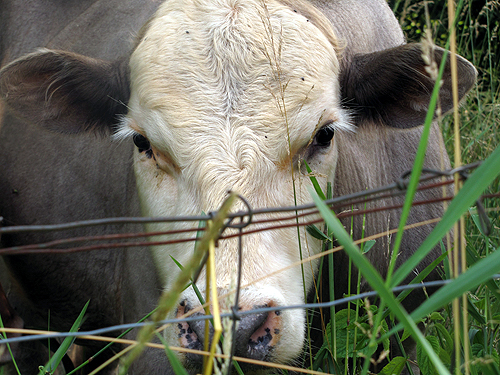 I’m not sure when I’m sending him away. I have NO IDEA what’s happening. If anything has happened. Yet. I haven’t witnessed any action. He’s been here for a month! Surely by now…. But, just to be sure, I’ll keep him at least another month. Or so.

Or till I see some indisputable hanky panky right in front of my eyes. 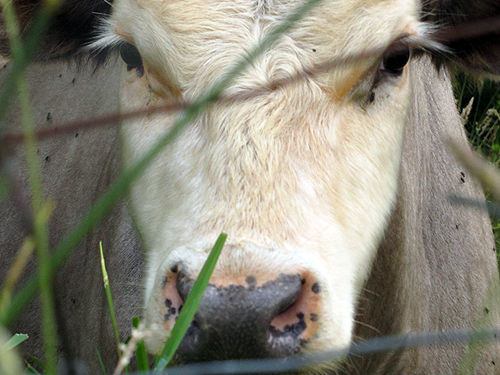 He’s actually kinda…..purty….. (Look at those lashes!) BUT DON’T TELL HIM THAT.

We don’t know what he’d do.