Bradley the Dexter bull from Ohio arrived here at the end of June. He courted them throughout the month of July. First Moon Pie, then Dumplin, then Glory Bee. By the end of the month, the romance was over and they were all just friends. He stayed until the end of September, so he had a full three months on the farm with the girls. But I’m pretty sure he was finished with his work by the first of August. Babies should be due in April.

The girls are starting to show. Glory Bee: 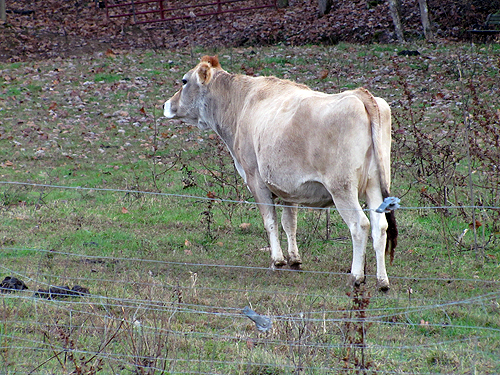 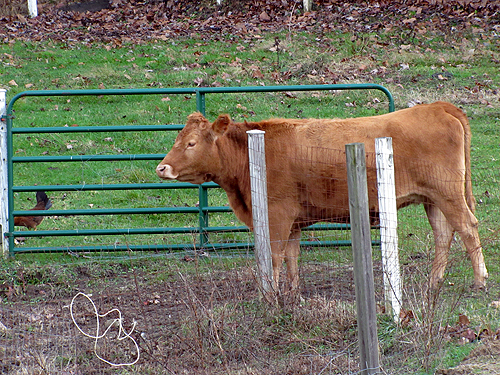 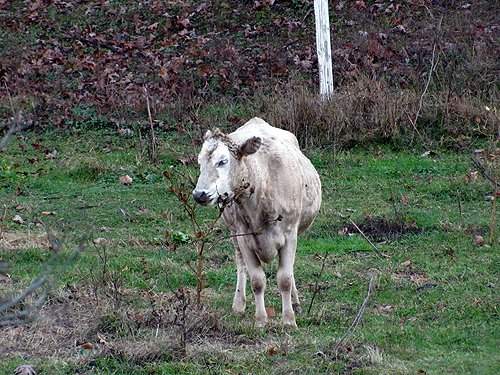 They’re at the stage where it might be impolite to inquire if they’re knitting booties because –what if they’re just fat? Then they would kick up their hooves and you’d go flying up the holler.

But they’re not just fat.

I see calves in those big bellies! 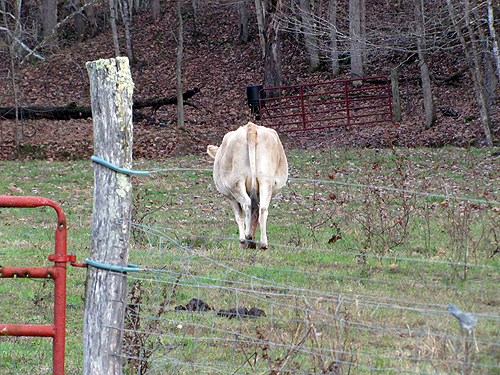 Even if they don’t want to talk about it yet.