Clover, noting a disturbance in the force. 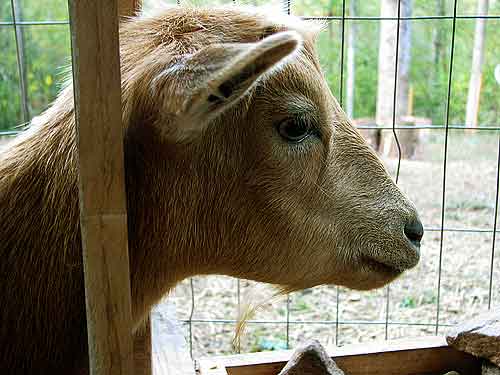 And that disturbance is….a plot, a plan, a strategy to foil her latest, greatest efforts to escape my milking madness!

After a dreamy, magical, enchanted period in which she succombed to my cheese-driven will (not to mention the hobble), she came up with a new idea. Sitting down. Need I explain how difficult it is to milk a goat when it’s sitting down? Of course, I can’t let her sit down. I have to keep her upright, at any cost! And so I’ve been holding her up with one hand, milking her with the other. But the more I’ve tried to foil her attempts to sit, the harder she’s worked at sitting. At one point, I even had my leg under her to hold her up! (Not the best position for milking, may I point out.) I must confess that I taught her a few bad words that day!

Of course, other than milking time, Clover loves the milkstand. 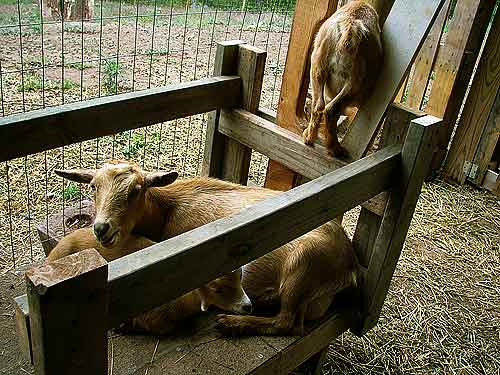 It’s a mountain peak from which to survey the world. 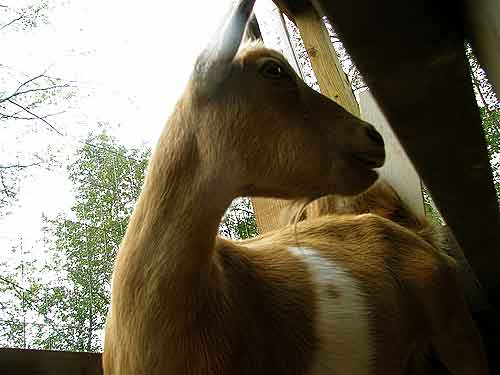 It’s a playhouse where Nutmeg can pretend to be a big milking mama goat, too. 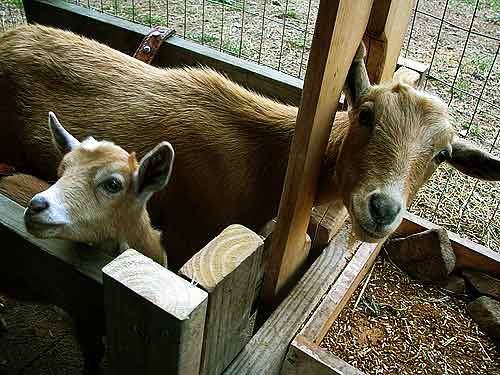 Its “business” days were over, according to Clover.

But I had a surprise for her! 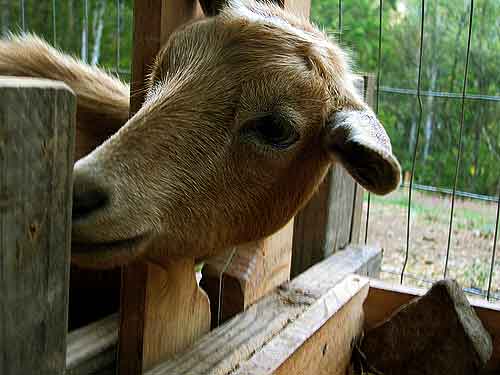 Out of various ideas floated about as I picked the brains of many people in the past week since Clover has taken up this unconscionable sitting behavior, a few additions to the milkstand were born. My own pure genius plan!

These side bars were attached….. 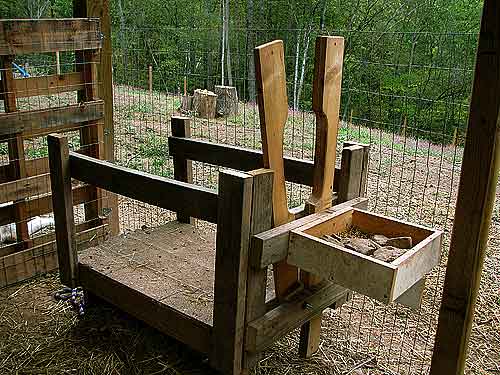 ….to hang a wide belt that would prevent her from sitting down. 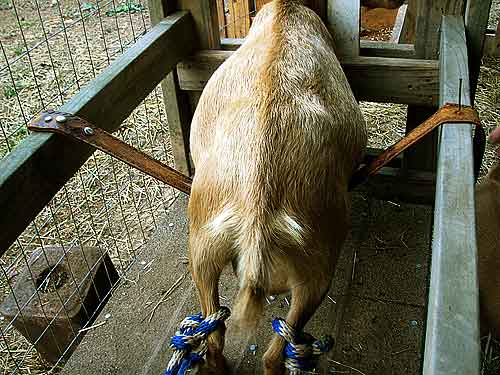 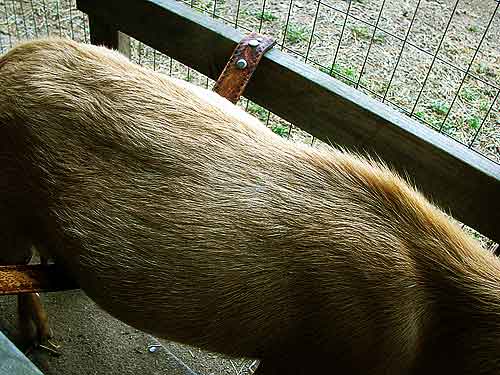 Me: “What do you think of that, little missy?!” 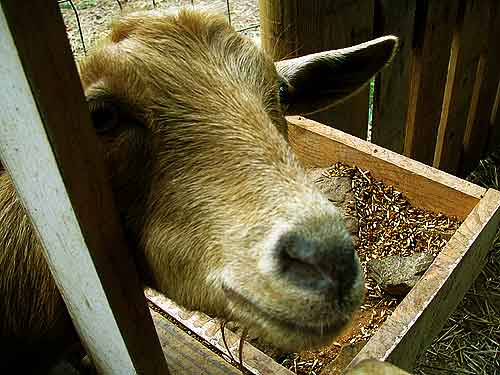 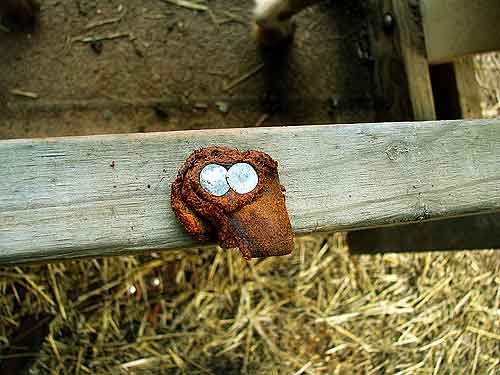 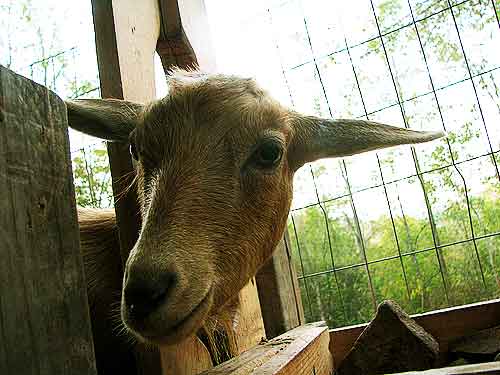