Nutmeg was standing quietly in the goat house on Monday evening at feeding time. Since she’s a pig, it’s not normal for her to refuse to come to dinner. I hustled her into the stall in the barn, to Chloe’s consternation, and next thing you know, she birthed three babies (and looked decidedly less rotund). 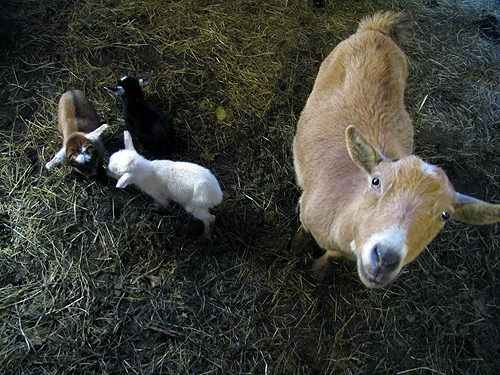 One brown, one black, and one white. She’s into diversity, our Nutmeg! The brown one is a boy, with markings similar to Mr. Pibb, and the black one is a girl, with some white on her ears and the top of her head. 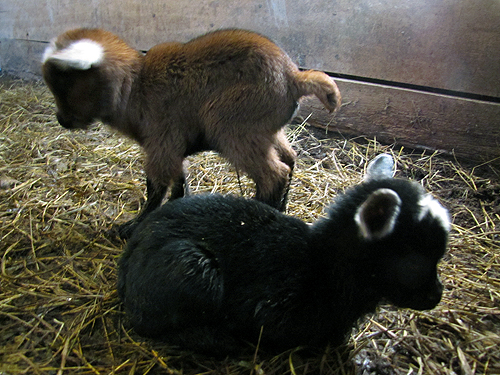 I’m particularly fascinated by the white one. I haven’t had a white goat before. 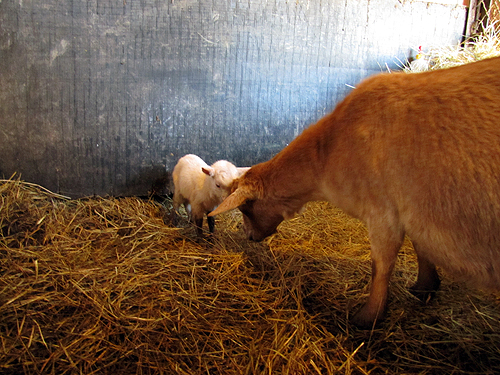 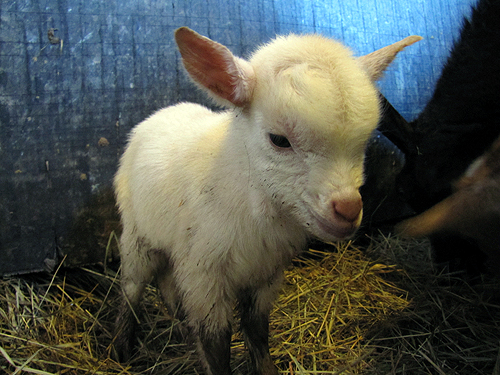 So now I’ve got five babies romping around in the stall nursery, 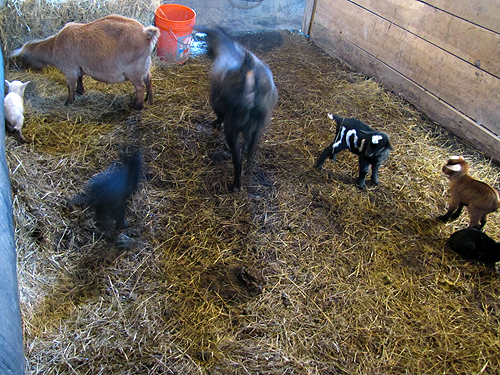 By request, here is a shot of the markings on Maia’s side. 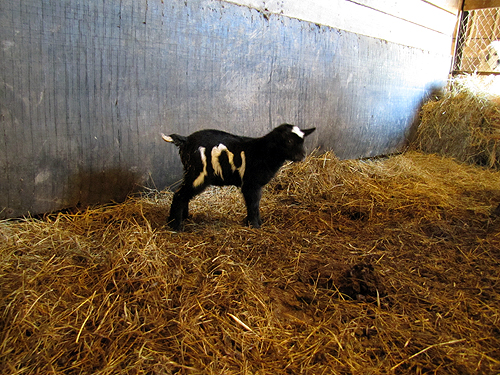 Fanta’s baby is all black with just the one small white spot on one side. 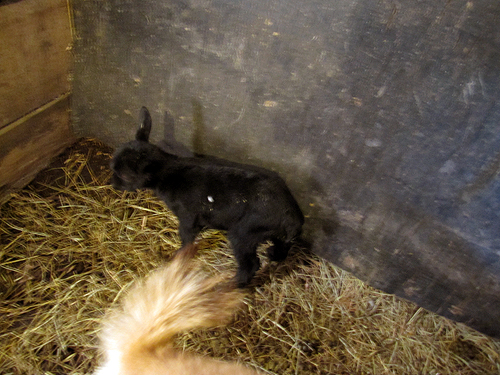 Chloe was quite disappointed to not attend the birth and get to clean up the babies. THREE!!! Think of what fun that would have been! 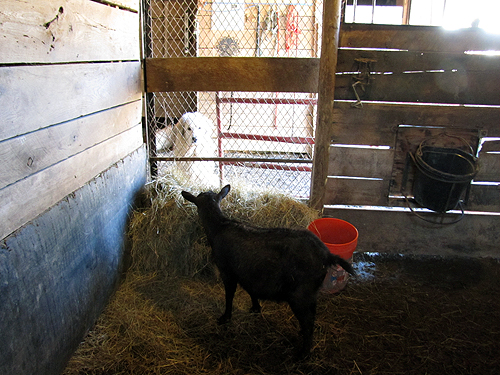 She hangs out at the stall door pining to be inside with the babies, who are a wee bit young to endure her playful energy once she gets going.

Kidding is done for the 2013 season here now and I’ve got four girls and a goat burger! NOT BAD.

P.S. I’m not sure I’ll sell any of them. I’ll be wethering Goat Burger II for later purposes, and since the rest are girls, I may keep them to breed back to Mr. Pibb. Usually, it’s accepted to breed back one generation. I know for sure I’ll keep Maia and the little white one, and maybe the other two, too. They aren’t quite as interesting in their coloring, though, so I might change my mind.