Someone pointed out that I haven’t posted a pic of the goats lately. That’s because all the girls (except for Maia) are in hiding at the moment. 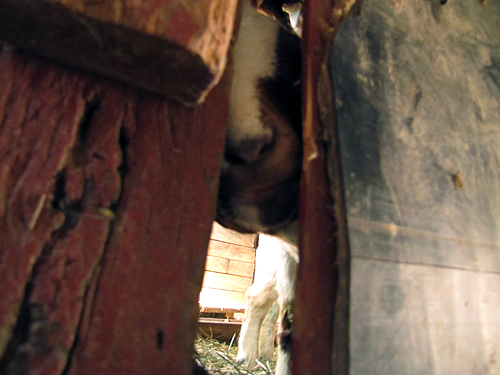 Okay, they’re not really in hiding, but they’re stalled. 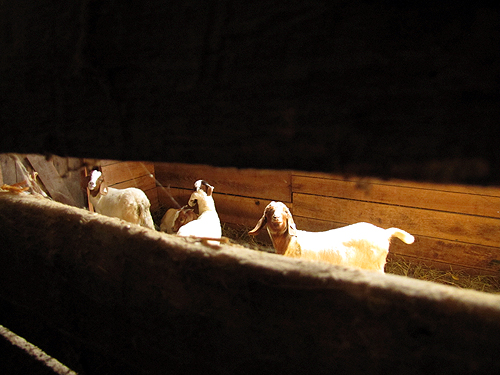 It’s hard to actually go into the stall and take a photo of them because as soon as I open the door to go in, they are on me, let me tell ya. 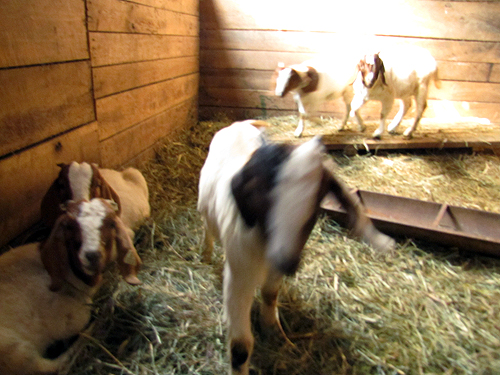 So pictures all look like that and this. Fuzzy out of focus goats coming at me. 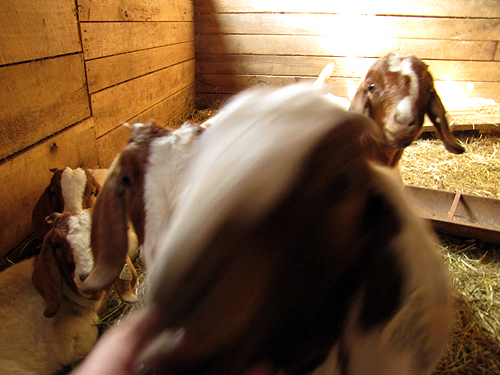 They want out so badly! But, they’re being stalled for their own good at the moment. All five of them were showing signs of thrush, despite having their hooves trimmed regularly and really it hadn’t even been that wet until the last few weeks. But they were hobbling around. They’ve been in the exact same conditions as Maia and the others, so I don’t know why these five are more susceptible, but they seem to be. I’ve tried everything I could think of, and a few things I couldn’t think of–my hired man Robbie has goats and he’s tried some homestyle remedies on them along with several different products I’ve bought at the feedstore. Three of them are better now, and the other two are starting to make progress. However, I decided to keep them all stalled for a little while longer. I like having them here where I can feed them separately. I want to put some weight on them before winter and the older goats are really bossy with them, shoving them away during feeding time. I think they can benefit from some separation.

They’re really missing the field, though! 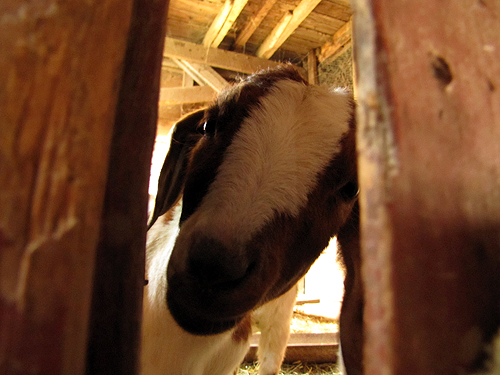 Sometimes it’s hard to resist that cute little face with the lopsided ear. (That’s Lizzie in the door.)

Meanwhile, back in the goat yard, Maia is getting more attention than she would like. 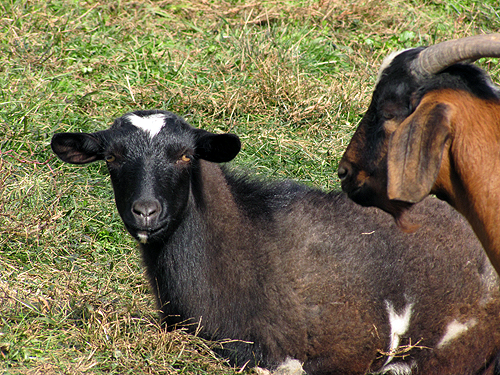 Mr. Darcy is quite often seen chasing her up and down the fenceline these days. I think…… 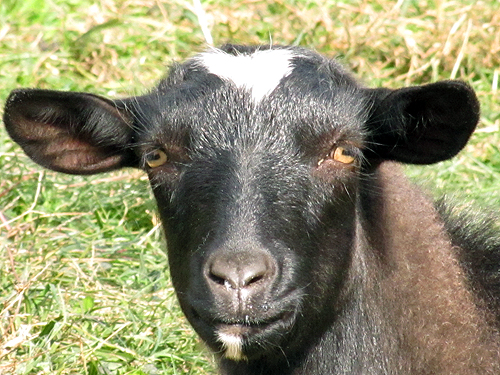 ….Maia’s gonna be a mommy in the spring!