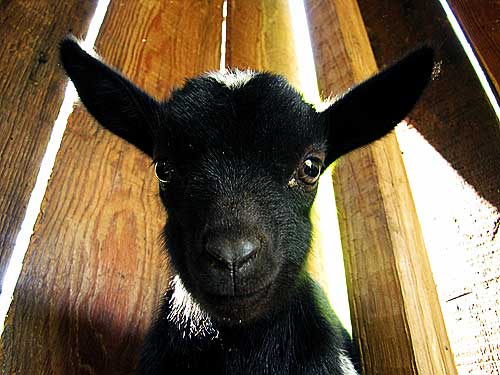 Baby: “I don’t know where I came from either!”

To answer a couple questions: No, I didn’t realize she was pregnant! Clover is a tall (for a Nigerian) goat and slender. She can hide a baby, unlike Nutmeg, aka Rotunda, who looks like she’s going to explode when she’s pregnant. I had a hard time telling if Clover was pregnant last time, too. Goats also can drop their udders at the last minute. The baby is a boy and the proud papa is Mr. Pibb. He’s black, with slashes of white on both sides and a bit on the top of his head. 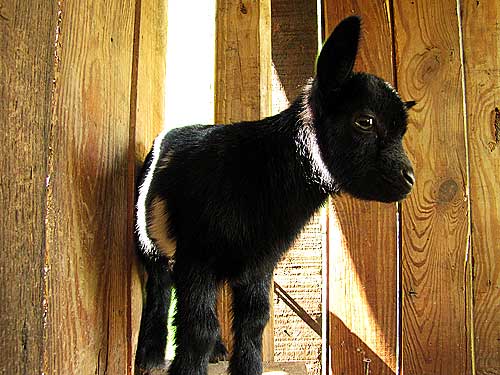 He’s really cute….. And he was a very big baby. 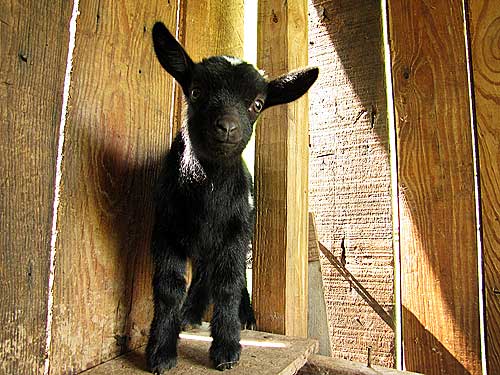 And yes, I waited until she had finished giving birth before leaving on my trip. Clover’s eleventh-hour fit caused some delay in getting on the road! (Of course the animals were taken care of while I was gone.)

As to what happened….. I have a theory. Remember this news report, from not too far back?

A nanny, who recently became a granny, is slated to perform with a new partner this spring. Rhett, a young, untried buck, will find his place on the stage for the first time with the seasoned Clover. The show will launch sometime after March, following a critical waiting period to guarantee an accurate product following the transfer of Mr. Pibb from Clover’s company. Rhett, long held back by critics of his diminutive size, is eager for his first opportunity in the spotlight.

“I’m looking forward to it,” Rhett stated. “I’ve been waiting for a long time.” 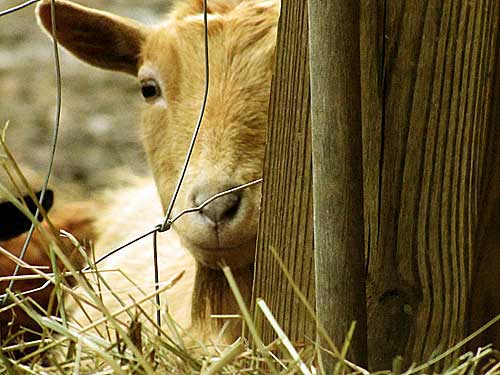 That date has now been cancelled. 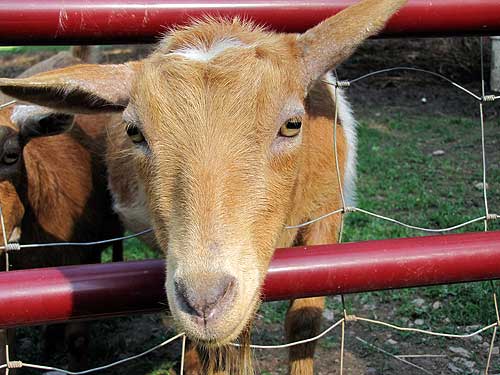 Clover: “I have my standards, Woman.”