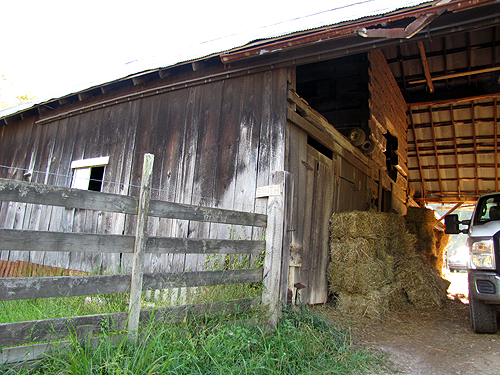 Back to my favorite barn! (Other than mine.) 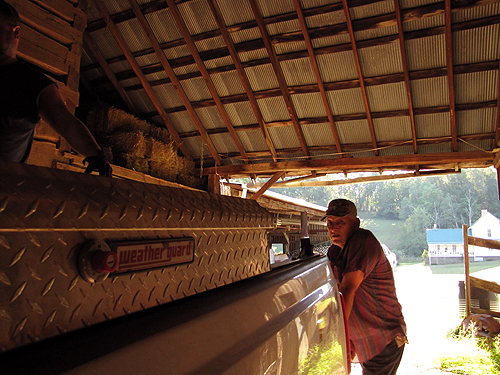 I’ve been buying hay from Roger for six years. He’s a great guy, who likes to wax poetic about the “ruination of society” by round bales. (His theory: Round bales don’t require as much labor to put up. It’s mostly done by machinery, moving bales with a tractor, therefore young boys no longer get the experience of working in the hay fields and barns, putting up hay manually.) 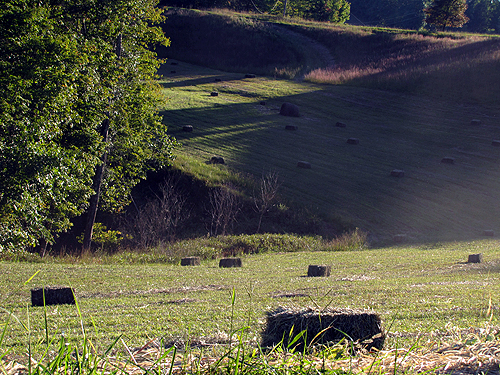 There aren’t as many farmers who even make square bales anymore, but despite the fact that recently we stocked in 40 round bales for the winter, I still like to have some square bales laying around. 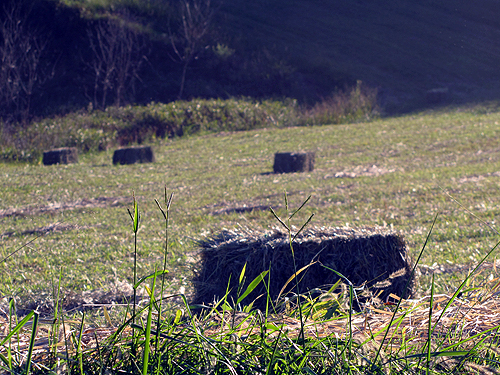 A square bale is the ultimate portable sustenance for livestock, and quite handy if you need to move animals temporarily, either to a stall or to a different field where you don’t plan to keep them long (for example, while fixing a fence break in their regular winter field). We only bought 64 because we don’t expect to use them regularly, but they’re nice to have on hand. 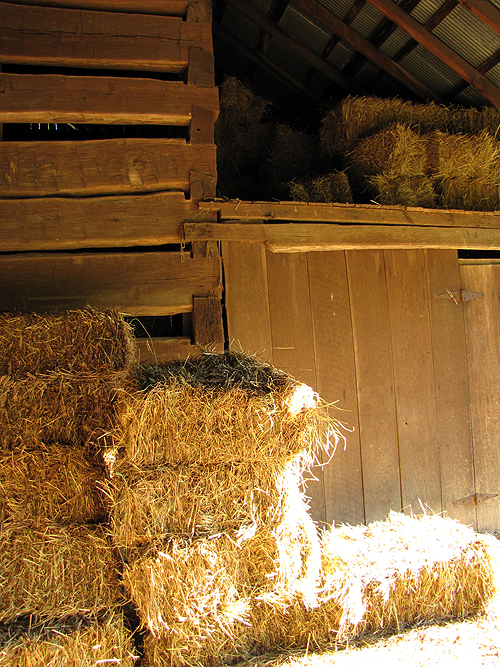 We were counting them out here. We made two trips with 32 bales on the truck per trip. 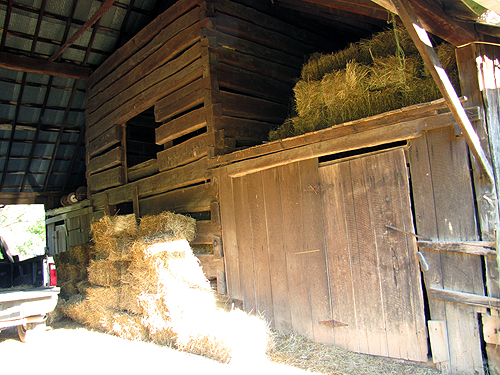 It’s just a short trip over the hill on backroads to Roger’s barn. Rodney, loading the truck: 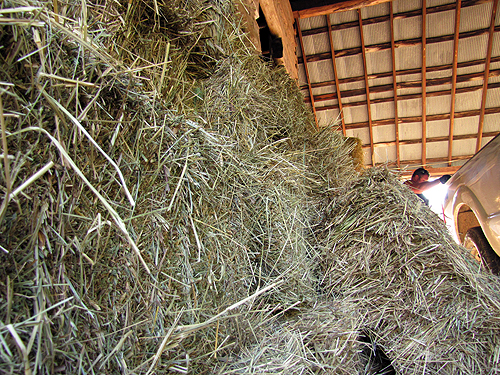 Roger, helping out with the final tie-down: 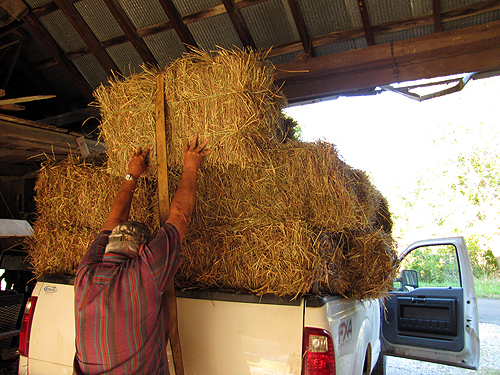 Then back to our barn, where the bales went up, up, up the elevator to the loft. 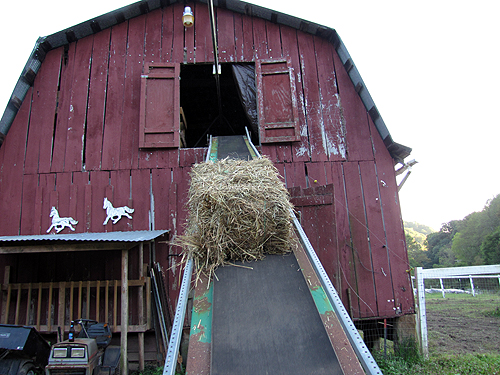 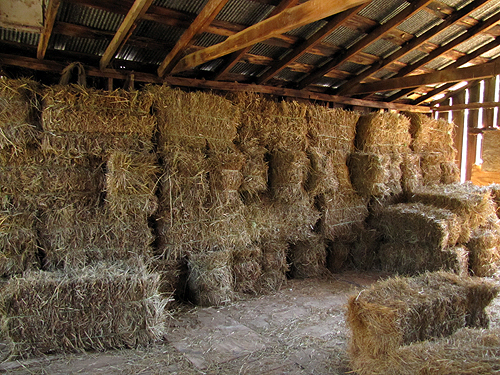