Somebody was wearing their calf weaner last night– 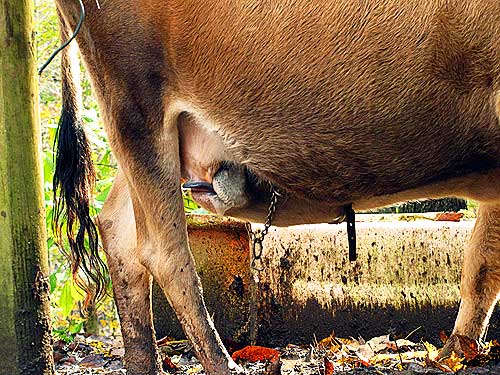 –but not this morning. 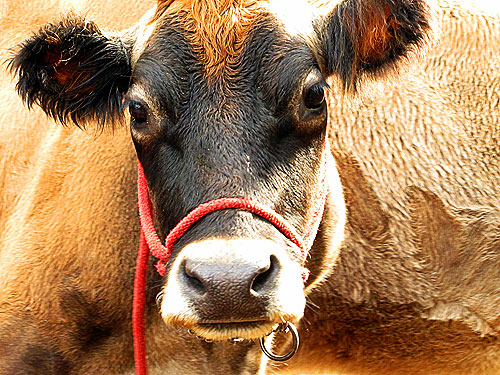 Yeah. So. I took off looking for it. 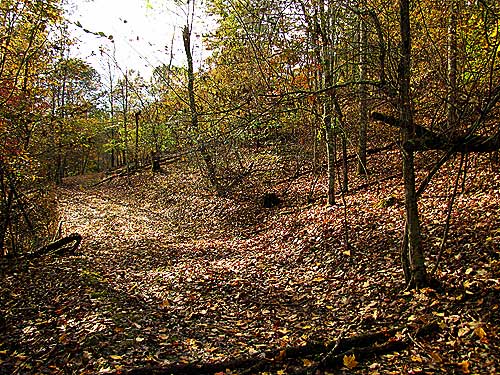 Glory Bee came with me. She wasn’t very helpful. She kept pretending she didn’t know what I was doing, and she didn’t want to look me in the eye. 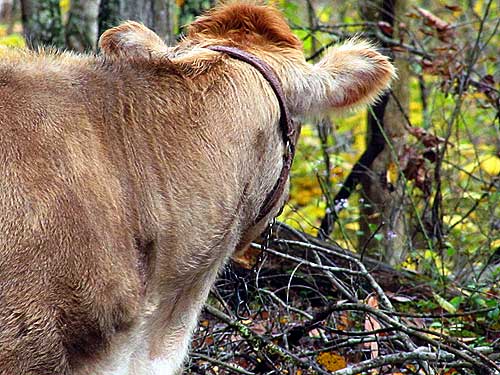 She had worn the calf weaner for 12 days, which was obviously not long enough. 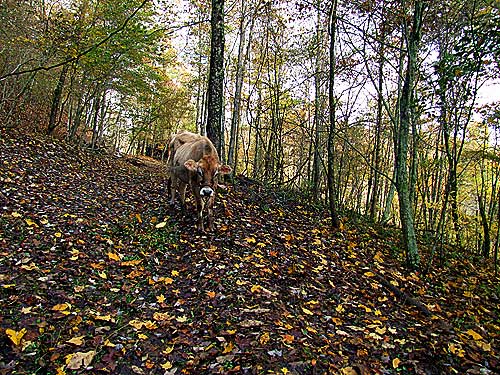 Finding it in the leaf-strewn woods had a zero to zero probability of success, but I gave it a shot. 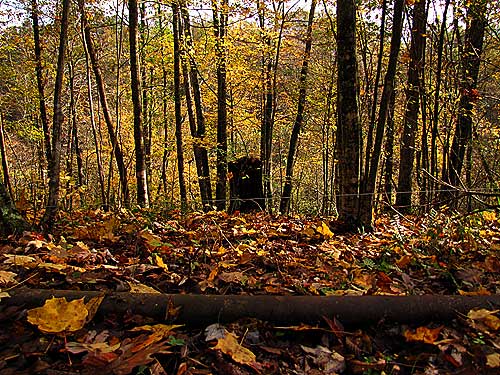 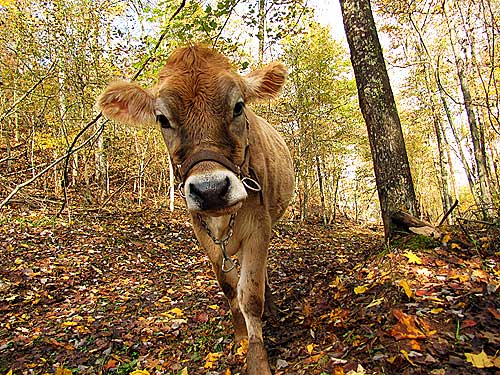 Glory Bee could hardly contain herself. 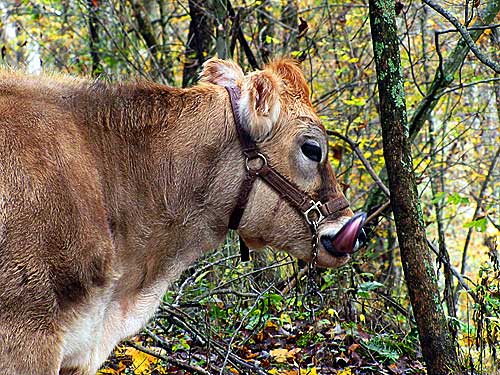 I ordered another calf weaner. And a spare.

First aside: The other evening, when the vet came out to check BP, I went to the vet’s office and had him follow me to the farm. (I was in town anyway to pick up Morgan from volleyball practice, so it just seemed easier than giving him directions.) In the car on the way, I told Morgan to call home and tell 52 to make sure BP was up. “Up” meaning make sure she was up at the gate, handy to bring out for the vet.

Morgan, on the phone: “Mom wants you to wake up BP.”

Visions of 52 out in the field pushing on BP’s shoulder, “Wake up, BP, wake up!” filled my head. I’m lucky I didn’t wreck the car laughing.

Obviously, Morgan doesn’t spend a lot of quality time with the cows.

Second aside: Thanks to reader Jersey Lady, who tapped into her own “cow people” network, I have discovered a Jersey dairy in Roane County! (Real professional dairy people–they sell to Broughton.) I got in touch with them and they are going to AI my cows!