I was up at 4 a.m. this morning to take Morgan to the high school. I am dead tired. I apologize to all the other drivers on the road in Roane County. I need someone to show me how to turn off the high beams on the truck. This was the first time I have ventured out with my stick shift in the dark. Today is the last day of school here and everyone who didn’t get a BIF (I have no idea what that stands for but it’s not good) “won” a trip to King’s Island, which I think is an amusement park in Cincinnati. Long drive. We left at 4:30 so I could have her to the school well enough before the 5:30 departure. They will be back at midnight.

My cousin volunteered to pick her up because I will be in a coma long before then.

Since I was already in Spencer and didn’t want to waste gas going back again later, despite being still half asleep I went to Wal-Mart. There is no waiting in line at Wal-Mart at 6 a.m. Good time to go! I picked up a few things for the studio then I ate breakfast out! At McDonald’s! In my truck in the parking lot. It was very fancy. Mostly, it was to pass some more time, but it felt like a treat since I hardly ever eat out.

Then I sat in the parking lot at Hardman’s (hardware store) waiting for it to open at 7 and watching the contractors pull up because nobody is at Hardman’s before 7 a.m. but contractors. I bought buckets of roof sealer and roof brushes because I’m getting the barn roof resurfaced!

I love my barn. We have a deep and fulfilling relationship and I want it to last for a long, long time. I’m trying to take care of it. 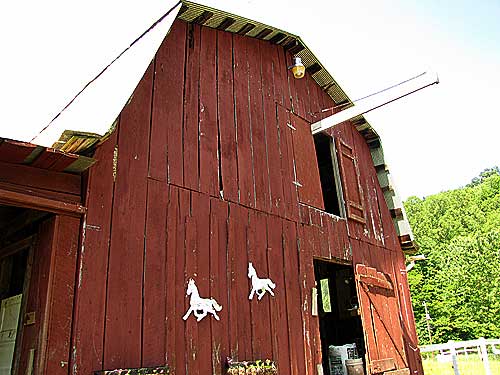 Not long after I (finally! after leaving at 4:30 a.m.) got home, Adam and Robbie, the handy guys who are going to do the roof, showed up with the sad news that it’s expected to rain later today. No roof sealing today. 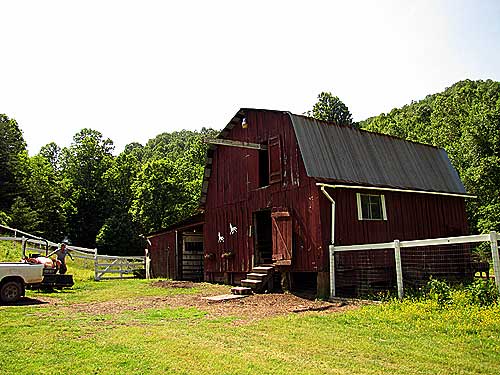 We have other business at the barn. They are also building my milking parlor!

First, they moved in some rock to level the floor. 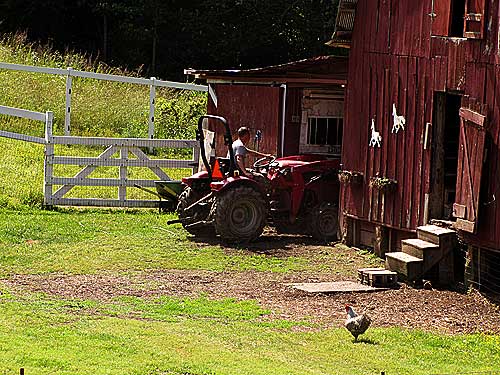 While they were at it, Adam fixed the tractor. Every time I have someone use the tractor, I have to get out this doohickey (screwdriver) from the back of the tractor, wave it vaguely below/near the steering wheel, and say, “You stick this thing in there to press something down and then you can start it.” I’m not real clear on this, but it has something to do with a neutral safety switch that is out of adjustment. Or something.

I went out there about an hour later after they’d moved some rock and Adam said, “I fixed your switch for you.” 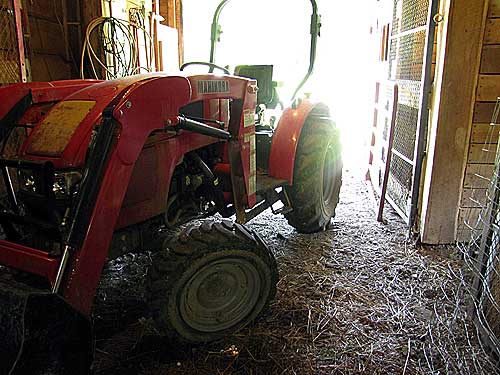 He said, “I only had to start it once to decide I wasn’t putting up with that. It only took about a minute to fix it.”

Now all you have to do is turn the key and the tractor starts. Since I never could figure out how to start the tractor by myself using the doohickey method, I’m one step closer to actually driving the tractor myself! Only about 2,499 steps to go!!! But at least now every time someone comes out here and uses the tractor to do something for me, I don’t have to wave the doohickey at the tractor and leave them to figure it out.

Back to my milking parlor. 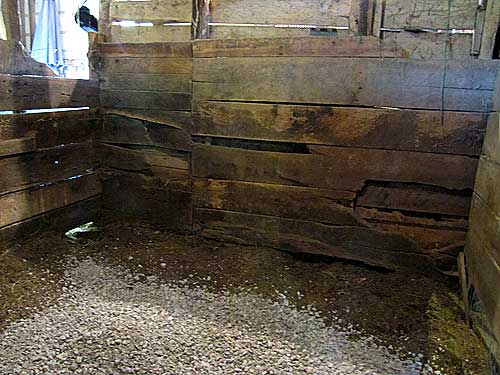 I’ll have a milk stand for cows to the left and a milk stand for goats to the right. The milk stand for the goats will be raised up on a platform with two holes cut out for the milking machine to attach up from underneath. (There will be a cover for the holes that fits in place so that the goat can’t step in the holes when getting up on the milk stand. I’ll uncover it once she’s in place.) 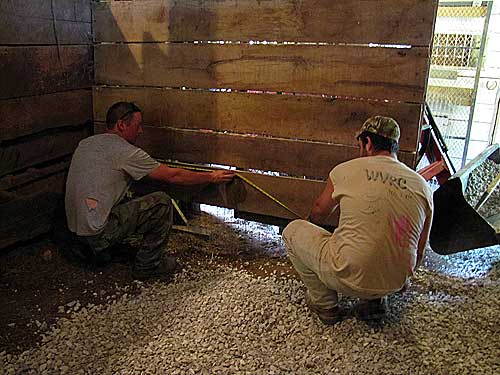 There is a light in this stall, but it’s insufficient, so two new lights are being added with a convenient switch at the door. An outlet is also being added for my milking machine so it can be plugged in right here. 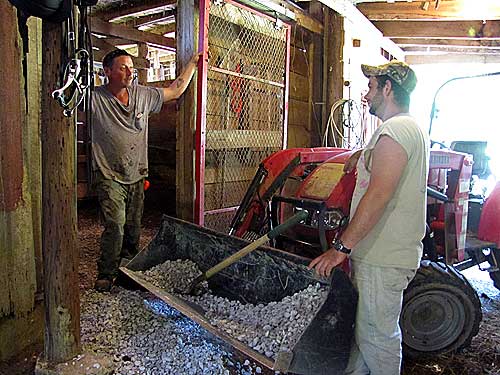 The top of this stall is open all around, so that is being covered with wire to keep out chickens. 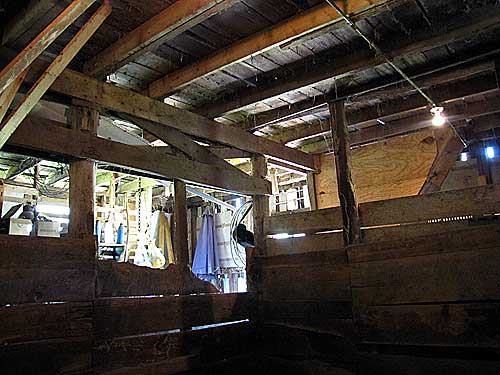 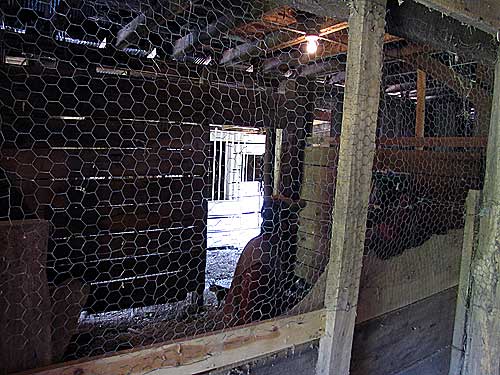 Since Cookie Doe is in milk right now, she will be the first to try out my new milking parlor. I’m ordering the special inflations (attachments for goats) for my milking machine. I’ll try her out as soon as the parlor’s ready!

And now I think this is too much excitement for me today and I need a nap. But not till I get Adam to show me how to turn off my brights.