My new child! He’s the one on the left. 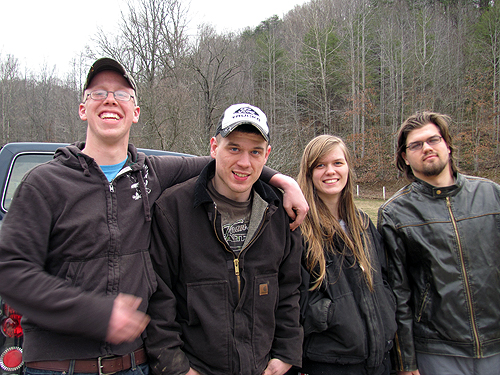 My new FAVORITE child! Look at that big smile! Austin is a sailor on Ross’s sub. He came home with Ross this weekend to help Ross get my truck here–and get back to Norfolk. Ross drove my truck here, with Austin following behind in Ross’s new truck, then they went back together in Ross’s truck.

Austin is from Iowa, and he’d never been to a farm before! 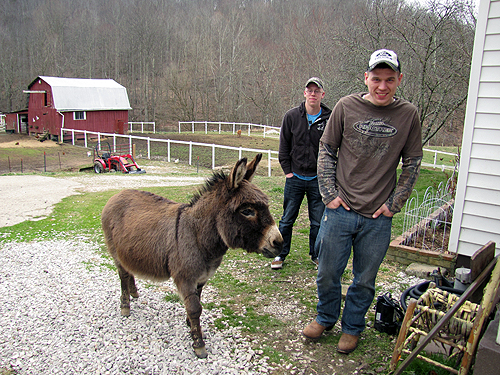 Farms are so out of control! Animals everywhere!

I had a great time this weekend feeding my houseful of big boys. Weston was home from WVU, too. Ross and Weston take my home cooking for granted, but Austin was excited and feeding him was fun. I cooked up venison from Ross’s conquest last Thanksgiving, and made stacks of pancakes with homemade maple syrup. Austin had never had homemade maple syrup or homemade butter before. I had apple pie and brownies and homemade ice cream. Austin was so enthusiastic! I told Ross to bring him back!

So, back to the horses….. There’s a section of fence that they pushed down next to the new shelter. I shut the main gates and left them out till Ross was home. I wanted to learn about fixing fence myself, but I wanted help pulling the fence tighter. So we all got to work. 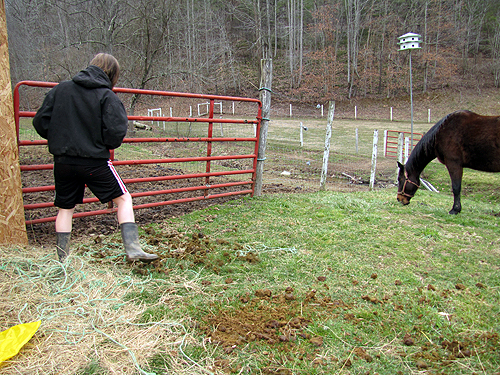 Then she got a halter on Zip. Shortcake follows Zip. Donkeys are another issue. 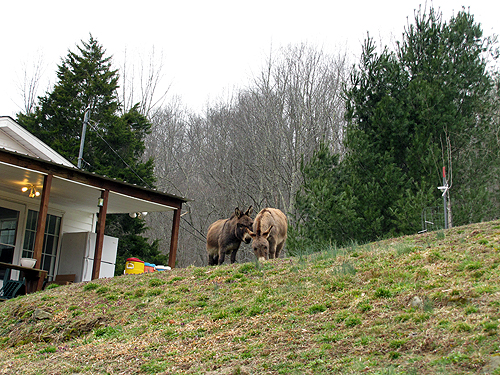 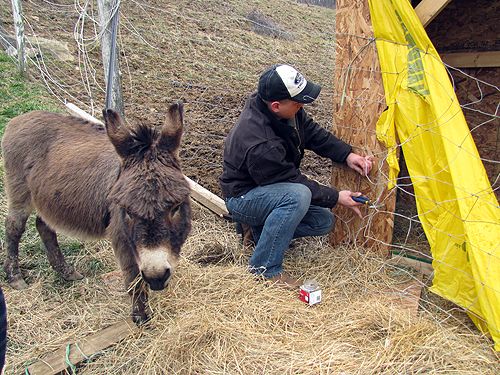 Morgan: “I HATE PUTTING DONKEYS BACK.” 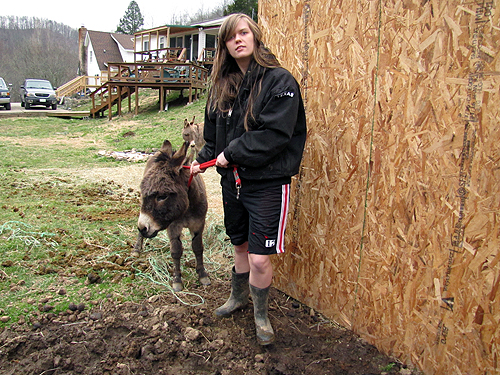 Finally, we had to get some food involved. 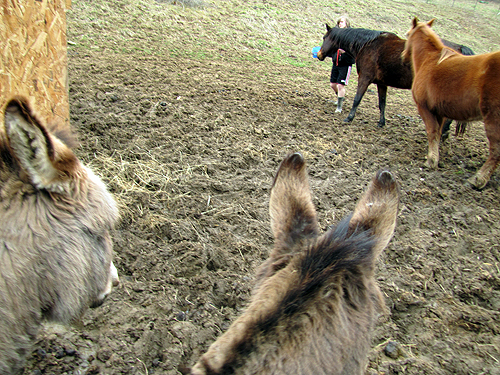 And everyone was back where they belonged! 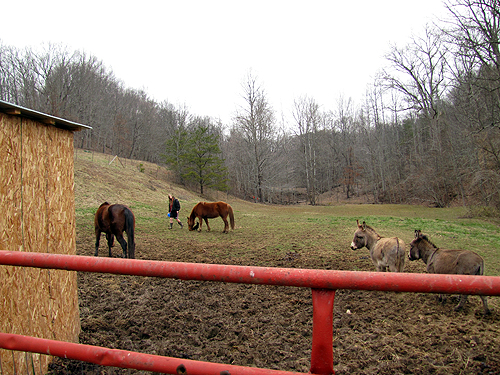 The sailors took off, back to base. 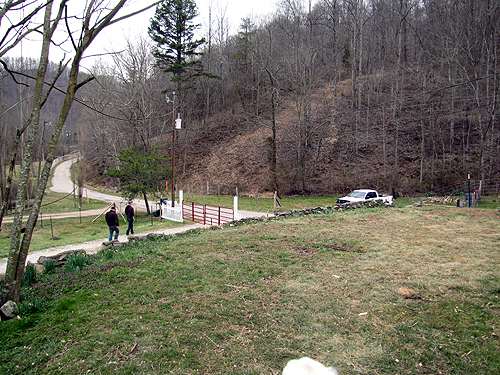 And I left the main gates shut just in case. And good thing. 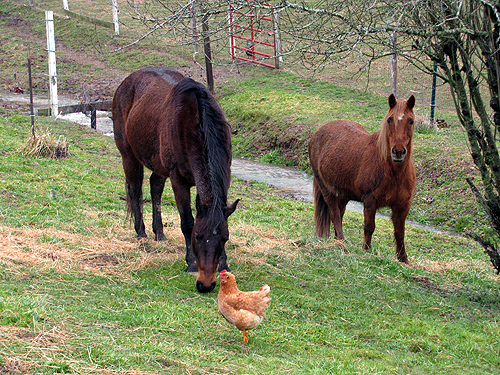 Because guess where the horses are this morning?!