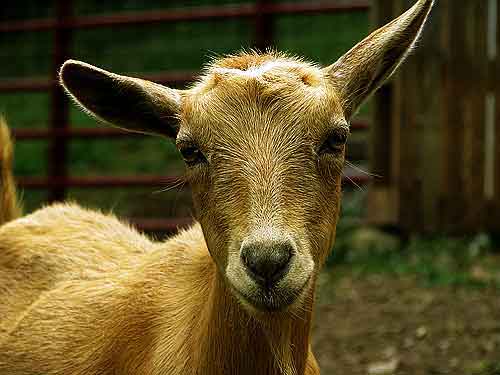 Ah, Clover. Clover, my compatriot, my enemy, my beloved, my nightmare. From the first tablespoon right up till the last one, you were a kick. Literally.

We had our good times. 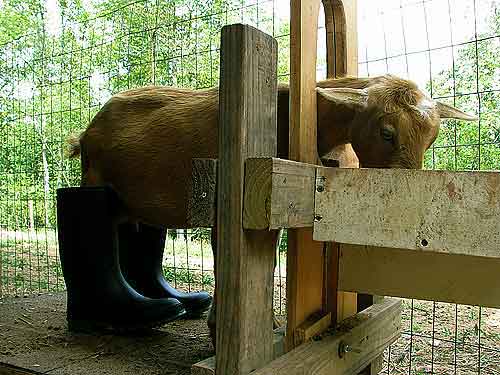 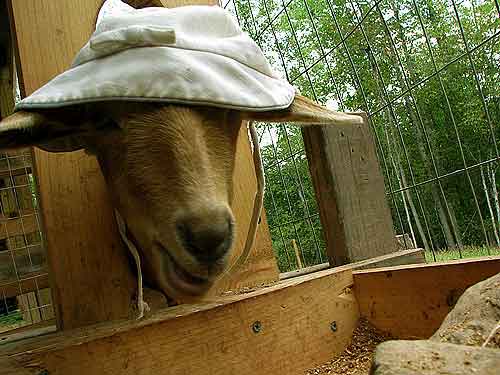 We went from that scant tablespoon to a pint and a half on our best days. We moved the milkstand, tied and retied ropes every which way, changed feeds several times, and made a hundred other near-daily adjustments. We perservered, did we not?

Not that you ever quite adjusted to the personal violation of being milked, I know that. You perservered, in fact, in a totally different direction. You thought up every way under the sun to foil my efforts. I admire you for that, Clover. You are a formidable opponent. 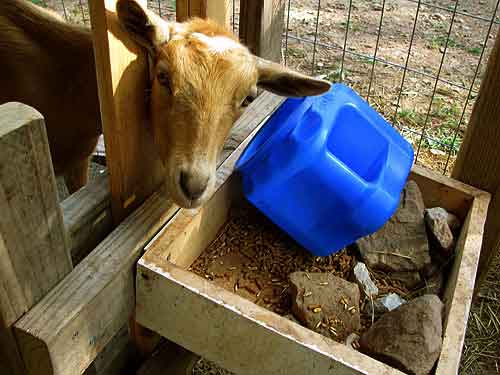 In the end, we approach a truce not by force of will but by nature. Your milk, once abundant, began to decrease as you fought to throw off the shackles not only of my milking but that of your babies. I think Nutmeg and Honey would have to tie you up now, too, to get you to let them nurse you. Faced with milking you twice a day to bring back up your production, I seek instead a peace.

I have gained so much from you, Clover–an unforgettable learning experience, and gallons of milk stacked up in my freezer to use in practicing my cheesemaking skills for months to come. Let’s put aside our differences now and instead look to the future. I’ve got it all planned out, how I’ll stagger breeding you and Nutmeg to keep one of you in milk all the time next year. You first, then Nutmeg, as she still needs more time to grow. But you! You! Toward the end of the year, we’ll get you nice and knocked up just in time for a late spring delivery. I know you need this time off in the next month or two–to relax, to work out at the gym and regain your girlish figure, to knit some booties for the new babies. We’ll work on a separate, improved milking pen for you and get some fresh ropes, maybe a little satellite TV. We step away now, living to milk another day.

You’re thinking about it, too, aren’t you? 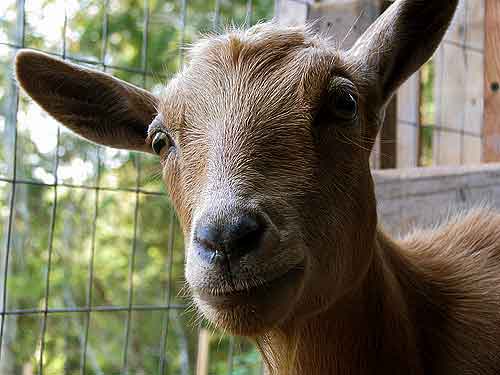 No. NO! For the love of all that’s holy, STOP THINKING!!!