I’ve had the chickens in the house for a few months now, but there was no chicken yard–because up till then, the farm was their yard. But they kept roosting on the deck and the porches, and it just wasn’t pretty. And I’m planning to plant a vegetable garden in the spring. I want my tomatoes for myself, not the chickens! So. The yard has been under construction off and on for a few weeks. 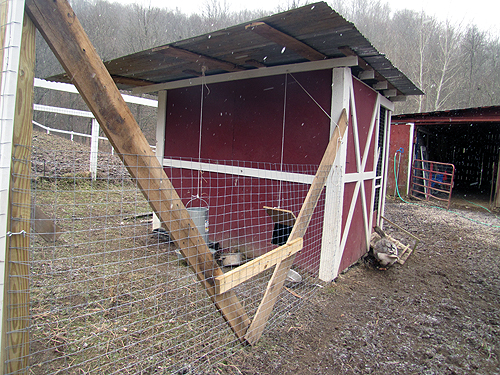 An addition was added to bring the roof over further, to put cover over where I’m keeping the chicken feed. 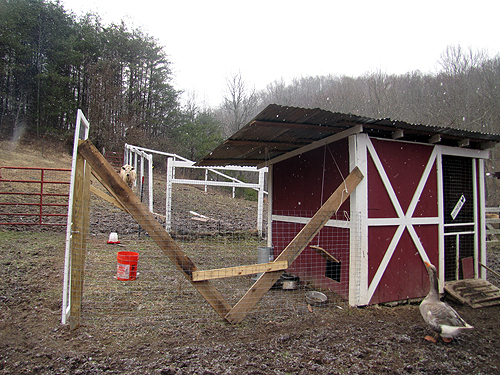 It’s a pretty good sized yard, going all the way around two sides of the chicken house. 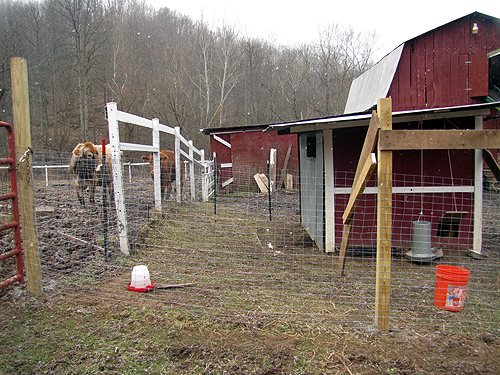 I have to leave room for trucks and trailers to be able to get up to the alleyway, so I couldn’t build out from the front. 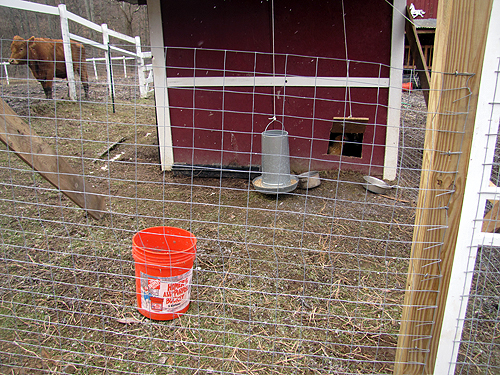 All the chickens are in the house right now except for one renegade hen who escaped while the yard was under construction. 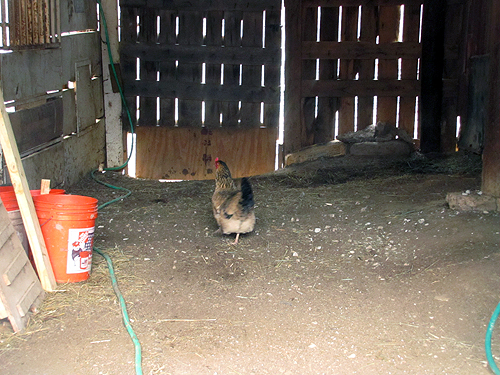 She’s been hanging out in the barn, laughing at all the other chickens who are just excited to get out of the house! 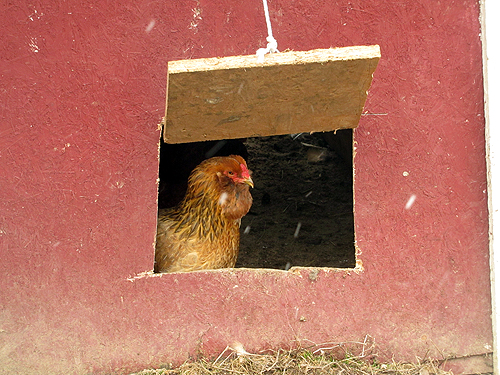 In the spring, I’ll be getting new chicks! It’s been almost five years since I got any new chickens. It’s time. My older chickens aren’t laying much anymore, and I’ve lost a number of them over the years. New chicks. I can’t wait!

P.S. I want to put something over the top of the yard, some kind of netting or chicken wire, but for now, I clipped the chickens’ wings before letting them out so they can’t fly over.