If I had a dollar for every time I turned those eggs in my incubator the last three weeks, I’d be pretty poor. I bet I could count on one hand the number of times I actually managed to turn them three times a day. I’ve got too much going on this spring. I kept forgetting. And the more I forgot, the more I didn’t want to turn them because turning them just reminded me to feel guilty about when I hadn’t turned them.

By the second week, I thought about throwing them out because I’d been so terrible about the turning. But then I’d think about Lucky and what a lovely hen she grew up to be after the accidental incubator overheating that ruined every egg in the batch but her.

So I stuck it out, which wasn’t difficult since I kept forgetting to turn them. I didn’t bother candling them since I knew they were ruined anyway. I completely lost track of time since I’d put them in there, and yesterday I went over to the incubator thinking about what a waste of time this was to go turn them. I picked up the incubator lid and–

Screamed and dropped it. 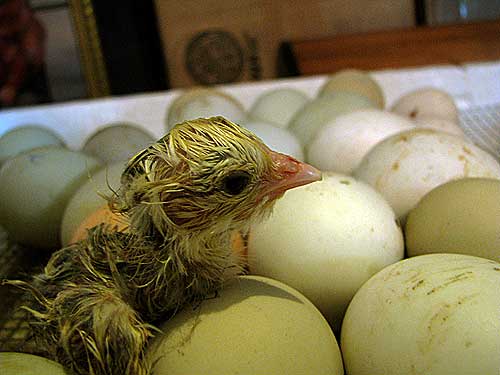 That little chick flopping around in there scared me half to death.

I guess that turning thing isn’t all it’s cracked up to be. (That’s a little incubator humor for you.) 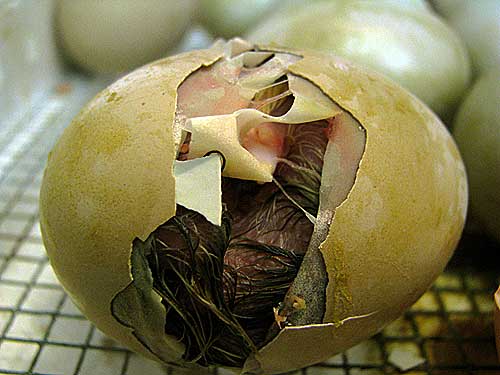 There were 26 eggs in the incubator, mostly green and blue eggs. A few brown eggs. Three banty eggs. Four duck eggs. These are eggs from my own flock, so this could be Mean Rooster’s baby. Do you see a resemblance? (Say no!!) 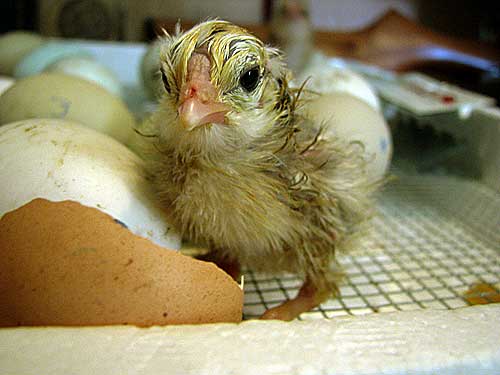 I put half of the eggs in on the first day, but I continued to add eggs for a few more days after I started the incubator, so more may hatch over the next several days, not to mention the duck eggs–which have a longer incubation period anyway. Six chicks have hatched so far. With four roosters, I figure they’re mostly fertile eggs in there, but I doubt I’ll have a great hatch rate due to my turning deficiency.

And to think, I was so sure there would be no more chicks this spring and that all I was doing with these eggs was marking time till I could pitch them, I had just put away the brooder! We gotta get it back out now because–

Look what we made! 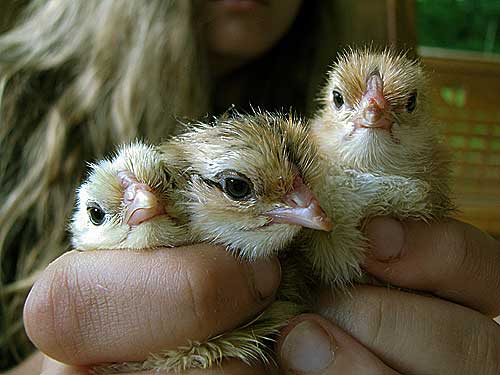 See one of my baby chicks breaking out of its shell: