Can you have too many chickens? I’m obsessed with the fear that all my chickens are going to disappear now that I’m free-ranging them. I go outside and count them during the day. Repeatedly. I count them on the roost at night.

They go into the chicken house and fly up to their roost like such obedient little chickens. Wow. They just go in there. I love that! Then I go out there and shine a flashlight in their eyes as I count down the roost one by one. They love me.

The ducks are another thing. Sometimes they don’t go in the chicken house on their own and I have to go out and shoo them in there. I won’t even tell you about the time this week that I was shooing them in the chicken house and didn’t see a branch that had fallen during our recent flooding storms and I tripped over it, fell all over my face, and came up bleeding. Let’s just forget about that.

The chickens mostly stay in the yard area near the chicken house, but sometimes they run into the goat yard or up the hill or into the woods. I think they’re thinking about heading for the road. I’m working on being okay with wherever they want to go, kinda like when Ross drives to Charleston (the city, an hour away), which FREAKS ME OUT, JUST SO YOU KNOW.

Were we talking about chickens?

So despite the fact that the downside of free-ranging chickens is that now every day is like Easter and I’m hunting eggs because they don’t lay them where they are supposed to (well-trained on where to roost but not so well-trained with the laying), I’ve managed to collect 15 eggs in the past few days and just in case something happens to the 40 chickens I already have (the big chickens, the big chicks, the little chicks), I’m cranking up the incubator. 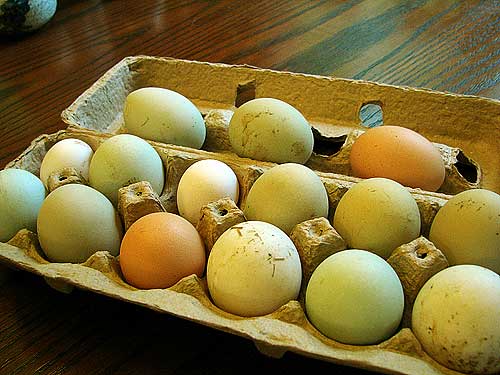 Usually I clean off eggs I collect, but because these are for incubating, I don’t want to mess with the protective shells at all. I’ve mostly collected Aracauna eggs because I love the blue and green eggs and none of the chicks we bought are Easter eggers. 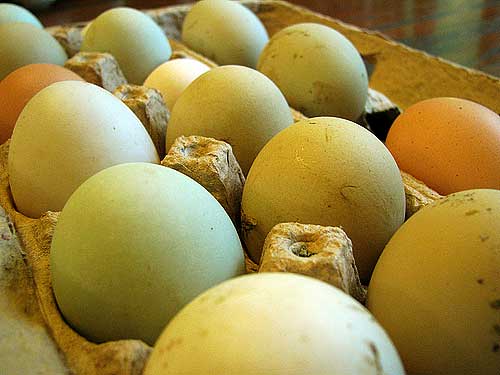 Man, those banty eggs are little. 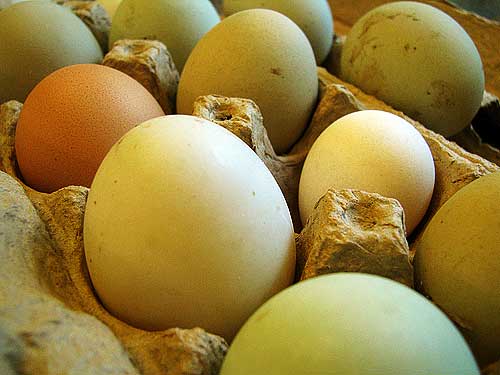 I dragged out the incubator, fiddled with the temperature for a few hours, finally got everything right and settled. 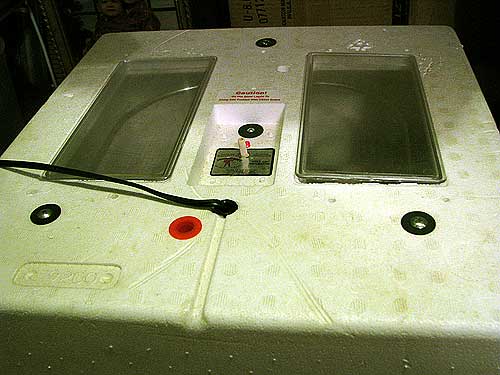 And, oh yeah, I hadn’t cleaned out the incubator from last year (Suzanne!) so I had to clean it out and I dumped the leftover year-old dried eggshell bits out in the yard. The chickens rushed over to gobble them up. I stood there watching them eat the eggshells from the very eggs they hatched from.

Okay, that’s just weird, isn’t it? Cannabalistic! Don’t tell anyone. Especially about the part where a year later, I was finally cleaning the incubator. I’ve been busy!

Yeah, so I’m no Martha Stewart. But in 21 days, I’ll have more babies!