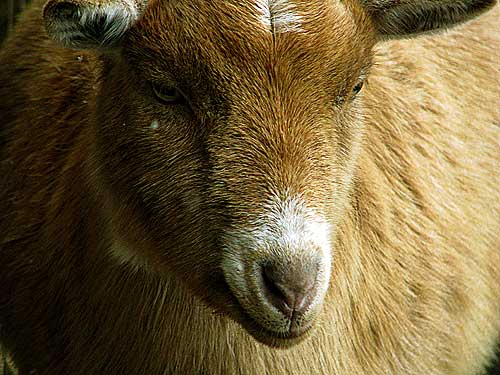 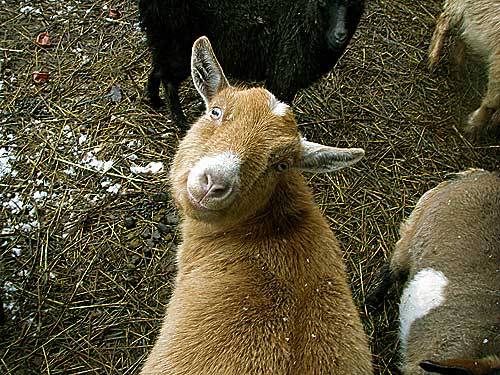 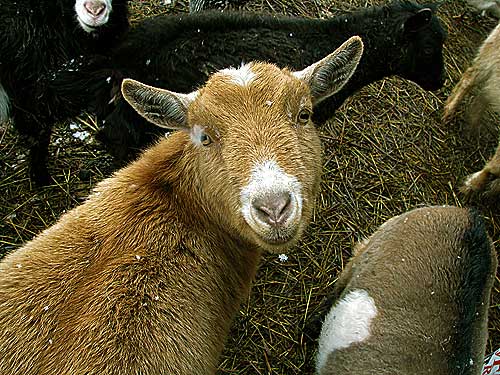 Where he can lick her.

Cuz he can hardly wait to lick her. 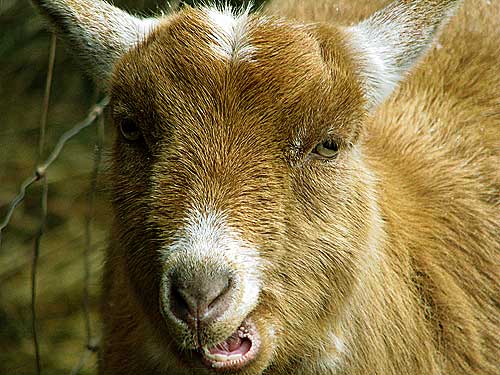 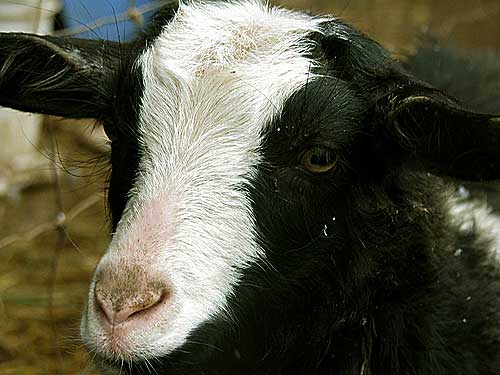 STOP THAT. You’re too young, Sprite. AND YOU’RE NOT A NIGERIAN DWARF GOAT.

When it’s time to put the bucks back together, Rhett is the lighter load to pick up and tuck back away with his goat pen buddy. Unfortunately, this doesn’t always work quite right, such as when I got Clover in the goat pen with Eclipse and had Rhett in my arms, on the way to the goat house. I didn’t latch the goat pen gate quick enough and out came Clover with Eclipse hot on her tail. Rhett went nuts and next thing you know I’ve got two bucks running around the goat yard. Getting hold of Eclipse isn’t so difficult–he’s wherever Clover is, and Clover likes to be wherever I am. 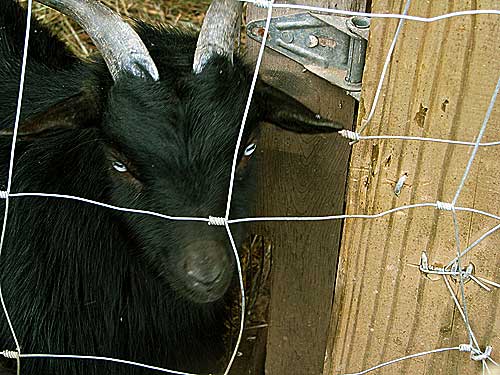 Rhett, to the contrary, isn’t all that particular. Catching Rhett is like running after a Mexican jumping bean. He’s chasing anyone. AND EVERYONE. 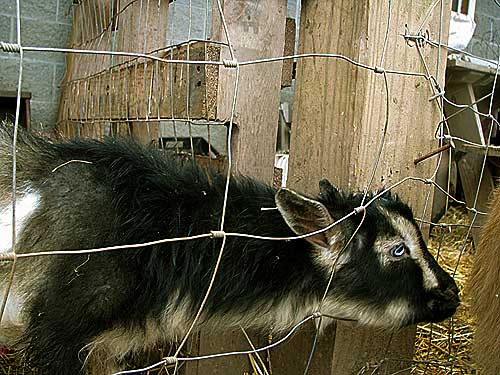 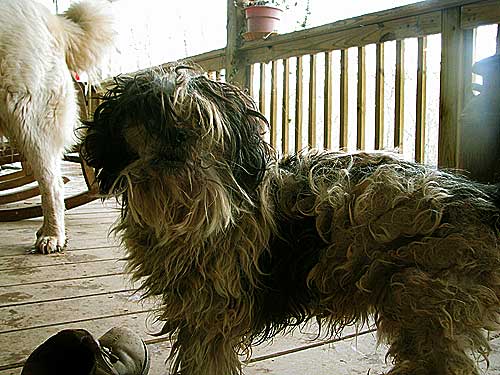 Only Dookie would probably bite Rhett if he started up with that tongue action.

Eventually, I got everyone back where they belonged, sort of. I ended up with Eclipse and Clover in the goat house because that’s where Clover wanted to go and Eclipse would follow her to the moon and beyond. I dunked Rhett back in the goat pen and went after Nutmeg. 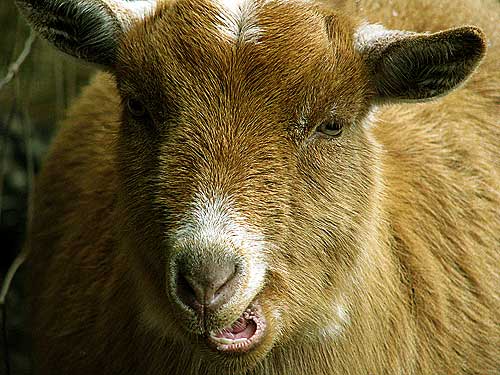 I’d pick up Nutmeg, but I’d need a forklift for that. We don’t call her Rotunda for nothin’. I finally managed to push, pull, and drag her into the goat pen. Rhett went nuts, chased her in circles and on top of the dog house. I was afraid she was going to break a leg trying to get away from him so I let her back out. 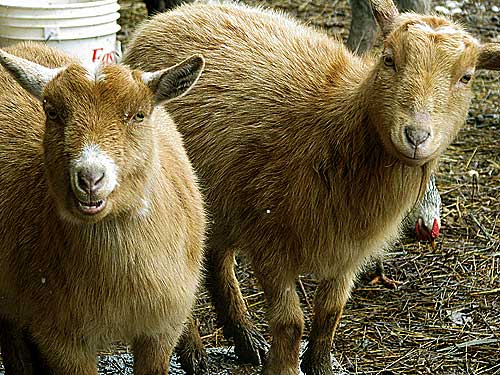 Clover: “It’s not that bad, my child. Just close your eyes and think of England.” 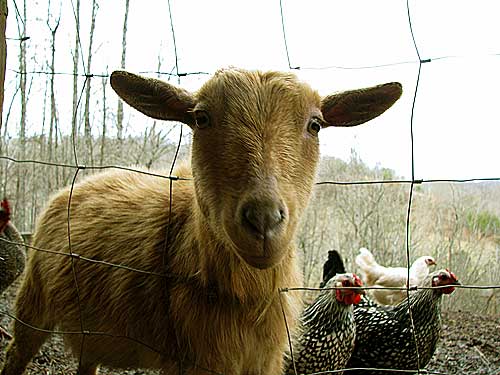