Back to the Sheep Farm, Part Deux. 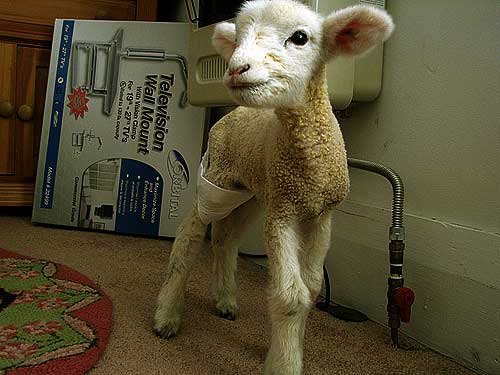 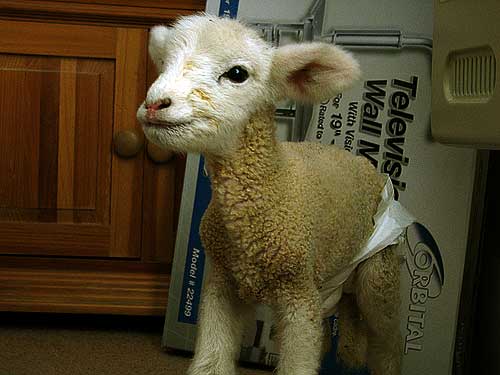 We want to hug you and kiss you and love you all over! 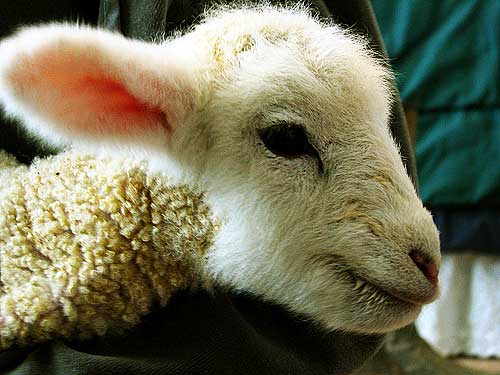 Because, seriously, could this thing be cuter? Do you see how pink her ears are? Like a bunny rabbit’s. 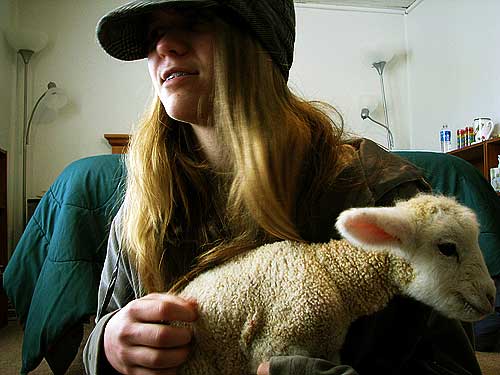 Morgan picked her up and said, “I want to name her.”

My mind immediately reeled to all the names my various children have given our various animals in the past. Pink Pony. Yellow Pony. Red Pony. Purple Pony. (That was a pony phase.) Squirtle. Gastly. Haunter. (A Pokemon phase.) Duck Vader. Duck Maul. (The Star Wars phase.) Mama Tut. (An Egyptian phase.) Blossom, Bubbles, and Buttercup. (A PowerPuff Girls phase.) Kenya and Tokyo. (Apparently, a geographical phase.)

Then she said, “I want to name her Annabelle.”

I nearly fell over in shock. Then quickly leaped upon my good fortune. “That’s a wonderful name! Her name is Annabelle!” 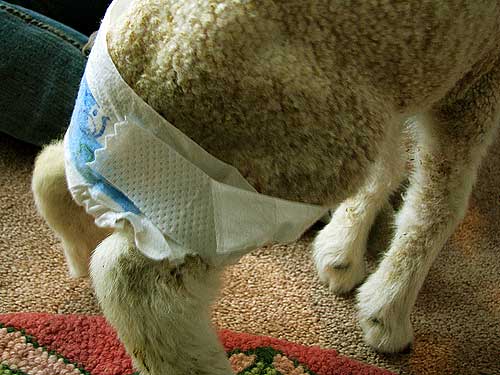 Which, of course, leads to diaper changing. 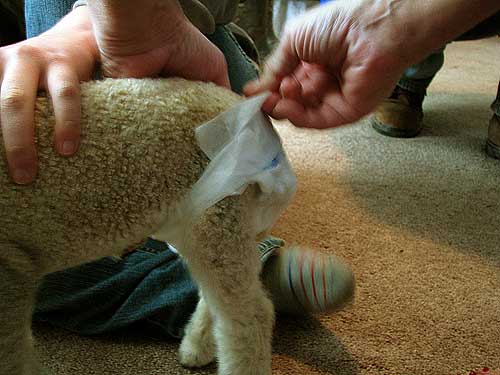 A little hole has to be cut out of the diaper for her tail. 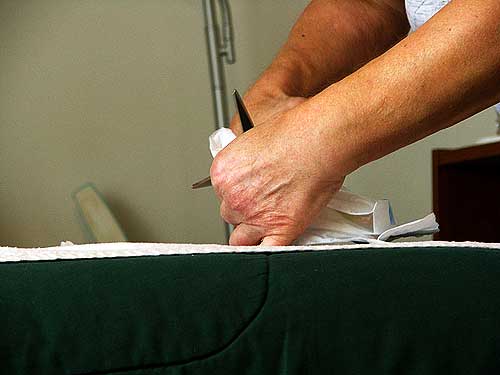 Her tail will be docked because sheep tails attract maggots and flies and are generally a nuisance. It will be done by banding the tail, which will cause it to fall off in about three weeks. (This is similar to how goats and sheep are castrated.)

I’m glad I wasn’t the one cleaning the poop off that tail. 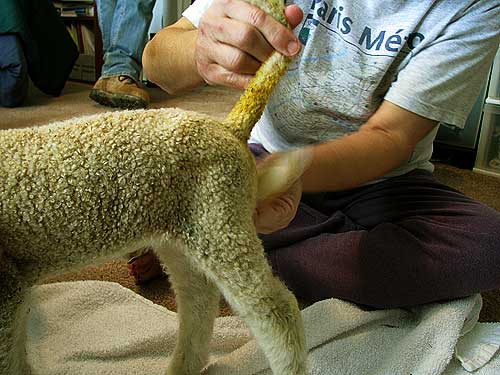 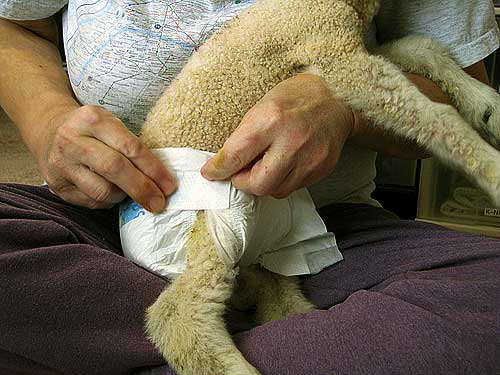 And a bottle of milk. 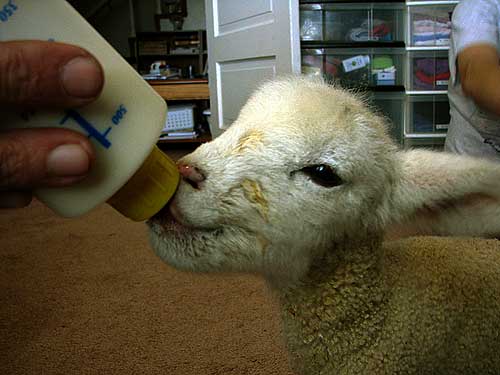 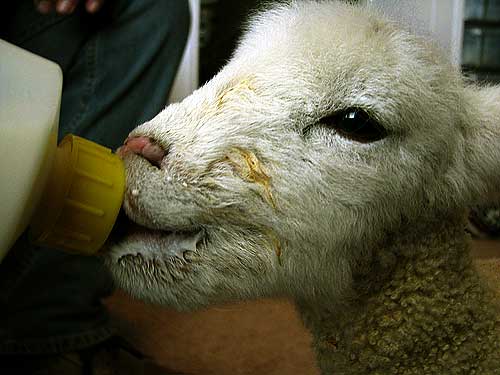 A new lamb has to be fed every four hours. Having a bottle lamb is a big job. At the sheep farm, they’re still hoping she can go back to nursing her mama. She has a twin, a ram lamb, who is nursing, but this little ewe lamb wasn’t quite aggressive enough to get her turn at the udder.

She felt pretty frisky after drinking her bottle. 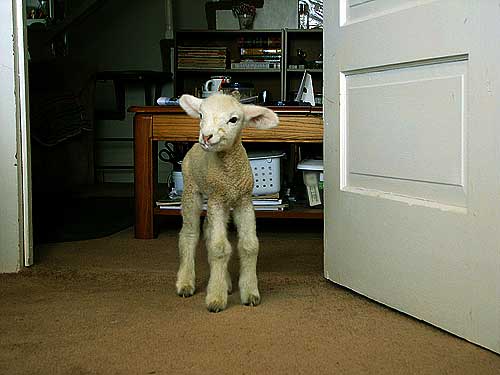 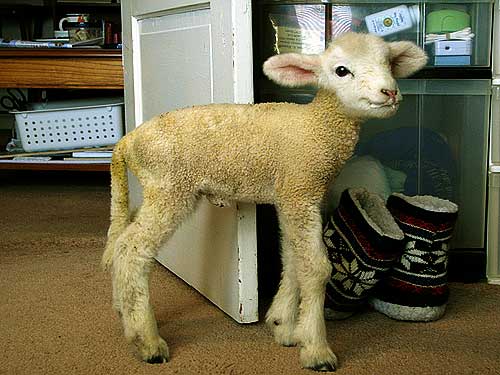 And look at those long legs. 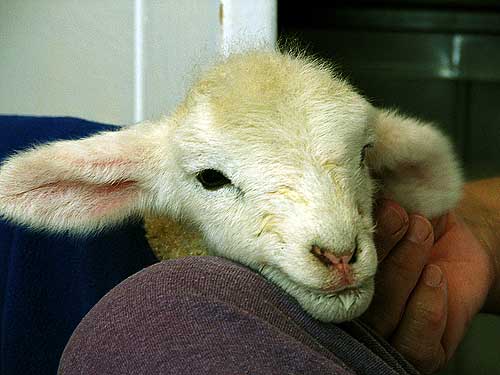 Sheep are sweet, mild-mannered creatures. They stick together because they’re prey animals, not because they’re stupid. They are souful and grounded and I think they have a lot to say even though they can’t speak. I’m looking forward to getting to know Annabelle, and to building a whole flock around her. I will tell their stories for them.

But for now, her future stardom in my barnyard still but a twinkle in my eye, she has to put on her little lamb jacket and spend some time in the barn, time to bond with mama and remember that she is a sheep. 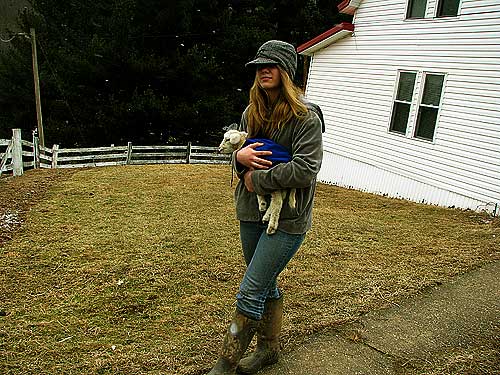 In the barn, she joins her mother and twin brother in the “lambing jug”–a special pen for a new mama and babies separated from the rest of the flock. Annabelle sits under a heat lamp to stay warm. 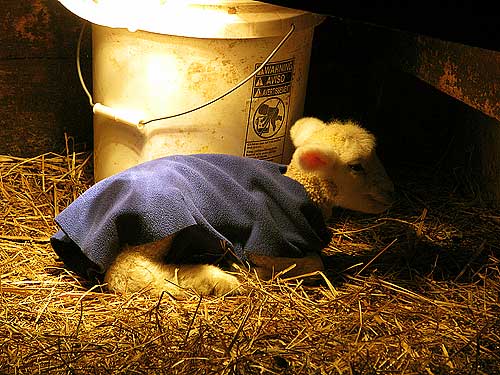