Our little motherless baby hides in the corner of the goat house crying for milk every morning. I get him out of the corner, get Sprite, get him fed. She feeds Fanta’s babies while she’s at it. Then I get some milk to put in the bottle for him for later.

By then, Sprite’s out of milk. 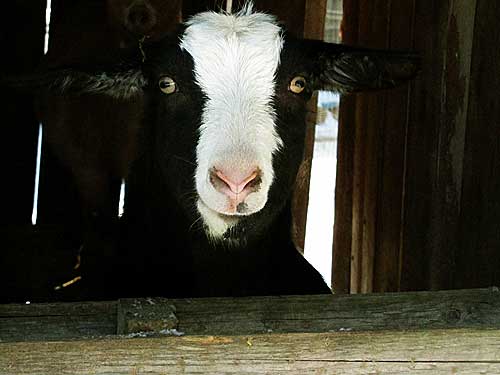 Sprite: “Did I not just feed three gruesome creatures against my will? Now you want to milk me?”

I say, “Who is the dairy goat here anyway? NUTMEG!” 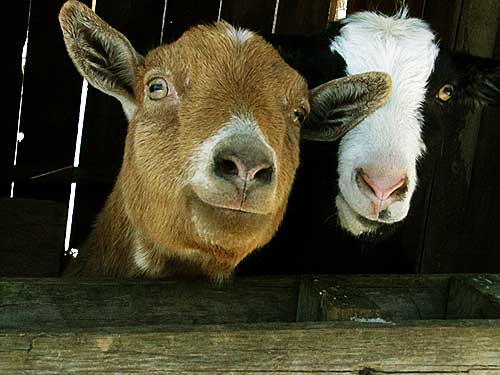 I get my little goat milk pail and stick it under Nutmeg. Nutmeg is a short goat, even for a Nigerian Dwarf (she’s much shorter than Clover), and getting even that little pail under her is no small feat. Then she sits on the pail. We stand her up. She sits on the pail again. 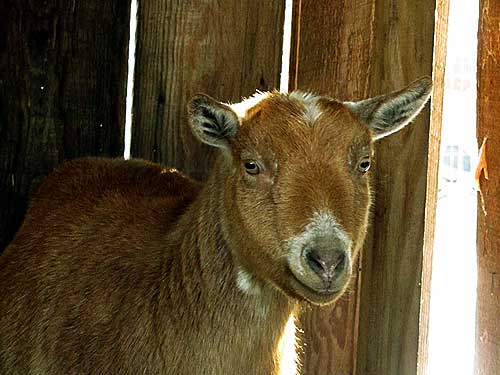 Seriously, milking Nutmeg is like trying to milk a rug. I cross her off the list for milking. EVER.

All right, which one of you goats had a CAT? 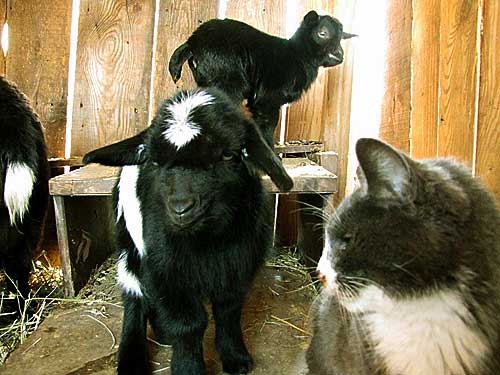 I think I’m back to Clover as far as a dairy goat is concerned. And I’ve even thought about getting Clover and tying her up, down, sideways, and backwards since I saw the other day that she is still milking her two six-month-olds. But I’m just not sure I have that much rope on hand. 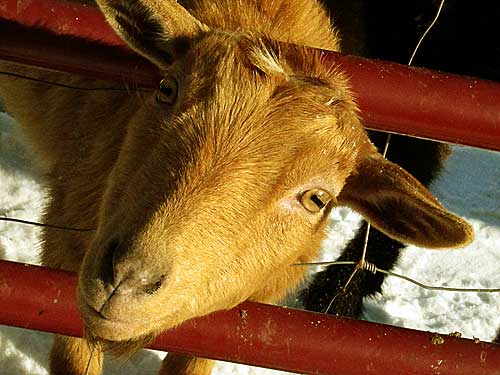 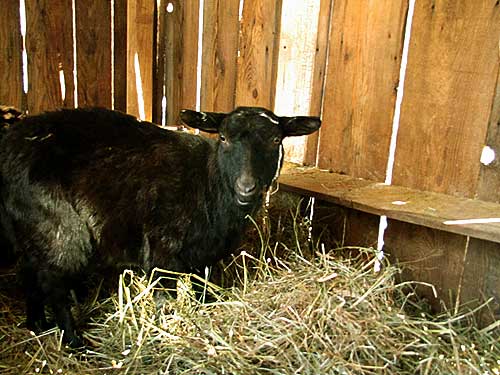 Fanta and Sprite are Fainting goats, which is a meat breed. They have plenty of milk for their babies, but they aren’t bred to be dairy producers. Still, her udder is full since Sprite just fed her babies so I milk Fanta. 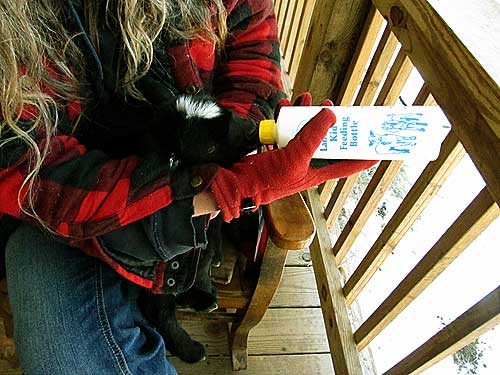 Somebody has to give this baby loves and cuddles while he’s drinking milk and I guess that somebody has to be me. It’s a hard job, but somebody’s got to do it.