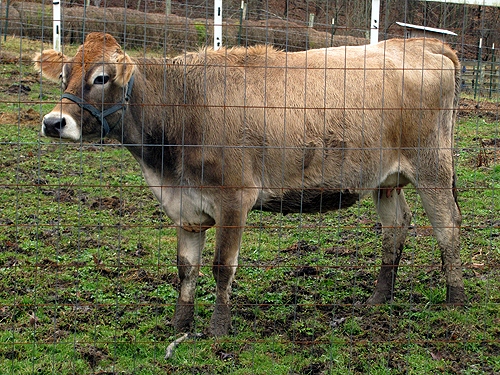 Now that the holidays are over, I’ve circled back around to taking care of business with the girls. Glory Bee needs to be preg-checked. 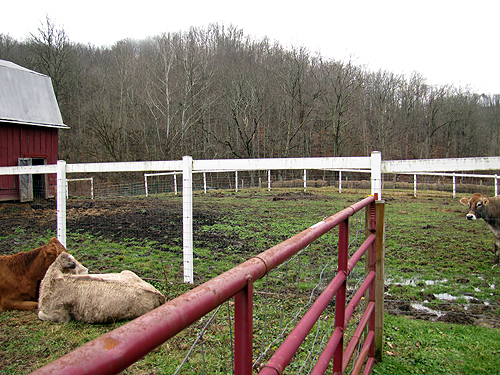 And Dumplin needs to be artificially inseminated. 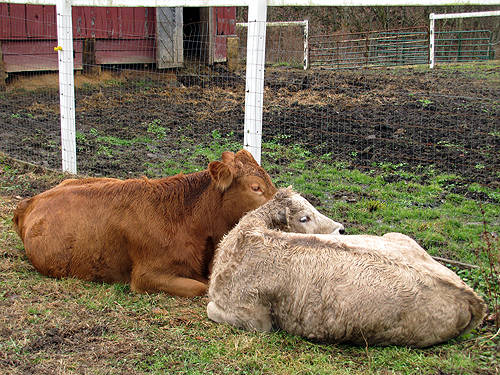 The younguns never like to be separated from mommy…. Usually it’s just for milking. And I’m back to milking also, but this week it’s for another purpose, too. Time for Dumplin to learn to walk into the milking parlor and put herself in the headlock.

One of my favorite things about cows is that they’re really easy to train. But still, I knew that the first time wouldn’t be so simple. Dumplin’s never been put in the headlock before. I knew she was going to need some direction. I waited until I had one of my hired men at the farm before making the inaugural effort. I started with a can of feed and offered it up to Dumplin.

She followed me into the barn and into the milking parlor, but she was slightly confused about what to do next. She didn’t understand how to walk into the milk stand so she could get the feed I was putting in the feed tray. We had to wrestle her around the milking parlor for several minutes before getting her pointed in the right direction. She balked at entering the milk stand. I kept shaking the feed can for her up at the front of the stand while my hired man “encouraged” her at the rear to get her going forward into the stand.

Finally, she got the idea! 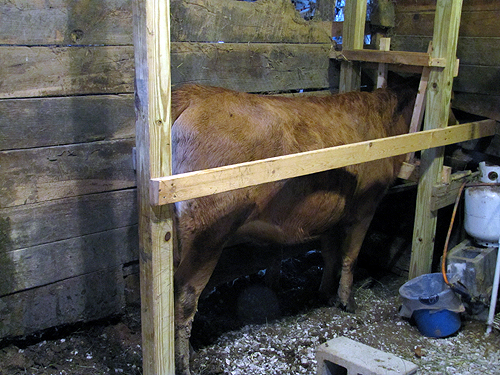 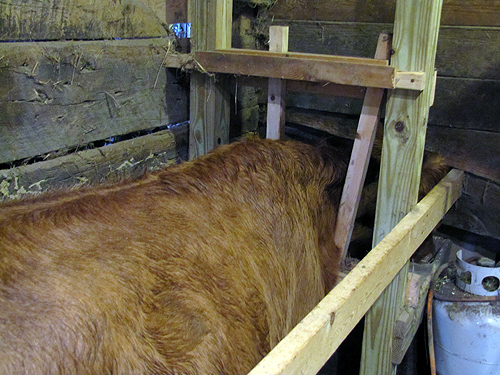 Moon Pie at the door of the milking parlor, wondering why she can’t get in on this feeding action: 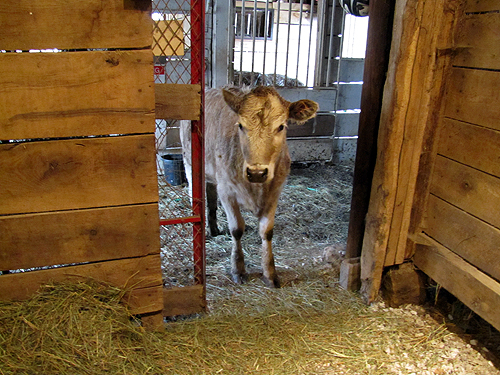 The next day, I did it again, by myself, and it was easy. Dumplin went right in. She got the memo! 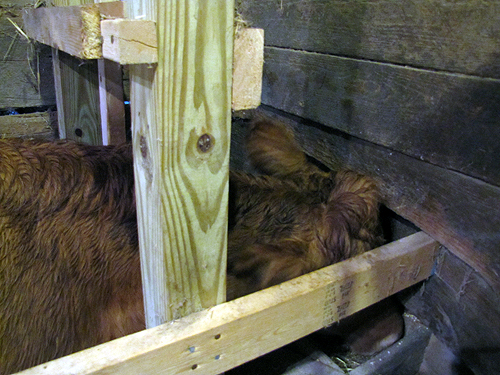 She also had to learn to back out of the stand, but she had that down pat by the second day, too. Since then, we’ve been practicing every day, and will keep practicing until the vet comes. I did discover on the third day that she can get her head out of the headlock. Apparently her head isn’t as big as Glory Bee’s.

Glory Bee: “Don’t hate me because I have a big head. I can’t help it if I’m beautiful.” 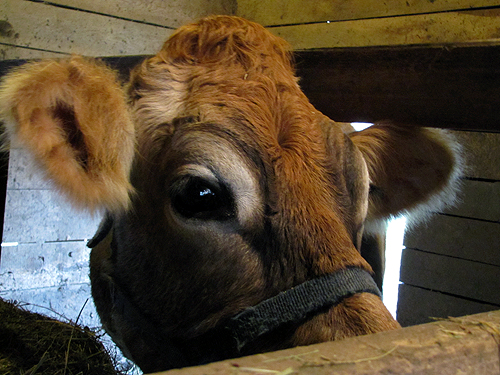 The problem can be fixed by notching a different board for Dumplin to adjust the headlock to her head size. Once I have that done, I can call the vet and start making a calf for Dumplin!