My friend Jerry dropped by the farm one day and I showed him my new milking machines. He’s interested in mechanical things, so I showed him how they all go together–the inflations and lines and so on, describing how they’re attached to the cow or goat, and bringing out my old Surge milking machine also to compare the machines. I explained that the Surge was the first milking machine that brought it all together in terms of what makes a functional milking machine that is healthy for the cow by imitating the sucking action of a calf, and that it was the basis for all modern milkers today. He looked at all the equipment and said, “So what makes it work?” I said, “There’s a vacuum pump in the barn. The machines are connected to the vacuum pump.” He said, “But what makes it work?” I said, “You plug it in! The vacuum pump runs on electricity. There’s electric in the barn.” (Because, DUH, Jerry!) He said, “BUT WHAT MAKES IT WORK?”

In that (blonde) moment, I realized that, while I demonstrate and teach about milking and milking equipment during workshops at the farm nearly every weekend, I still sometimes can lose the details in the whole of the end result. There are many parts and pieces to the puzzle that makes up a complete milking machine. Basically, it takes a village–all those parts and pieces are necessary to make the whole. But, there is one part that came to the party late. It revolutionized milking machinery and, as a crucial component of the Surge milker, became the heartbeat of every other milking machine today–so omnipresent in modern milking that I can almost forget how critical it is when I’m looking at the complete puzzle put neatly together.

Jerry, being a very inquisitively- and mechanically-minded person, was looking for that one specific piece that would make the whole make sense.

At which point Jerry slapped me and went home. (JUST KIDDING.) 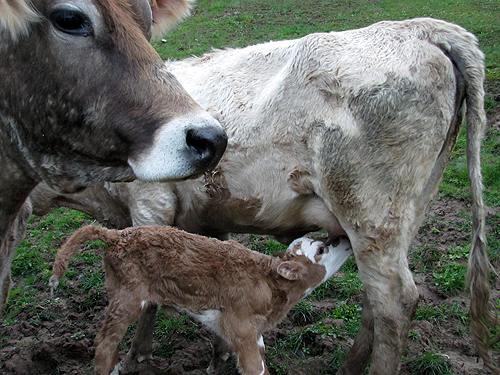 A baby can’t swallow in one long, continuous drink. It sucks and swallows, in a regular and repeating rhythm. Suck, release, suck release. When sucking, their mouth is closed over the top of the teat, pulling the milk from the teat into their mouths. Between sucks, they release the pressure, allowing more milk to fall naturally from the udder into the teat. The baby does this over and over, sucking and releasing, until they’re satisfied. 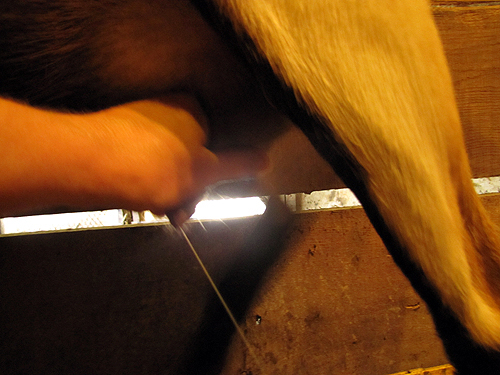 Modern milking machines use inflations–rather than a baby’s mouth or a human’s hands–to cover the teat. The inflation is made up of an inner liner of flexible material housed inside a protective outer shell. 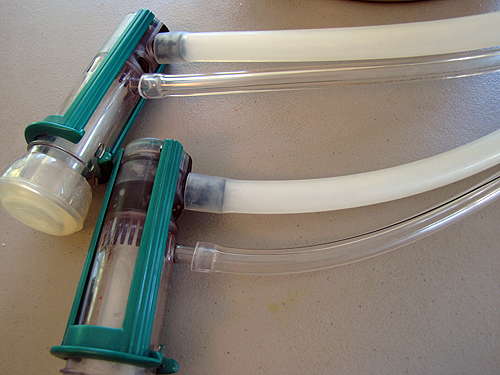 The inflations (two for goats, four for cows) are connected to the machine with two lines per inflation–a milk line, which transports the milk cleanly and efficiently to the milking machine bucket, and a vacuum line, which supplies the suction from the vacuum pump. 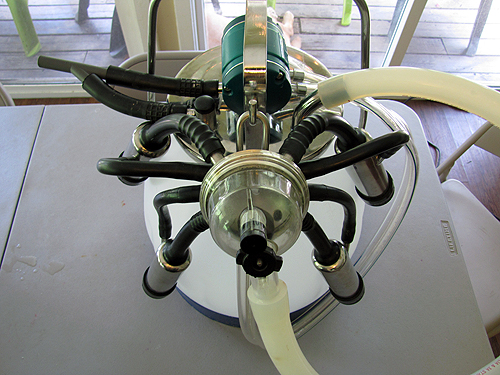 Connected between the vacuum pump and the inflation vacuum lines is one very important element, and that is the pulsator, which delivers the vacuum suction on a regular interval basis, known as a pulsation rate. 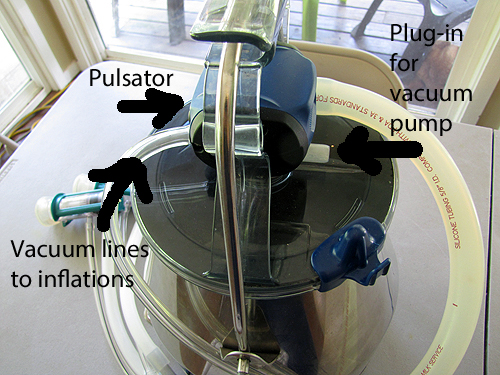 Taking this back to simpler terms, this means the suck and release of a calf or the squeeze and release of a human hand. The pulsator breaks up the vacuum, creating a pull and let go pattern instead of a non-stop pull. 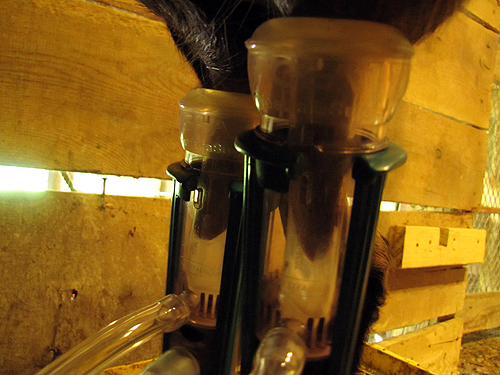 This makes a machine that treats the animal in a manner that imitates nature, which previous incarnations of milking machinery did not. Early vacuum pump-based milking machine attempts relied on simple straight suction at a constant level. Imagine how damaging that was to a cow’s udder. The pulsator was first employed in milking machines in the late 19th century, but was not in widespread use until over half a century later when the creators of the Surge brought the pulsator together with a fully functional overall design. 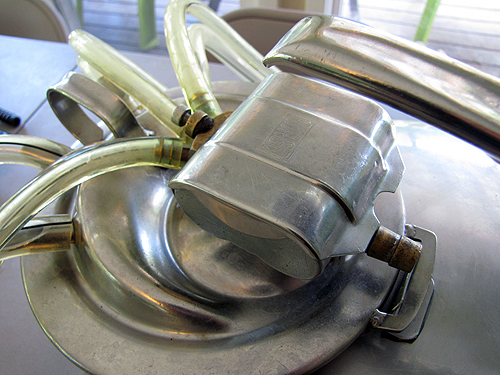 And over half a century again since then, milking machines today are still based on that breakthrough format. While materials, designs, and efficiency have continued to advance, the pulsator is still….

….what makes it work.

In this video, you can see the action of the pulsator applying the suck and release to the inner lining of the inflations, and thus to the teats, creating nature-inspired machine milking. I’m using my goat milker from Hamby Dairy Supply to demonstrate because it has a clear outer shell which allows you to see the magic happening inside.