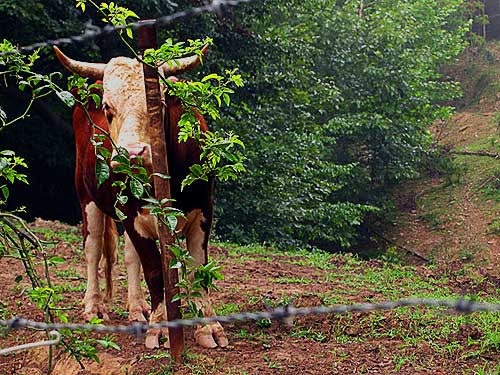 This is Cheeseburger. Or Hamburger Helper. Or something like that. I’m not sure I’m remembering his name right, but it’s one of those names, connoting his final destination. There are actually several bulls at Skip’s farm, in various stages of developing their Porterhouse steaks. Skip won’t butcher a cow until they’re at least two years old (for the premium meat development), so there are several of them of varying ages wandering around. 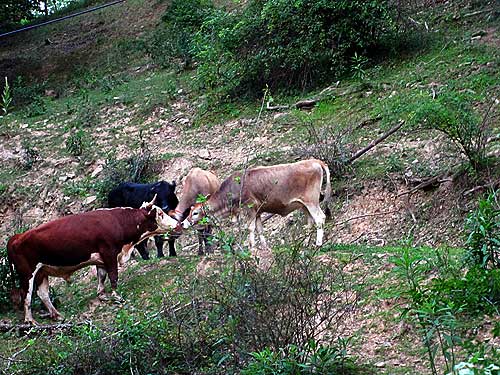 Right before I took this picture, he had been trying to mount BP. Another of the young bulls had also shown up and had also been making attempts to woo. Then Adam showed up. (The black Gelbvieh-Angus cross.) Notice the red bull heading off after being dispatched by Adam. 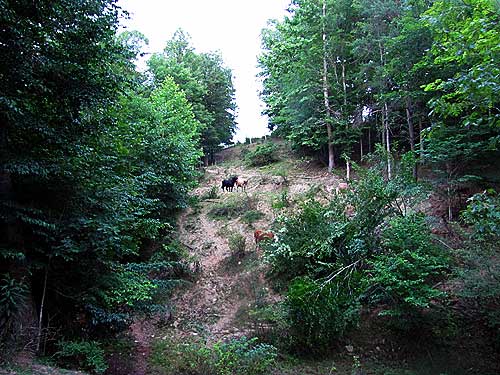 Here is a young black white-faced bull, who had arrived along with the red bull before Adam. 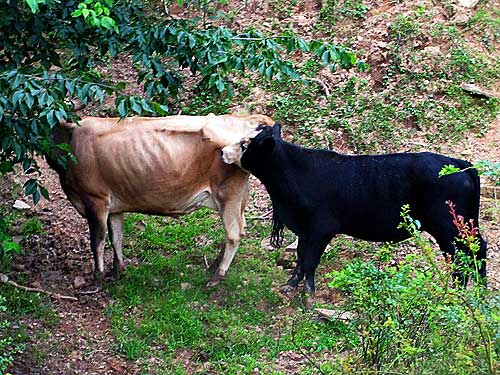 Adam dispatched him posthaste as well. (Also notice BP with her head on Adam’s shoulder as he runs off the other bull. The girls display a natural preference for the dominant male to father their children.) 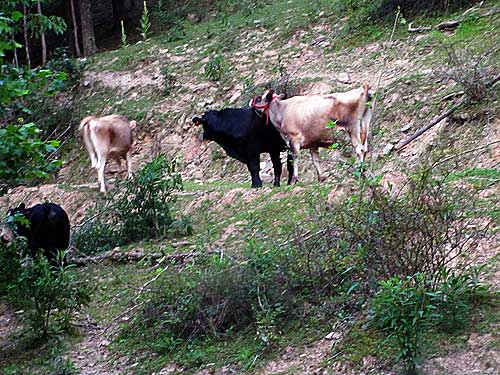 And then all was right with Adam’s world. 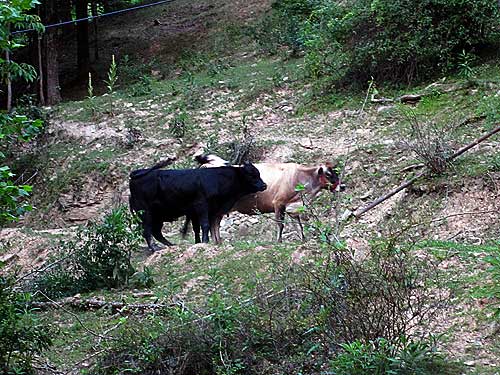 And he and BP went on their second honeymoon. 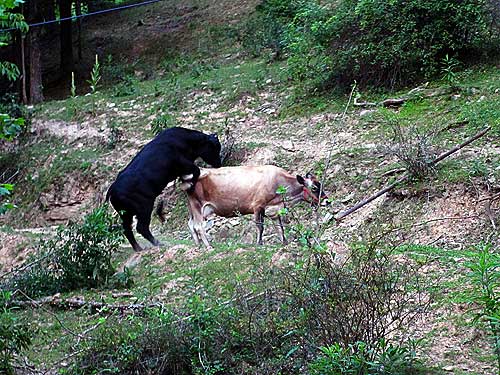 Note that Adam doesn’t have one of those names that suggests there is a backyard grill in his future. He is the dominant bull, the main man, the sultan of the harem. During the first heat time when BP was there, and the second time (three weeks ago), Adam was in full possession of BP round the clock. When her heat is over, Adam disappears. He has other women to attend. I have not seen hide nor hoof of Adam since BP’s last heat three weeks ago. Yesterday was Day 23. No Adam. However, Cheeseburger (or whatever) was hanging around. (Back to current photos, from last night.) 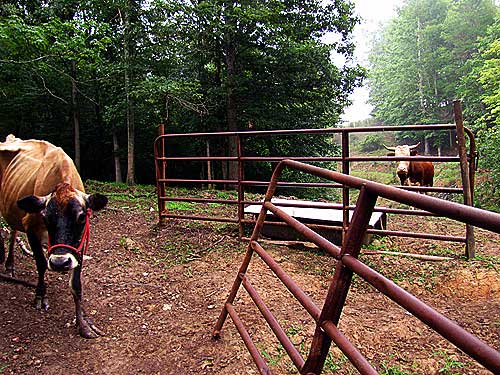 WHAT DOES THAT MEAN? 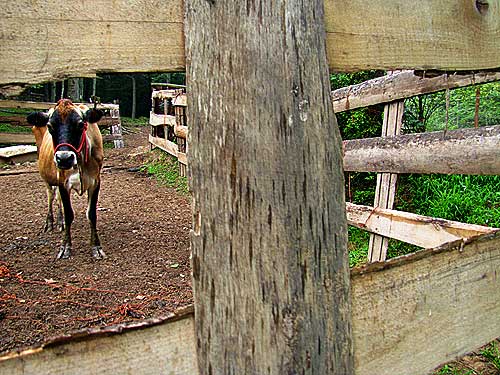 He wasn’t paying any particular attention to BP. Or to Glory Bee, either, by the way. 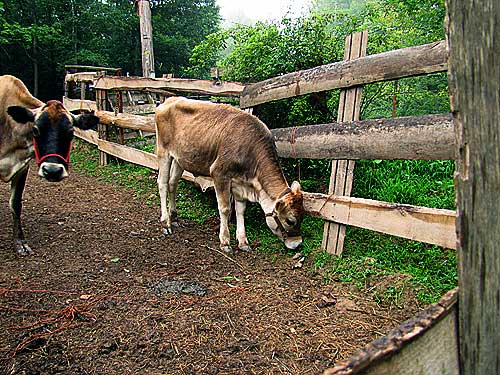 I’m not sure they actually arrived together. By the time I got there, BP and Glory Bee were already near the corral, positioning themselves for dinner, and Cheeseburger was nearby. Sometimes there are other cows around. There are, after all, a lot of cows there, spread over several hundred acres, and they go where they want. None of them have caught on, or at least started a routine, related to BP’s dinnertime. They seem to grasp that it’s not for them. When they are around, I shut the corral gate while BP and Glory Bee eat. The only times I’ve let another cow in with them while they were eating was when Adam was attending BP in heat because at those times, he was absolutely inseparable from her and I really don’t want to argue with him.

There has been no Adam this weekend. And yet the mere presence, even if possibly accidental, of Cheeseburger is unsettling and throws a wrench in my certainty. I’ll have to see if BP bellows on August 11 (the next 21 day mark). 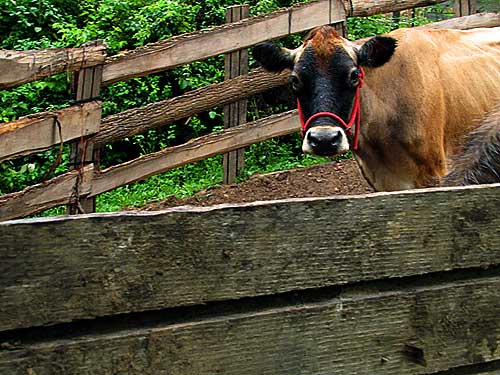 In the meantime, tomorrow, BP is coming home!