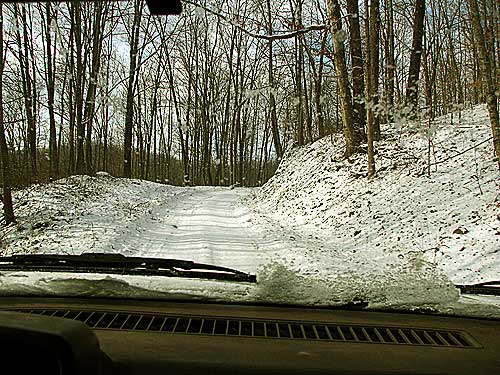 This is the part of the road I call “the scary part” even though it’s all scary sometimes. 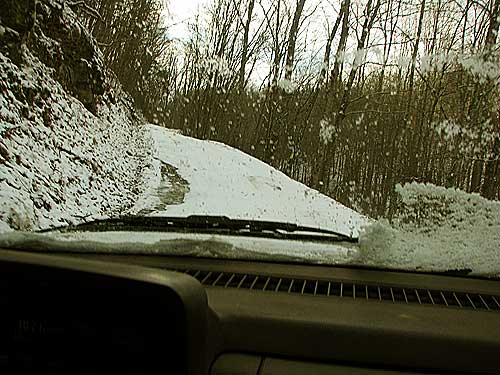 (Excuse these photos taken through a wet windshield.) See how narrow it is and how the ground drops off steeply right at the side of the road? Sliding on ice would be a bad idea here. 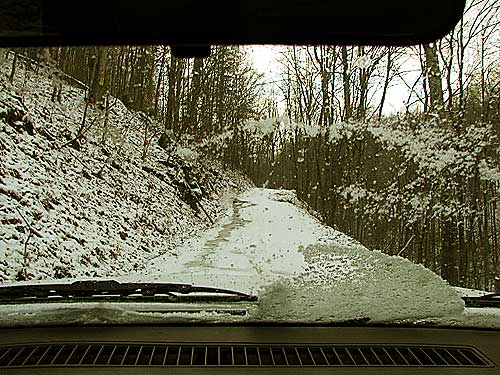 But Mr. Pibb was waiting for us! We couldn’t let him down. And things were okay once we were on the interstate. 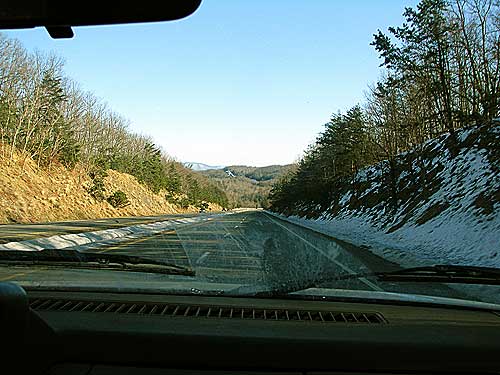 We were originally due to pick up Mr. Pibb a couple of weeks ago, but the big snowstorm got in the way. As a result, Mr. Pibb made a layover in Virginia where another fainting goat had been delivered at that same time. We got there as soon as we could and saved him from the gang of chickens persecuting him in their hen house. 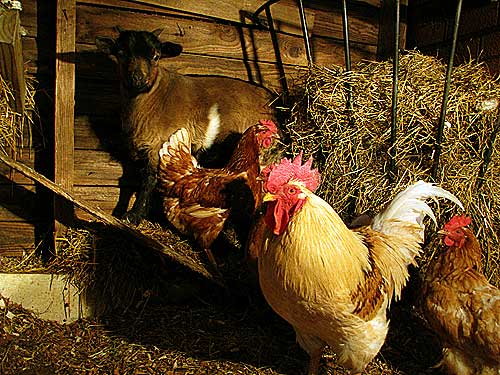 I’m just kidding. The only thing scary on that farm was this Boer-cross goat. 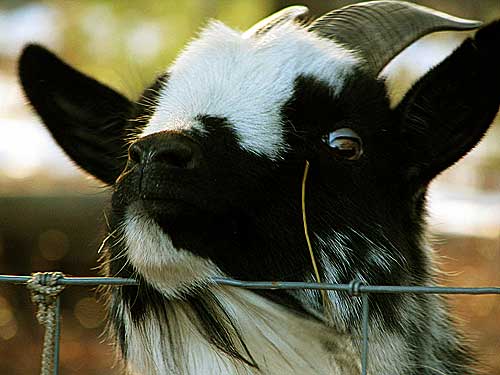 Who reminded me of this one of our Jacob sheep. 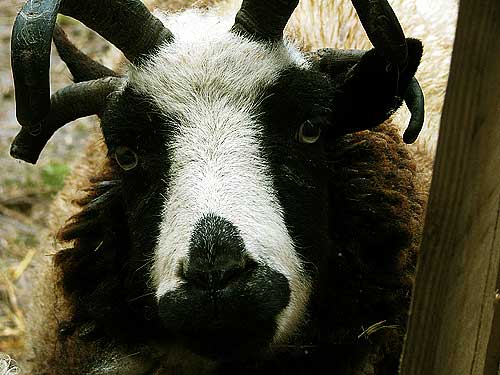 No wonder Mr. Pibb was in the hen house! I bundled him up with a big, thick towel and sat him beside me in the truck. 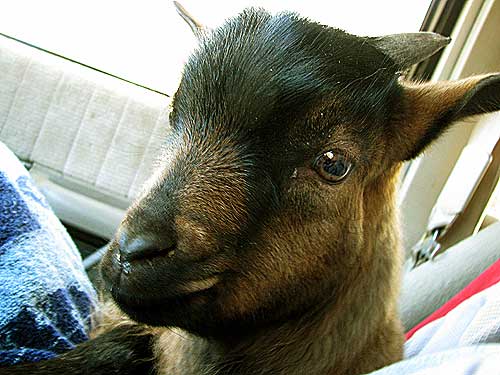 There and back (11-hour round trip), I crocheted two dishcloths with pretty ruffly edges. 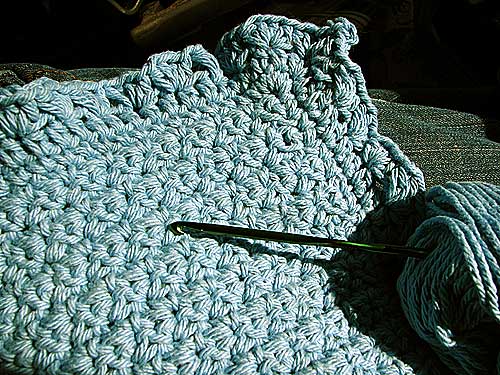 I tried to teach Mr. Pibb to crochet…. 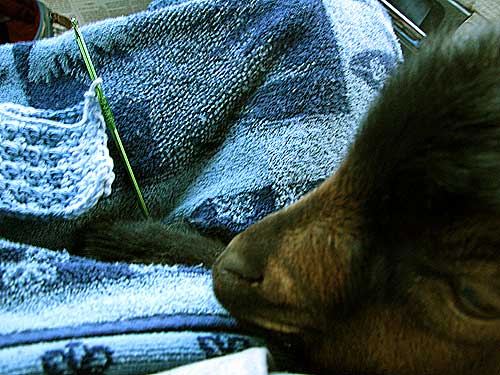 ….but all he wanted to do was snuggle. 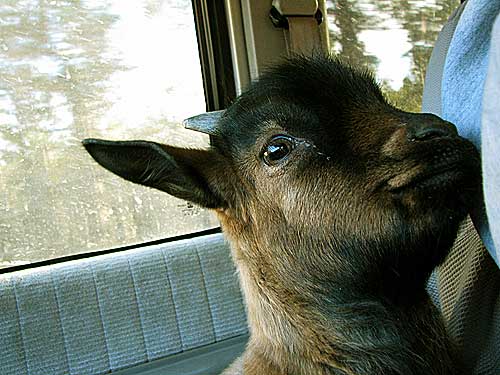 It was late, long after dark, when we got him home. We put him in the goat pen with just Fanta and Sprite for company. They slept in the dog house together. Though when I went down in the morning to check on Mr. Pibb, he was nowhere to be found. I thought, oh no, Fanta and Sprite ATE HIM! They looked pretty guilty, and he IS little! You know goats will eat anything! 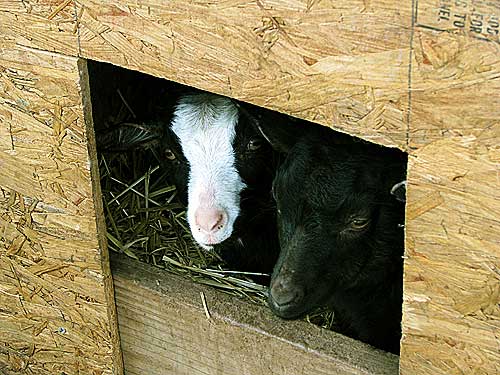 Turns out he was hiding at the back of the dog house behind them. He didn’t want to come out. Really, nobody wanted to come out yesterday and the chickens wondered why I made them come out. 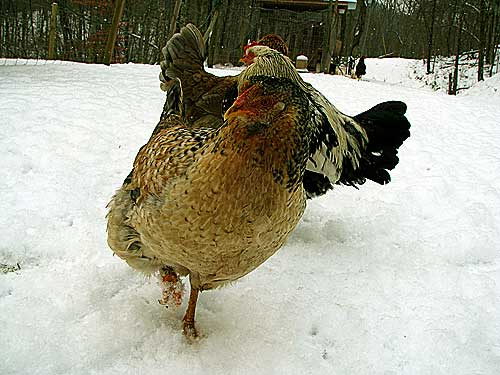 The goats and Poky took Mr. Pibb’s arrival well. No fussing. They understand he’s just a wee thing. Clover will wait till he’s a bit older before she beats him up and puts him in his proper place. She’s patient like that. Mr. Pibb did emerge from hiding a few times during the day, mostly to run back and forth between the goat house and the dog house in the goat pen, and once or twice to eat. 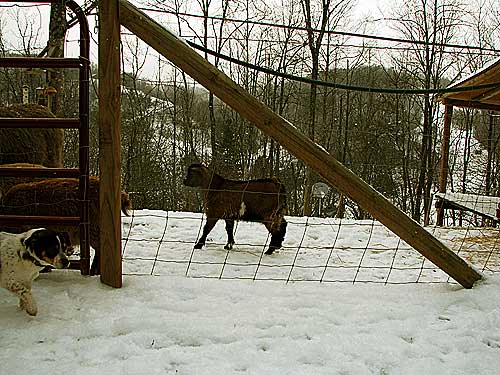 He watched from afar when I broke out the Christmas ornament cookies. 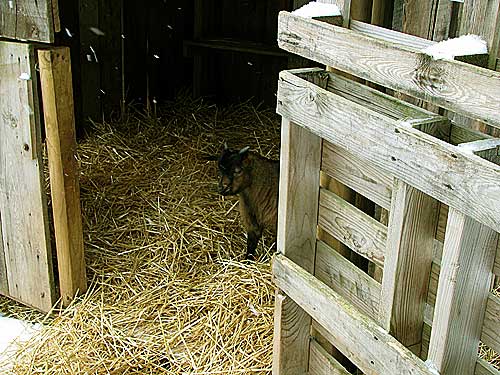 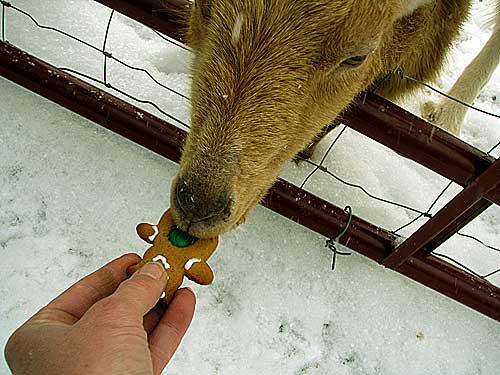 It snowed all day yesterday. Non-stop. This is the fifth winter I’ve lived in West Virginia and it has snowed more already this winter than the last four winters combined and I thought it was a lot of snow before. I’ve never lived anywhere that it snowed more than like once a year and then just a little bit. 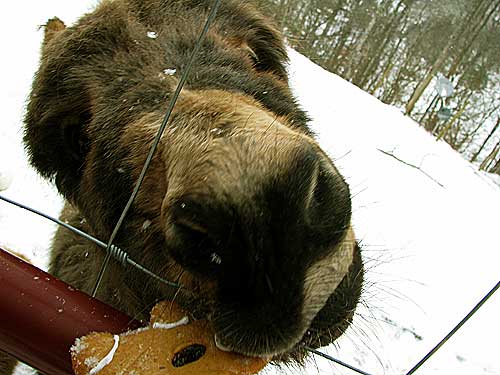 It’s supposed to snow all week. 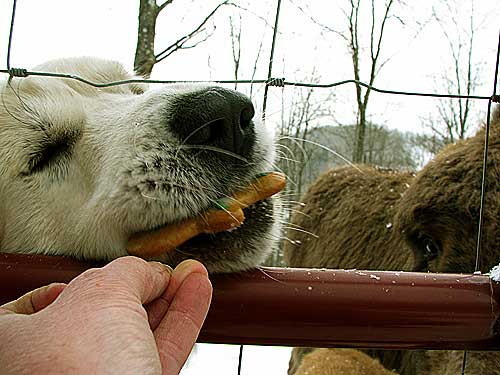 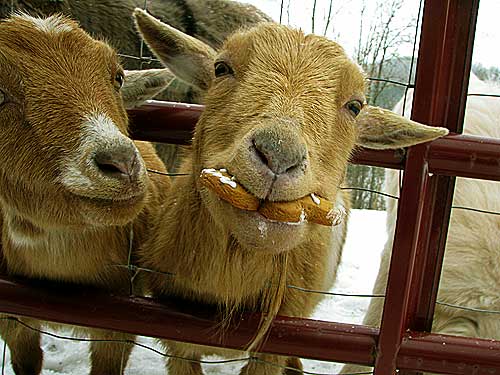 And talk Mr. Pibb into a cookie. Sprite and Fanta wouldn’t take cookies when they first got here either. But they do now. 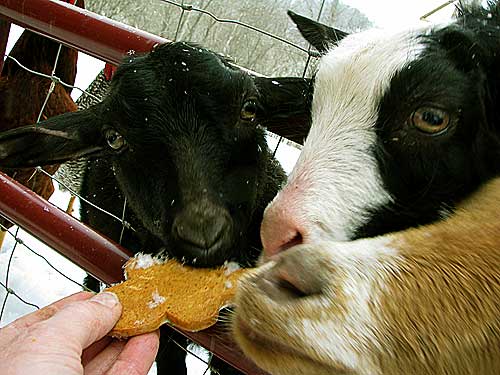 I know your kind, Mr. Pibb. 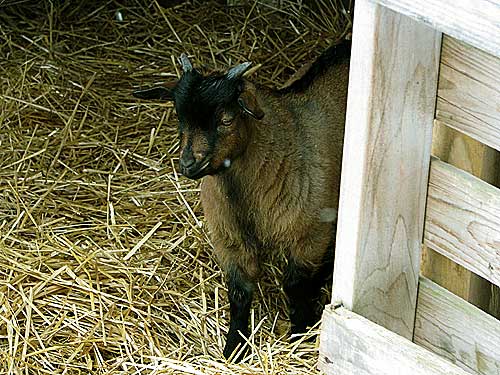 I’ll win you over to the dark side. Don’t worry, we have candy sprinkles here.

To win: Leave a comment on this post and let me know you want it. You can just put (BBB) at the end of your comment or otherwise note that you want to be in the draw. One winner will be drawn by random comment number to receive a Ball Blue Book. Eligible entry cut-off is midnight Eastern (U.S.) time tonight. This post will be updated with the winner no later than 9 AM Eastern (U.S.) time tomorrow. Return to this post to see if you won.

Update 01/06/10: The winner is comment #17, cricket. Email me with your full name and address for shipping!

THIS CONTEST IS CLOSED.