The total on my little flock looks to be 12. After the overheating disaster with the first dozen eggs, only Lucky survived. Out of the second batch of 30 eggs, 12 hatched. (I’ll update today if there are any unexpected late hatchings!) Out of that 12 from the second batch, one died late last night shortly after hatching. It seemed to have had an easy hatching, so I was caught by surprise. (Sadness!) All the rest seem healthy and happy. I’ve got them divided up in two boxes right now, but will have to make new arrangements soon as they are growing quickly. And while they’re not so active the first day, they sure get rowdy after that! 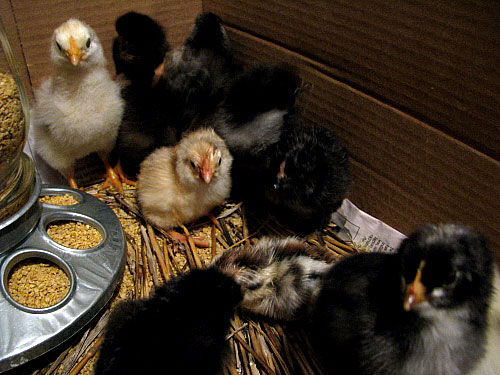 See hatch days one and two if you missed the action! 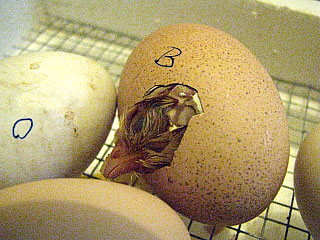 I have to confess that I helped one baby out of its shell. I know, I know, you’re not supposed to do that! But this poor baby had its head all the way out of its shell for so long. How could it peck out like that? It had its head stuck out! It got to looking so weary, I thought–if it’s going to die, I might as well try to help it. So I helped. And out it came. 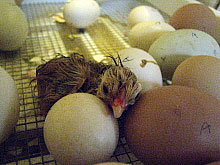 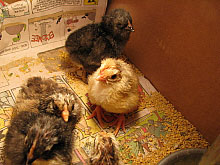 It seems to be doing well now, running around like all the others. Maybe it didn’t even need my help. It’s so hard not to help when they look like they’re in trouble! (And the one that really was in trouble never showed any sign of it!) 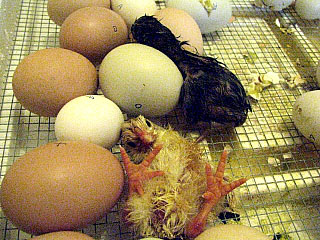 This photo just cracks me up. That same little baby, soon after it hatched, on its back, kinda like a bug that can’t turn over. (I helped it again.)

I can see already that chickens are going to be a lot of fun. And my chicken adventure has just begun! 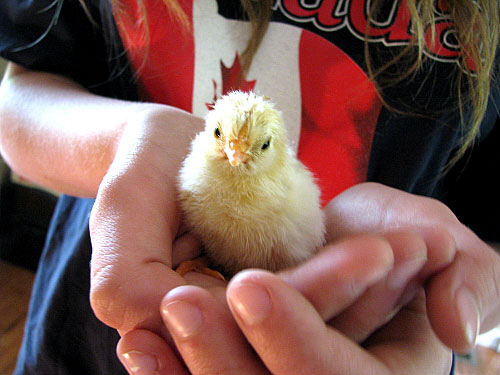 Cross your fingers they’re not all roosters…..