Oh my, did they ever not want to come out of that box….. I had the kids load up the chicks while I manned the box in which they would make their trip to the chicken house. The kids chased them around the brooder–and my office–for several minutes while I was in charge of opening the box lid just enough for them to stick each chick inside one at a time, working to keep the ones already inside from jumping back out. Then I carried the wriggling box to the chicken house. We decided, for the first few days, to keep them inside the chicken house. We’ll let them out into the chicken yard soon, but to start with, it’s enough for them to get settled in the house itself and learn that it is where they sleep. 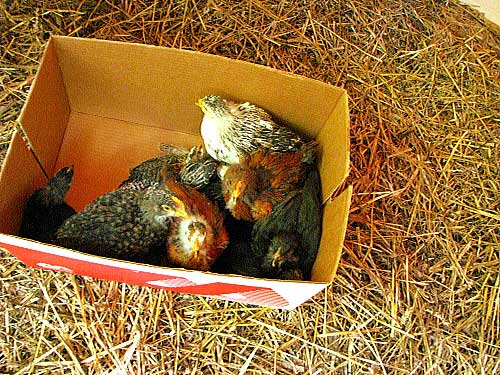 Once in the chicken house, box lid removed, they lifted their heads…. 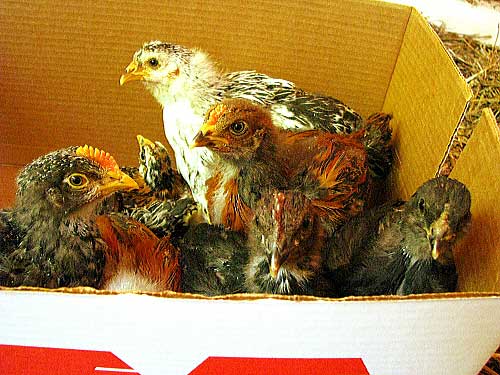 And started looking around…. 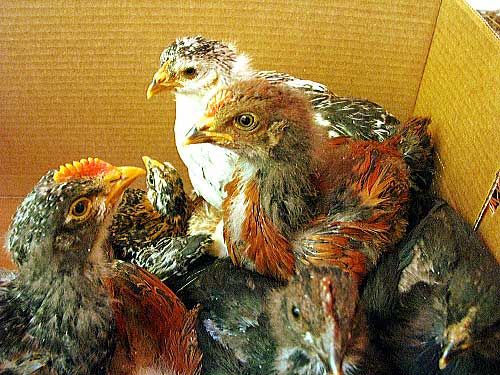 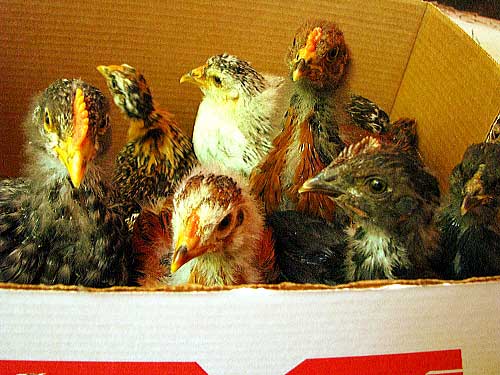 They sent a scout on a reconnaissance mission. 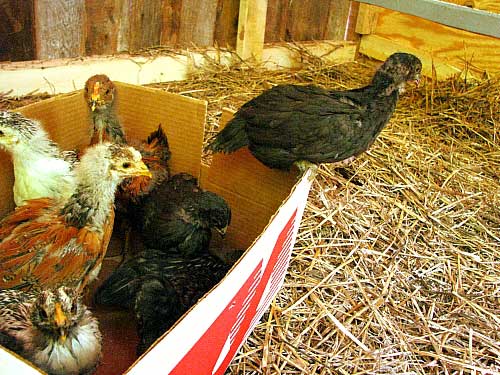 She turned back to report. “Dudes, it’s huge. And the straw! I’ve never seen so much straw! It’s the land of milk and honey and bugs!” 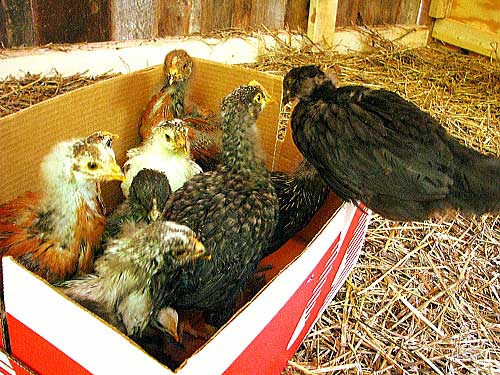 Then she could wait no longer for her leery brooder-mates. “Mine!” she declared. ‘It’s all mine!” 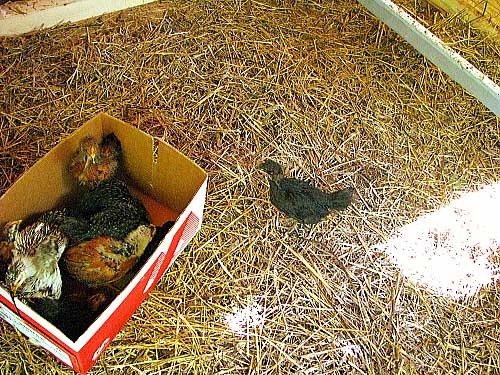 Well, they couldn’t have that, so out they came, sticking together at first for security. 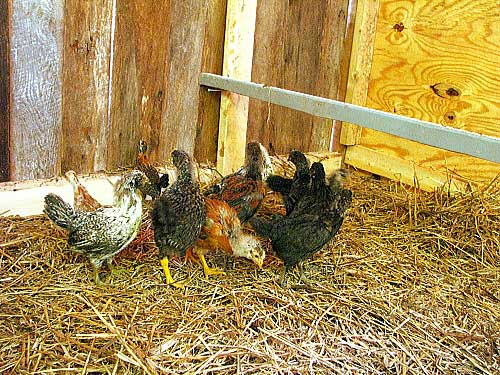 Then they started spreading out, exploring…. 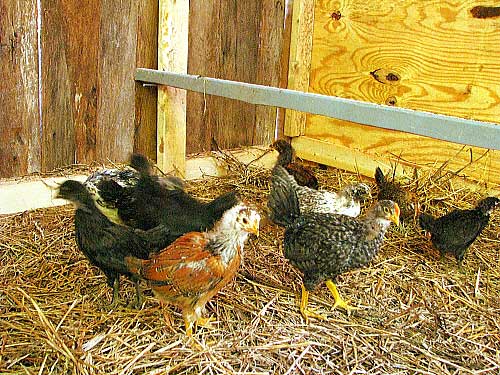 Scratching and pecking. “It’s true! It’s the land of milk and honey and bugs!” 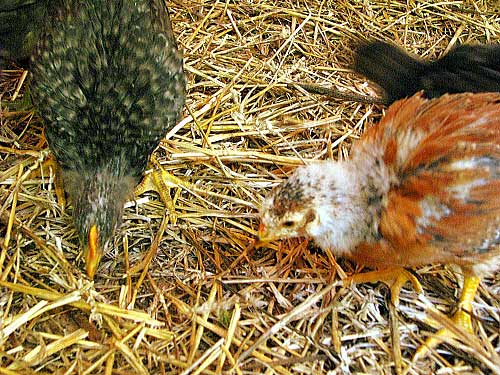 And there they are, all moved into the chicken house. Settling in. Enjoying their first taste of the semi-outdoors. My babies are growing up. 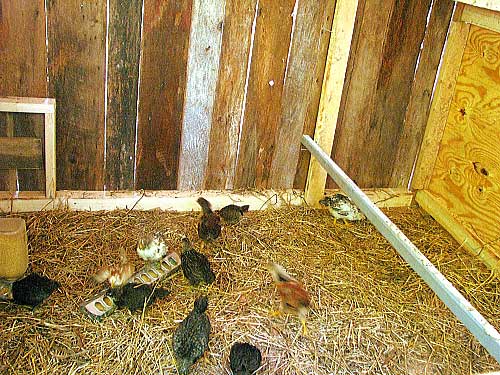 I hope that they remember to brush their teeth and that they don’t stay up too late at night. And that they won’t mind if I call ten times a day.