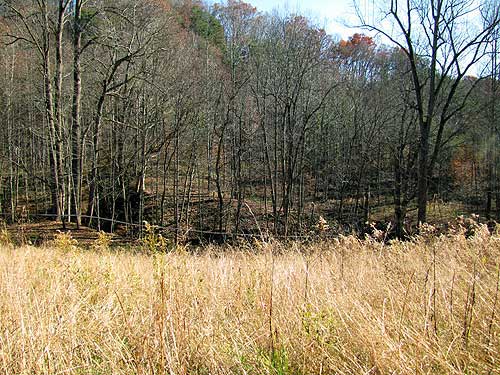 There are three upper pasture areas at Sassafras Farm, but only two of these pastures are realistically usable, I’ve concluded after my further explorations. One of the areas is on the other side of a deep ravine with a massive rock wall. Obviously, it’s not connected by gate to the other pastures (which would be impossible), and it’s not currently fenced at all. It’s a mess, and of no particular use at the moment, even for potential haying. Sometime when I have nothing else to do, I’ll ponder what can be done with it, but for now it has left my radar picture. (The only way to even get animals to it–or to get PEOPLE to it–is by the road.) 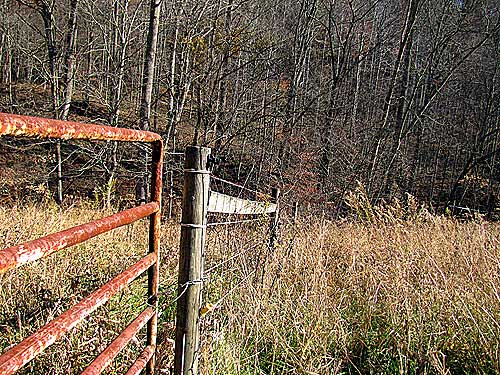 They are beautiful pastures, albeit in a slightly neglected state at the moment. They can be recovered for use without too much effort. 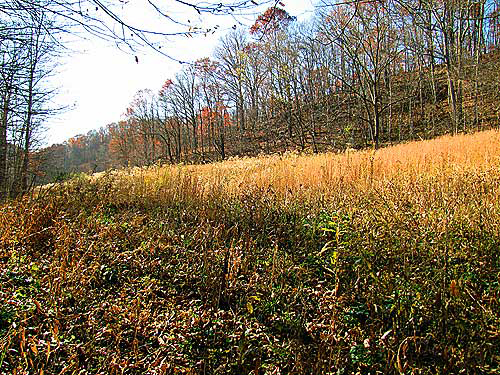 There is a mix of fencing in these fields, mostly woven wire, along with horse tape in some areas, and evidence of past electric fencing. These two fields total somewhere in the neighborhood of at least 25 acres. 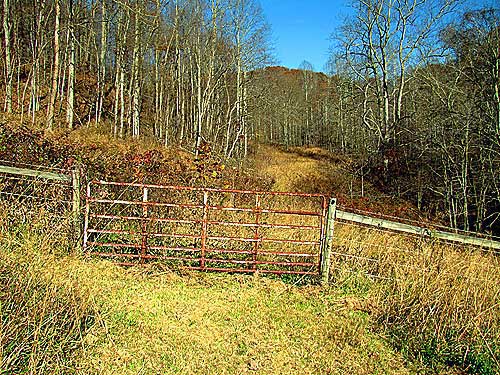 I’ve walked the first pasture fenceline completely. Most of it is sound, but the woven wire fencing is down in multiple locations where either a deer went through it or a tree fell on it. Repairing the woven wire fencing isn’t necessary, however, as these are intended for cow fields. I’ll be running electric around the first pasture as soon as possible in the spring and getting the cows up there. 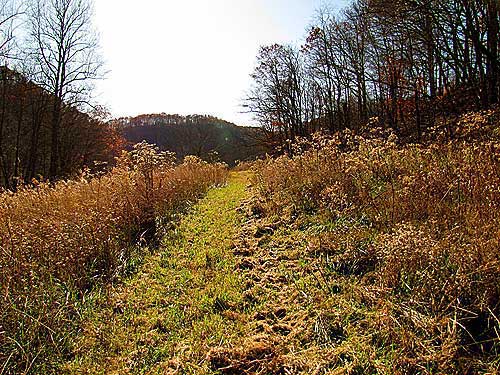 I’m not quite sure how much pasture my relatively tiny herd of cows will require (and I’ve never had this much available to me before), so this will be a learning year in many ways. 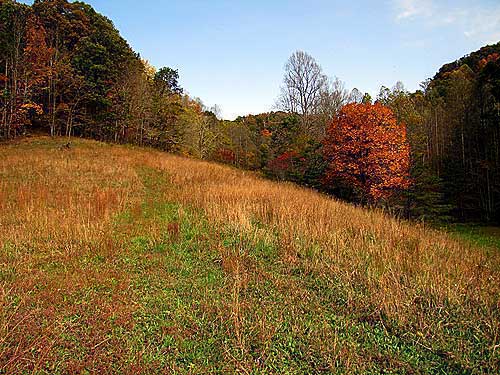 Since I’m not milking BP this year, I have some time to figure on my milking situation with cows in pasture on the hill all summer. It won’t be an issue this year. One idea is to set up a summer milking parlor in a small covered shed in or near the upper pasture, or in the park field below it and directly adjacent. There is also another pasture area I’ll be talking about in the next pasture tour post that would make taking her to the barn to milk convenient. In the winters, I’ll be keeping BP in the rear barn yard, so it’s not an issue for all year. One way or another, I’ll figure something out when the time comes. I’m glad I have lots of time to prepare, make plans, and try out ideas. In general, from my past experience with milking, I’ve found summer milking to be the easiest in terms of setup. It’s dry, so a summer milk station near a pasture can work. In early spring, late fall, and winter, a milking station in a reliably dry area is necessary, so my barn parlor is crucial. I’ll learn more this year as I deal with the cows here and ponder my requirements. 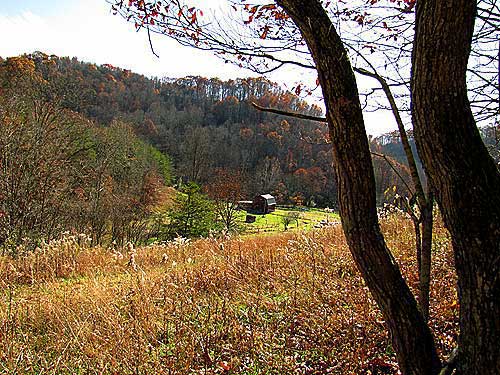 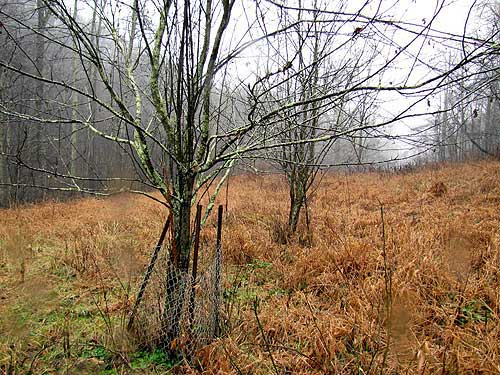 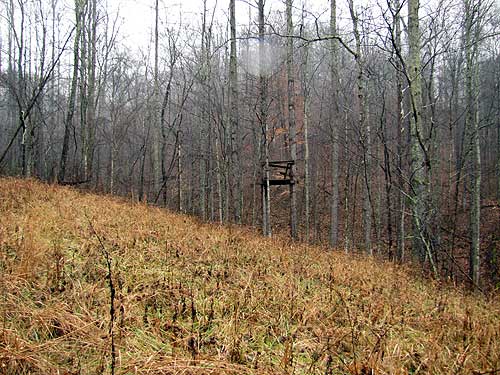 Maybe the apple trees were planted to attract the deer, and so they built the deer stand here!

Hmmm. I still think those apple trees are in an odd place. Sure is gonna be tough on Morgan hiking out there to pick apples and haul the buckets home.

Back to the upper pastures–I’m in love with them. Amazed by them. Can’t wait to see the cows on them. This kind of pasture is unimaginable to me in my farming experience, and I’m overwhelmed with appreciation that they are at my disposal. I’m going to make good use of them! 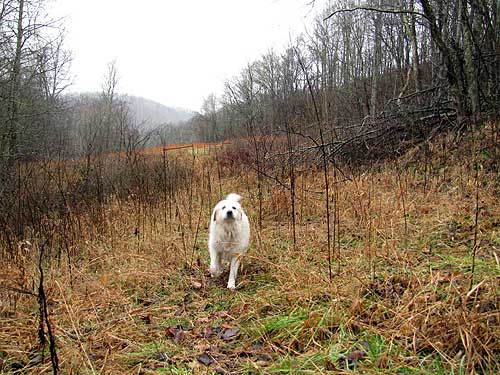 Coming up on the pasture tour–the disconnected, odd, and almost excessive extra pastures. I’ll explain in the next post!