Last year, I had this temporary chute of fencing set up to get Glory Bee across the access roads between fields for milking. 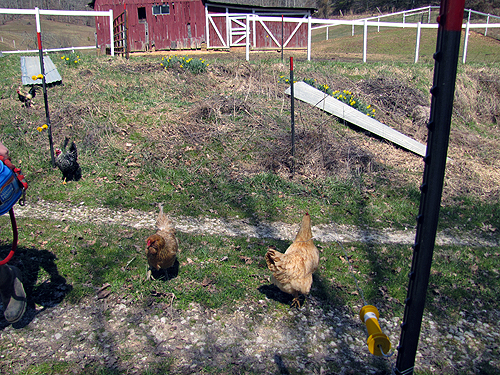 It worked all right for Glory Bee, but anytime I was also moving other cows with her, especially calves, they’d just sprint under the wires and dance off. Calves think they are so funny. You should have seen Moon Pie chasing the chickens around the barnyard last night. Anyway! I decided to fence in this area between the access roads this year. 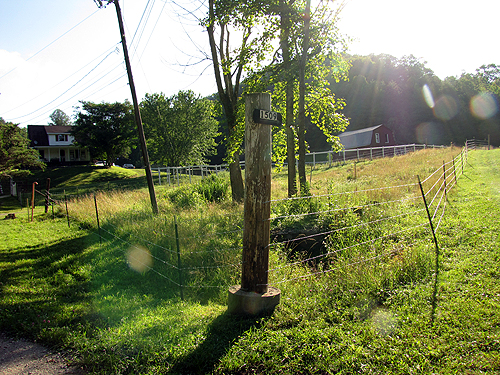 It was, previously, being mowed and that needed to stop. It’s grass for cows to eat, not to be wasted on mowing. Robbie and Rodney used telephone poles to set as heavy gate posts for the new 16-foot gates that had a double purpose…. 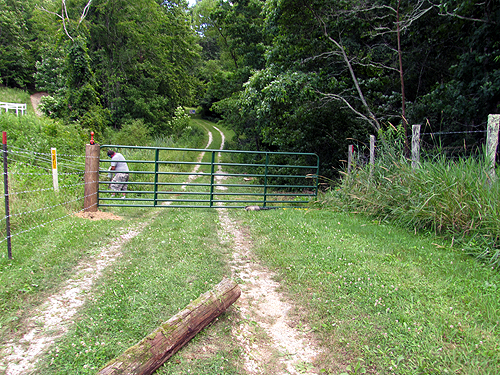 But first let me tell you about my new hay spear! 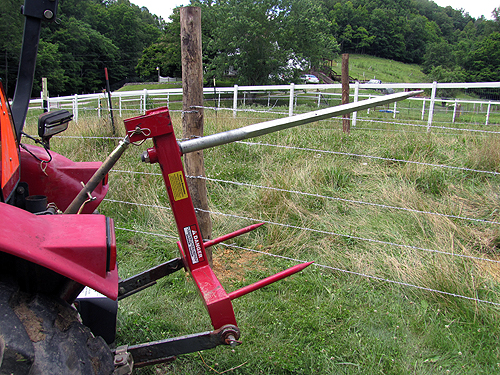 I’m planning on round bales this winter for the cows and horses, which will make my wintertime feeding job so much easier. And now that I can drive the tractor, and have a hay spear, I can move round bales! But here is how the hay spear got used this past week, for fencing. 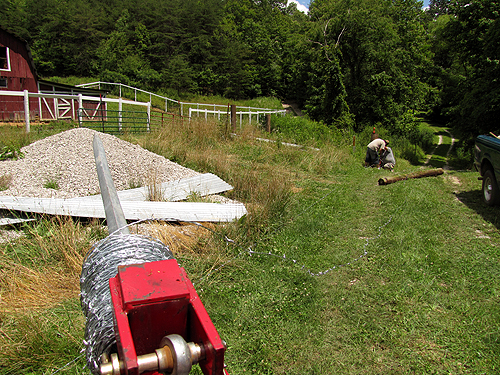 To hold the roll of barb wire while it was being pulled along the fence line. I thought that was rather ingenious.

Meanwhile, here’s what’s going on with the gates. The original temporary chute used the big gate at the back barn yard to come across one of the access roads. This provided the only truly secure portion of the temporary chute–the rest of it was made up of wire that was hooked on to make a chute (and that calves would go under or break down). When I decided to fence in the field between the access roads, it occurred to me–why not put up more gates that can be opened so that they make what is still a temporary (because I can’t permanently block the access roads) but secure path for the cows between the fields? 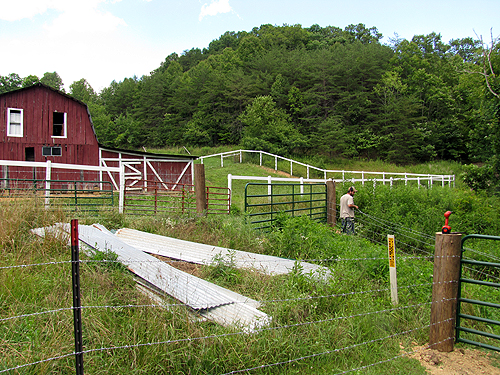 When they’re closed, they make gates on the fields, but when they’re open– 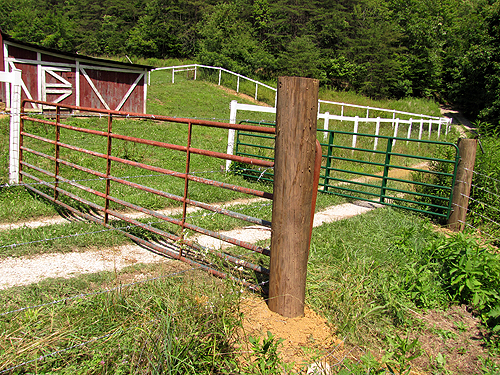 –I have a secure path between the fields that even calves can’t break. (The field in between is fenced in, so it’s just the areas of the two access roads I have to secure now.) 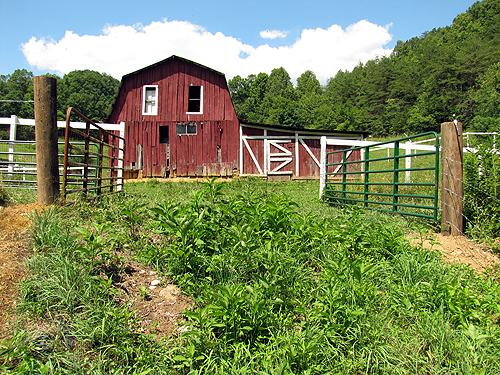 I love it! The only problem I’ve found so far, in testing this out with the cows, is that when they see me coming, they start pounding over to me, barely giving me time to get the gates opened and set up right before they’re on me. I’ll have to practice sneaking up on them, I guess….