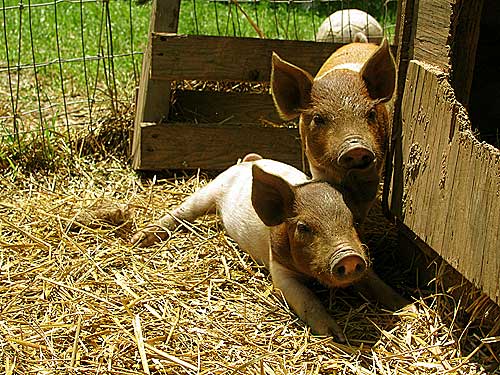 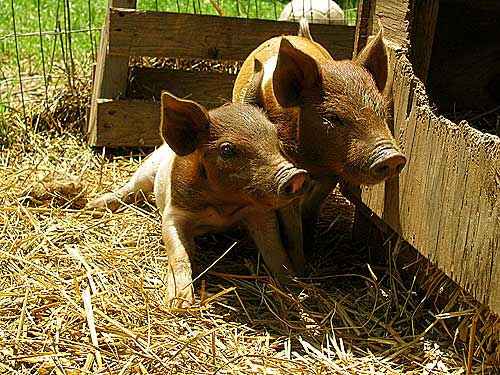 We took them home this weekend to a clean pen with fresh straw. 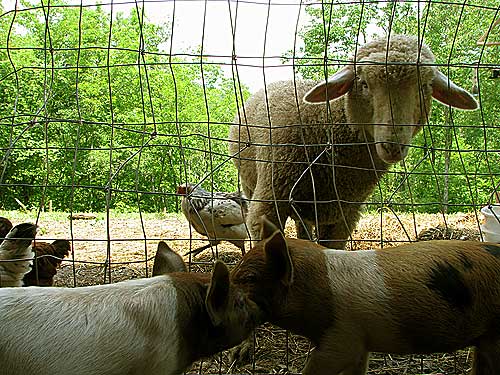 Annabelle didn’t know what to make of them. 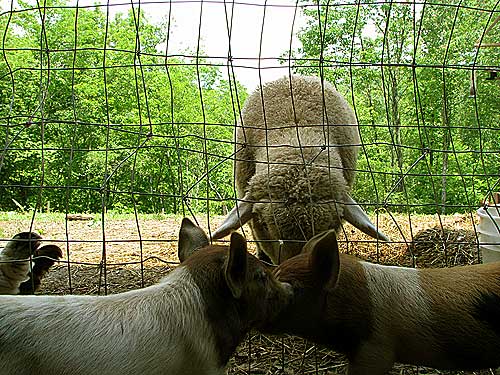 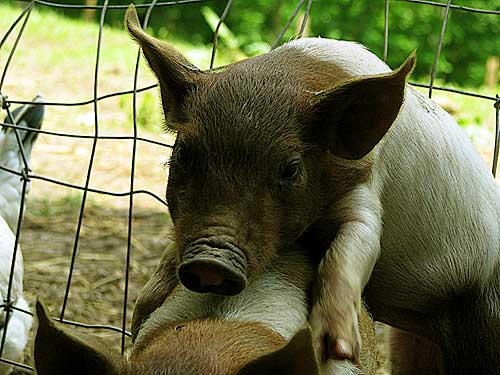 And gave them pig feed. 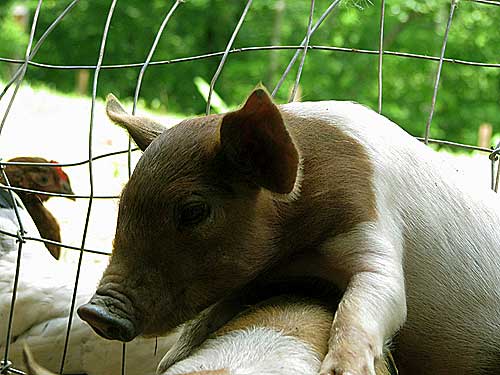 They look pretty comfortable. We’re keeping them in this small pen (separated from the other animals) for a few days until we have their big pen down in the sheep meadow ready. Once they’re big enough that they can’t get out under the gates in the meadow, we’ll pasture them.

They probably shouldn’t get too comfortable, though.

Morgan: “Who came up with the names?” 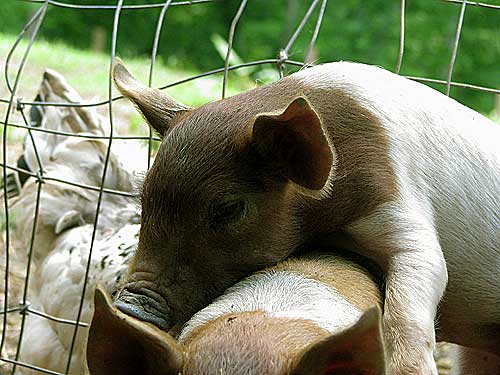 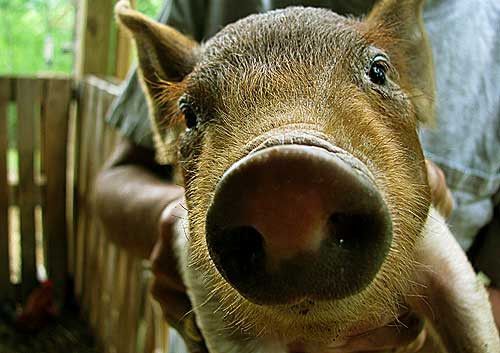 The Ornery Angel, who gave them to us, put them in a cat crate we brought with us. We let her be in charge of collecting them. When the big mama saw what was happening, she climbed up the side of her pen and looked like she was about to break it down. And come kill us all.

I was glad to get out of there.

We got back to the house, put the crate down in the pen, and just let the piglets come out on their own. We wanted to give them a bath and check to see what gender they were, so we tried picking them up.

I’ve never picked up a piglet before.

And after seeing this, I never will.

So much for that bath…. (And the gender? Boy and girl. Sausage and Patty…..)