It’s been really difficult to figure out what’s going on with the cows. 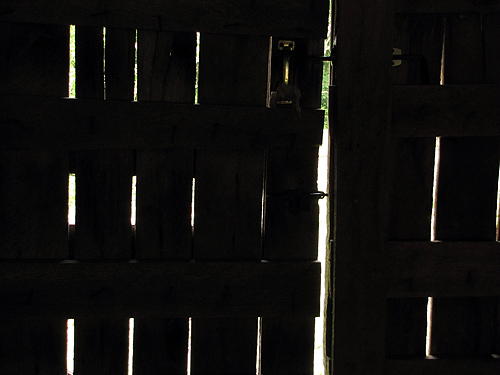 Nobody wants to tell, and they’ve been keeping their activities secret. 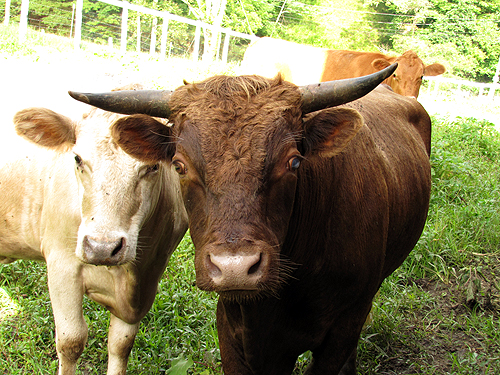 I guess Bradley’s not one of those kiss and tell guys. 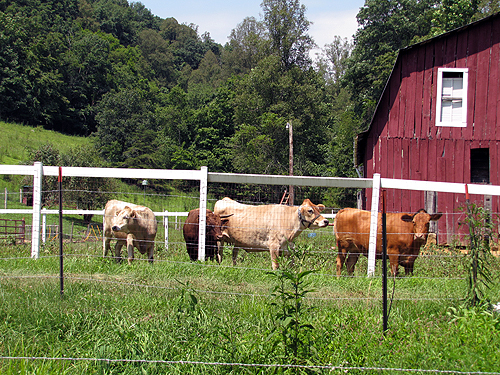 But I’ve noticed a few things in the month he’s been here. 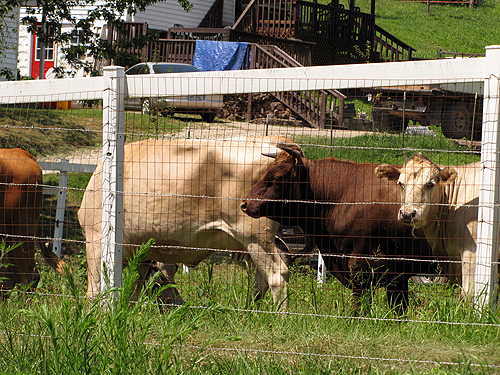 There was about a week when he wouldn’t let Moon Pie out of his sight for a second, hung right with her. 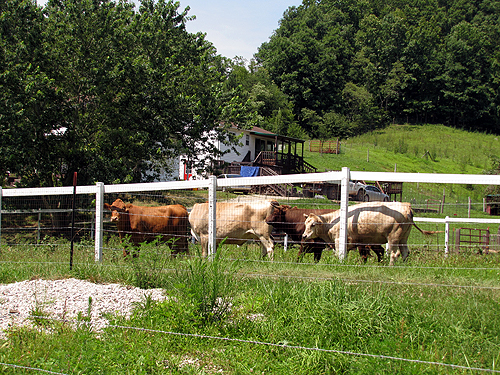 This was followed by a week when he was Dumplin’s best friend in the world. 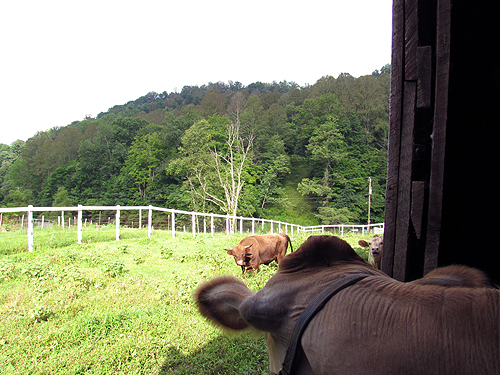 And now he’s all about Glory Bee. 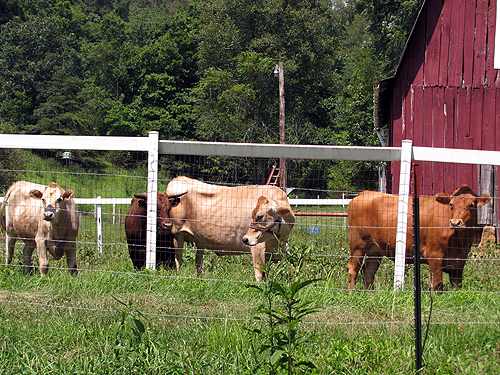 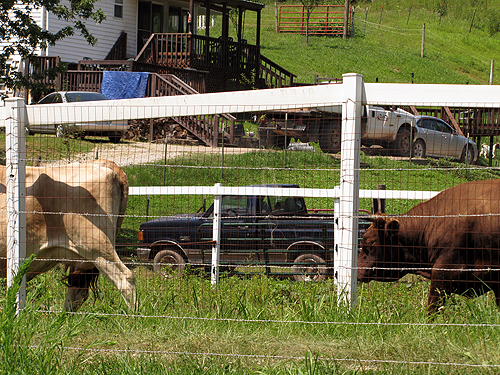 Wherever you go, I will go. And with all haste! 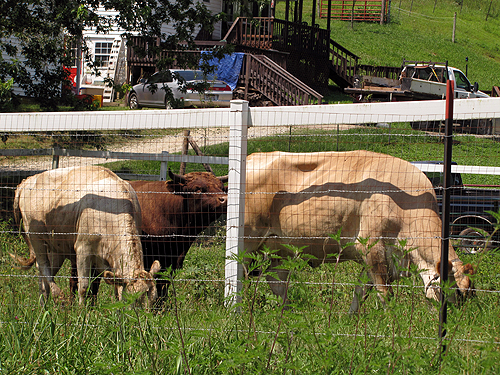 The fragrance of you, it intoxicates me. 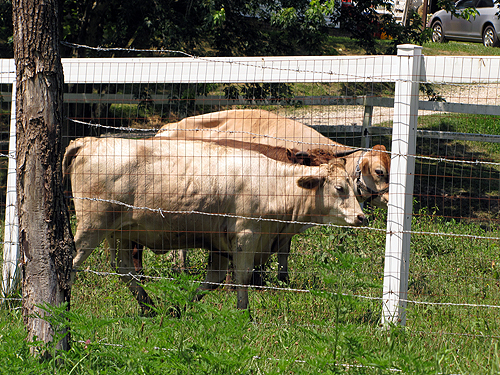 The above photo was taken while the hay was being unloaded on Sunday. I’d been taking pictures of the cows, and no sooner had I turned off my camera than the bull mounted Glory Bee. She didn’t stand still long, so I wasn’t so sure about it, and by the time I turned my camera back on, it was over. The hay man was standing there watching and he said, “Look at how her back is bowed up. That means he was in there.” 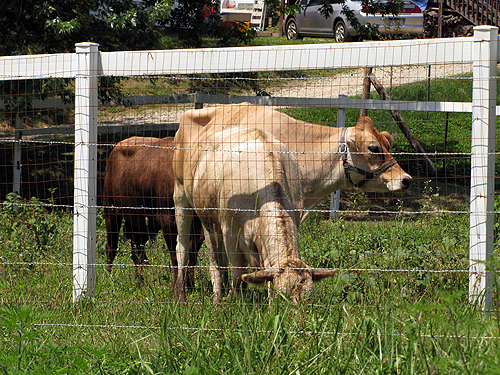 And if these observations prove to bear fruit, the order of deliveries will be Moon Pie then Dumplin then Glory Bee, calving about a week apart next April. The bull is hanging around for another month, so we’ll see if any of the cows are dating him again. If not, then they’re all bred!