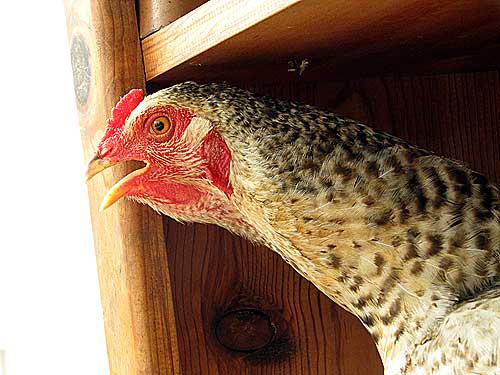 I think the hens are developing a little competition. After the little brown hen told everybody she’d starred in her own show, the little speckled hen insisted on getting in on the act.

The little brown hen promptly one-upped her by laying an egg on the second shelf up, taking this trick to the next level. 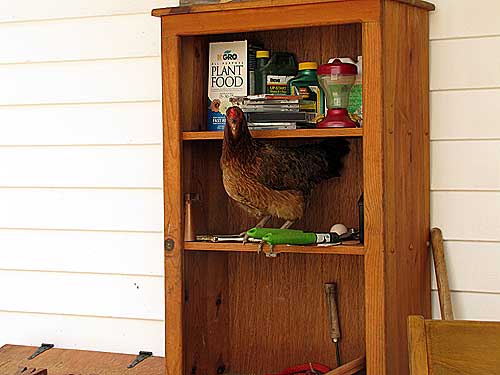 I’m not keen on all this shoving and dumping on the shelves of my garden cabinet, though. If they want to do a trick I’ll appreciate, I’ve got one. 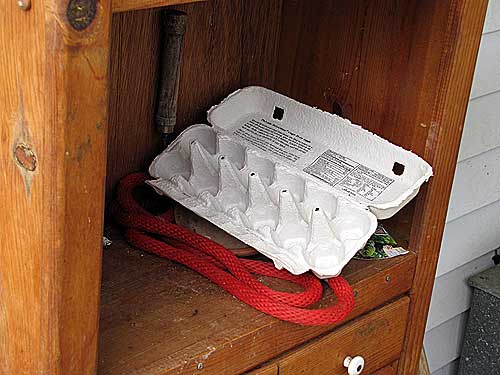 Put her there, girls! THEN I’LL BE IMPRESSED.