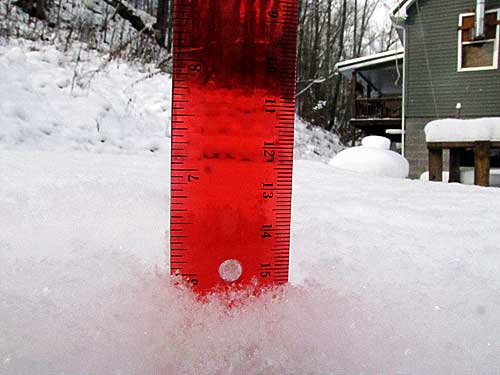 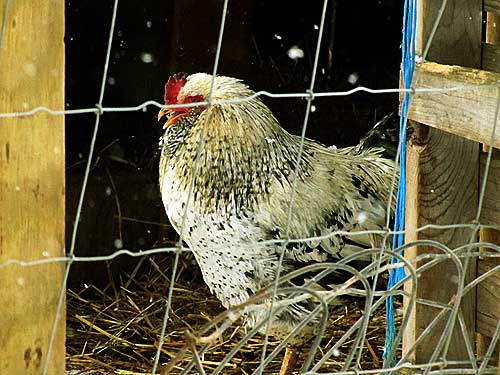 I tried to talk to Clover about her life, her thoughts, her plans for the future.

I told her, “But CLOVER!!! You’re popular! People MISS YOU.”

She said, “Let them eat cake.” 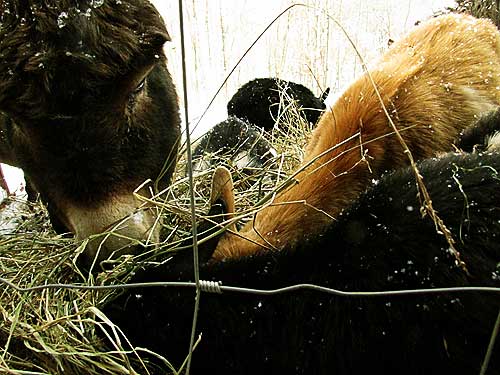 Then she thought better of it and said, “WHERE’S MY CAKE?” 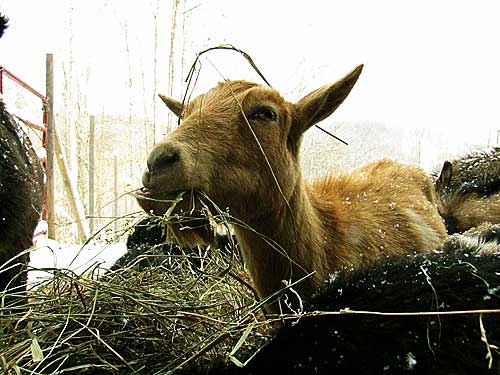 I said, “Marie Antoinette never appeared before her people with hay in her hair.” 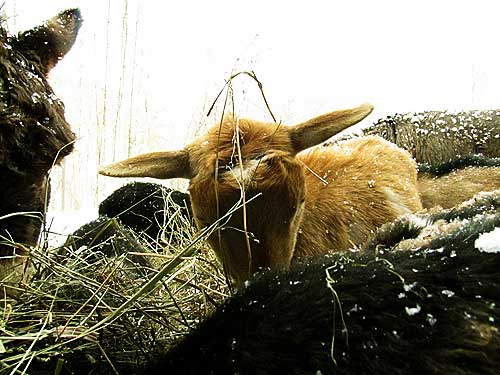 And Clover said, “Don’t you have a COW, Woman? Go ahead, find your cow. SEE IF YOUR COW IS AS POPULAR AS ME.” 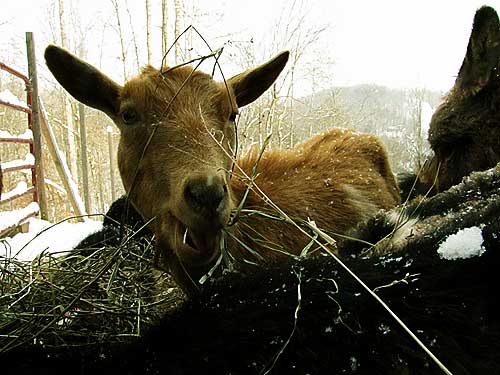 I think somebody’s jealous and that I have my cookies cut out for me because I have spent too much time with my cow.

Twice a day, I go out to tend the animals. I break their water. In the mornings, in particular, I count their cute little heads. Make sure everybody’s there and everybody’s okay. 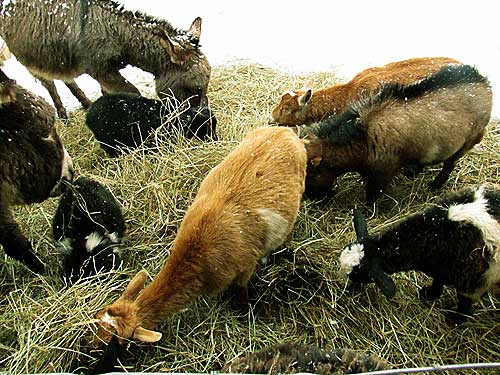 I bring hay and feed. 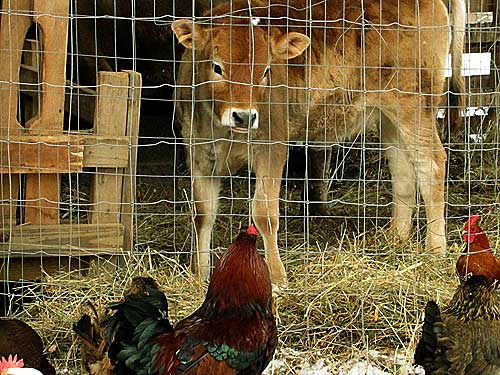 The water hoses are frozen. Beulah Petunia is a heavy drinker. I fill up watering cans in the house and fill up her buckets. This involves repeated trips. It’s not an efficient system. 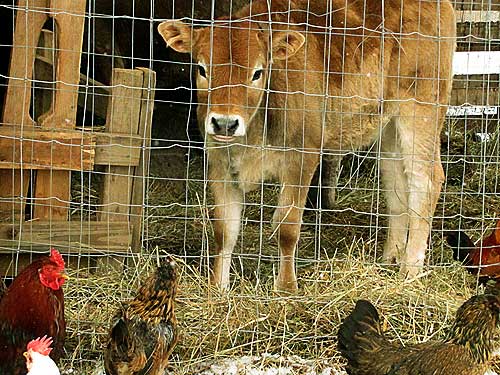 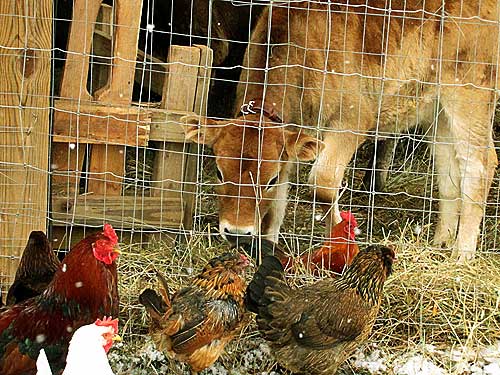 And everybody has somebody to snuggle. 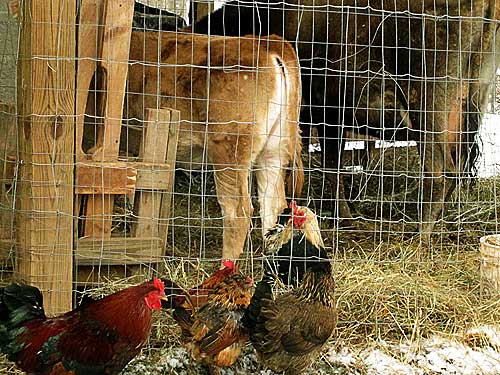 And that’s all everybody needs.