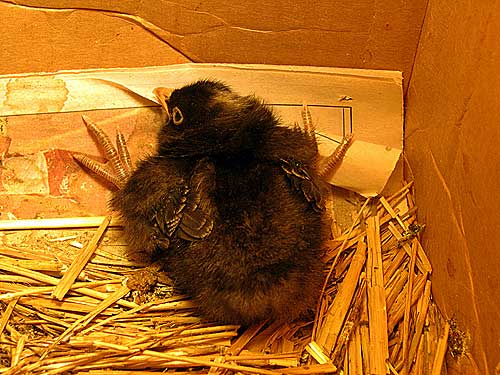 Thank you so much for your advice after I posted about our little spraddle-legged chick. As a result, we now have a little chick with braces. 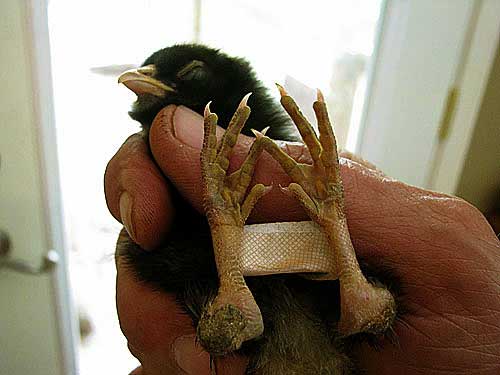 I cut a Band-Aid in half, lengthwise, using the pad in the middle as the spacer and wrapping each sticky end over her legs just above the feet. This prevents her legs from splaying out to the sides and forces her to put weight on the legs, strengthening them so that eventually she can walk normally.

Well, that’s the hope anyway! I’ll let you know how it goes. So far, so good. But, she’s still not ready to be with the other chicks from her hatching. She’s smaller than they are, and weaker. They run right over her and step on her head. Chickens aren’t very considerate. A single chick is a sad, lonely chick, though….. She needs some peeps.

Could these be her peeps? 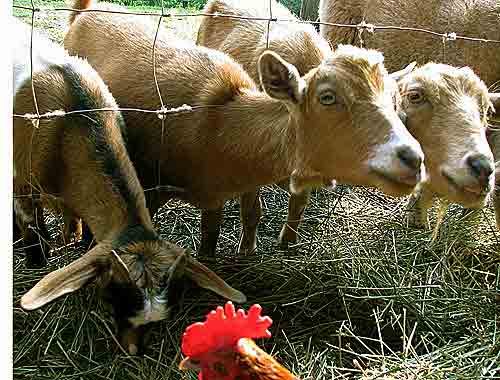 Hmmmm…… Maybe not. They’re a little hard to get along with sometimes.

What about a Giant Puppy? 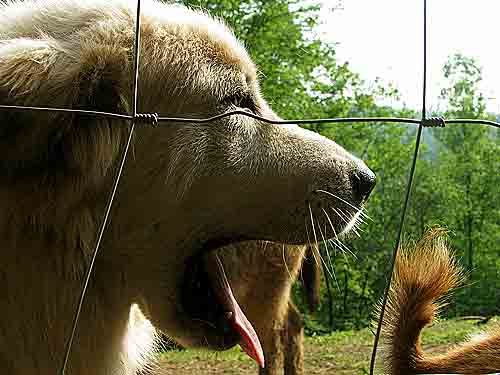 How about a cute, adorable donkey?

Well…… She IS awfully cute and adorable, but she’s a little big to be a chick buddy.

Maybe a sheep who thinks she’s a dog would do? 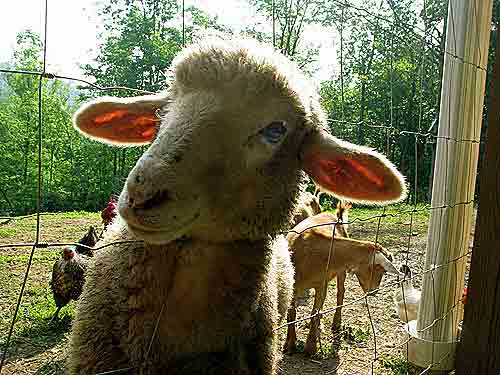 How about two little piggies? 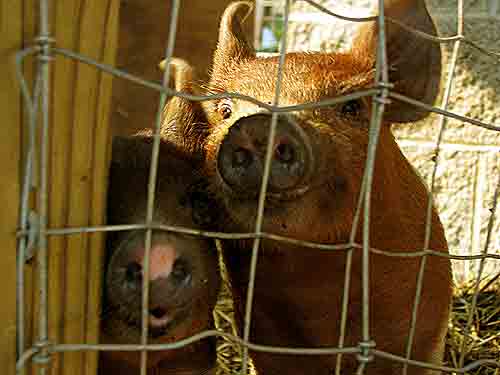 Poor little Spraddle. Who will be her peeps? Who will not step on her head or peck at her or eat her for a snack? Who will snuggle feathers with her and not judge her? Who will love poor Spraddle?

Of course. HERE are her peeps! 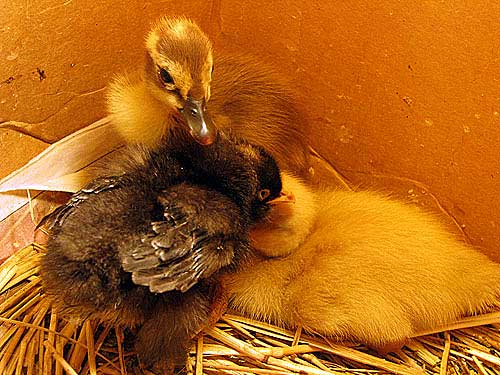 Ducks are SO nice! 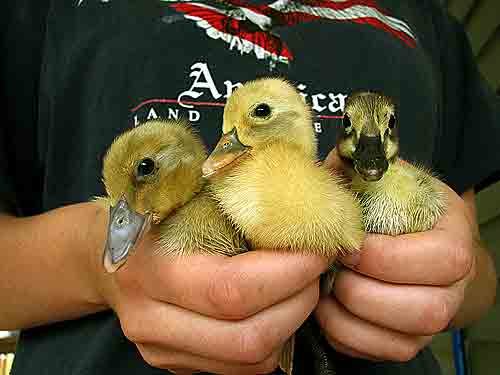 Unless you count Spraddle.

Then we have four.