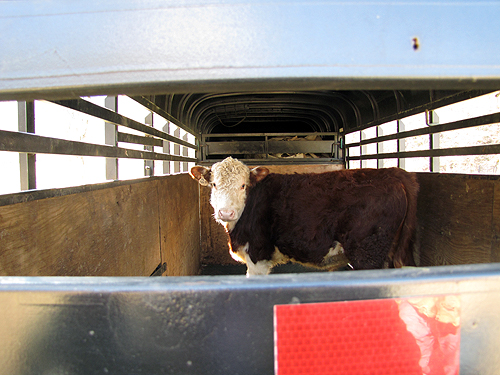 He was unloaded here on Saturday. 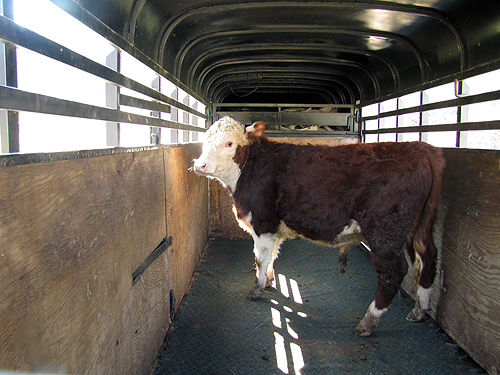 He’s a year-old polled Hereford bull. And he’s ours, as in really ours, as in no more hassles with finding bulls to borrow! He lives here. He doesn’t have horns, which I like, and Hereford cows are famous for their docile temperaments, which I also like. Not that you can take that for granted. I’ll be careful around the bull, but if we’re going to have a bull, I’m happy to have Hereford. 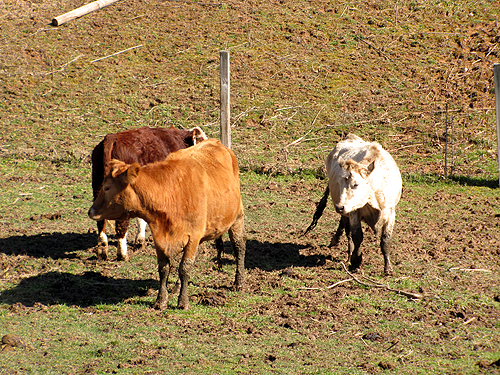 He met the girls first thing, and everybody sniffed everybody. 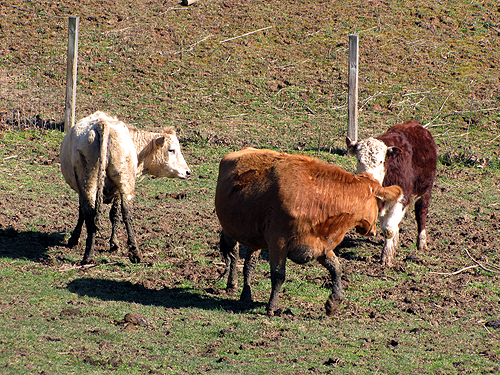 Twice, the girls went through a gate into another field and he got lost because he turned his head for a minute and didn’t know how they got into the other field! 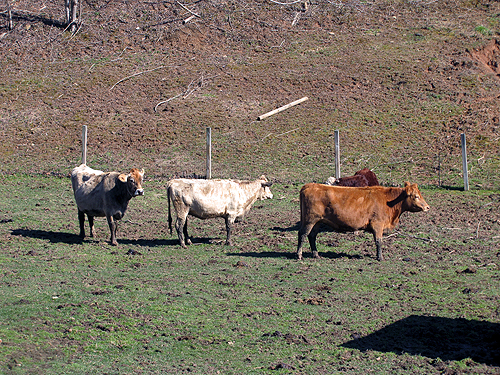 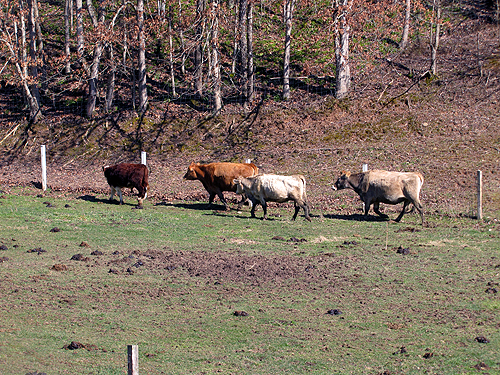 Then he did a whole perimeter check on the fields, as if figuring out his territory, or at least making sure he knew where the gates were so he didn’t lose his girls again. 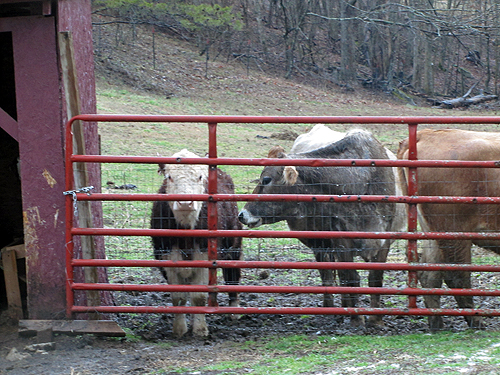 The girls are all bred, due to calve in April, so he doesn’t have anything to do right now but hang out and get to know everybody. Blossom, the other milk cow, and another cow–a full-on beef girl–will be coming soon, so he will have plenty to do then.

Meanwhile, I’m very excited! WE HAVE A BULL–of our own. This has been a long time coming.