I’m feeling encouraged by the responses to the pictures in yesterday’s post of Glory Bee! I wish there was a really good pictorial somewhere of the progress of a cow and the physical changes leading up to birth. I did find these two sites with fascinating photos of calf births here and here. But no detailed lead-ups with photos.

She wasn’t even that happy to see me coming. Didn’t I take enough embarrassing photos of her yesterday? 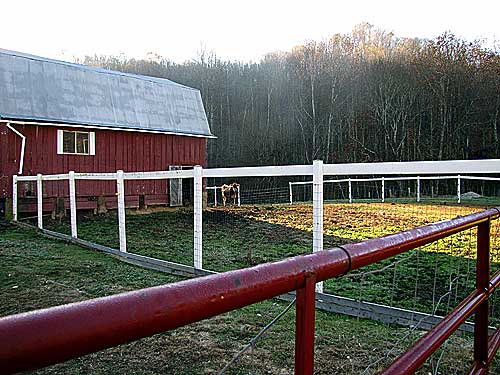 And here’s some more: 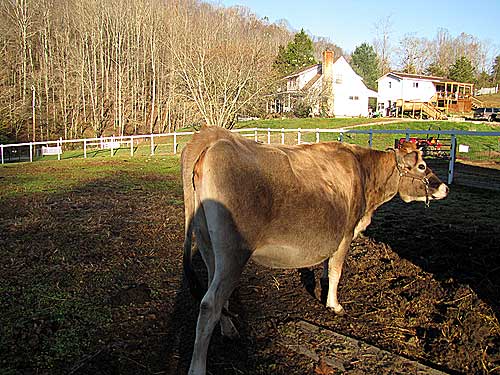 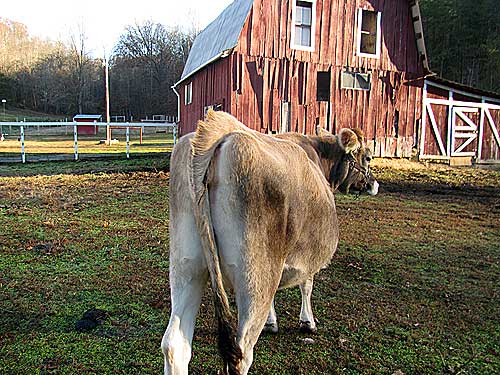 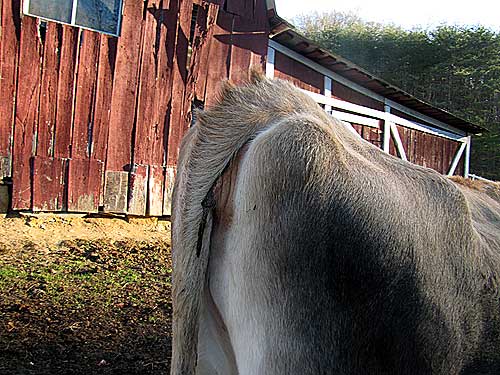 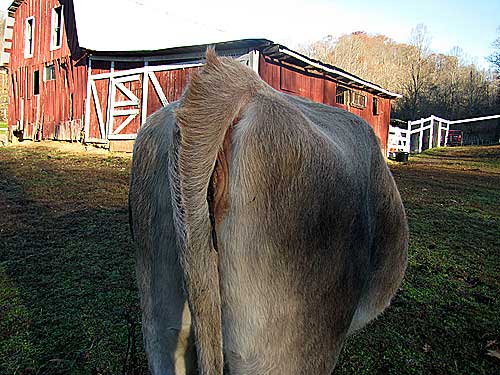 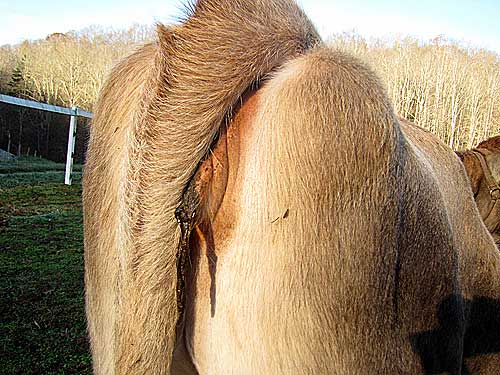 I wasn’t taking pictures of her privates before, but I know she didn’t look like that. That looks uncomfortable. But I also have the sense that heifers can be like that a lot longer than a seasoned cow who’s been through calving before. She went to Sarah’s farm the first week of March, so the earliest she should calve would be the first week of December, unless she’s early, so maybe she will be like this for awhile?

I’m going to take pictures of her bee-hind every day and keep a record. I know, can this website get any better? (I apologize to those of you who don’t want to see a cow behind every day of your life.)

Due to the recent storm, I had brought the cows up to the back barn yard earlier than I planned, but I’m going to keep them here for the duration so I can keep close watch on Glory Bee. I’m going to get the milking machine set up this week and start practicing in earnest now, bringing her in to the milking parlor and running the vacuum pump to get her used to the sound.