Having at last reached my personal critical mass with the chicken situation, yesterday I hosted a “barnyard event” for the poultry population. This was only partially successful, but I’ll take what I can get and live to engage battle another day.

This entire chicken ordeal goes back to moving the chickens from Stringtown Rising and letting them out at the driveway. The chickens decided, why go any further? And they settled in right there to roost on and around the studio deck and parade their poo across my back porch.

I’ve been pondering options, but there’s been a lot going on around here in the past three months. Guess what’s broken right now? The furnace. That’s lovely in mid-February. The furnace repairman, aka my cousin, couldn’t fix it so easily this time. He’s getting me a part and will hopefully be able to get it fixed within a few days. He soothed me that it might not be an expensive part. By the way, tip: Heaters are on sale in mid-February, so if your furnace is out, do not completely despair! At least you can buy a cheap space heater. Back to the chickens.

There’s no chicken house here, and while I’d like to build a chicken house, I’m not in the position to do that just at the moment. I decided to try getting the chickens into the weird stall in the barn. It’s that one that is kind of rustic and funky and I have no clue what it was used for in the past. It’s opposite the three horse stalls. (See the barn tour of the stalls here.) 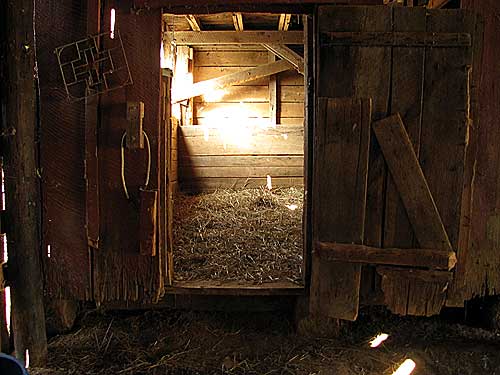 There are even some kind of odd ledges that would work well for roosts. There’s already some straw on the floor from when I had the sheep in there after we first moved. The chickens have taken to laying recently in some smallish cardboard boxes that I had on the back porch (trash from unpacking) so I put some of them in the stall, put out a couple big pans for feed, and a bucket (low enough for chickens) for water. I shut up the sheep and donkeys in another stall to get them out of the way.

Then I called a meeting with the chickens. 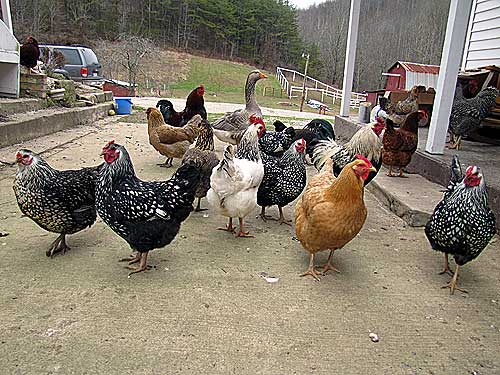 Like I had to call them. They’re always right there. 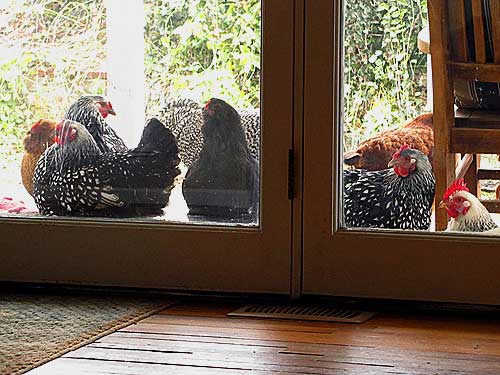 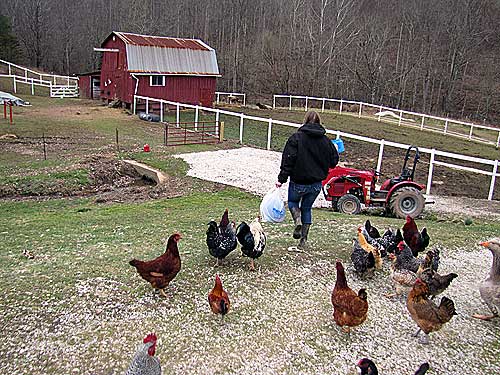 We were already losing the suspicious ones by the time we got to the barnyard. 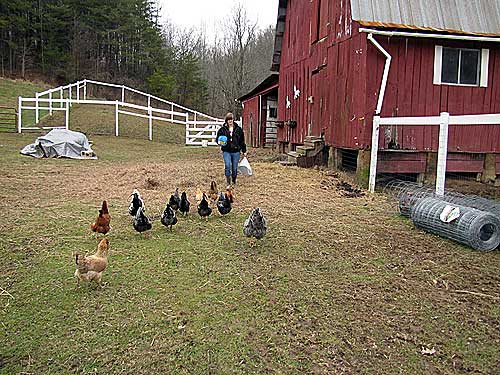 Casper was not helping so he had to be shut up in the house temporarily. We got the ones still coming into the alleyway. 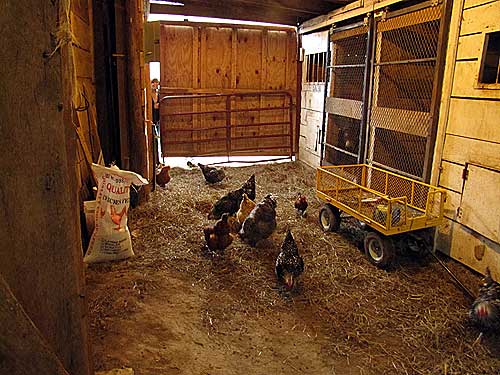 One hen hopped up into the stall, and we chased a few more in. Then I managed to grab hold of a few more and toss them in, but in the end, I didn’t get a very large crew. But! I got some of them! It was better than nothing! 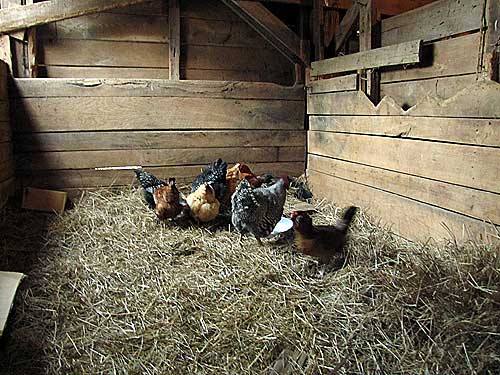 I shut the barnyard gate on most of the rest of them. Most of them can fly over the fence, so we’ll see how long that lasts. 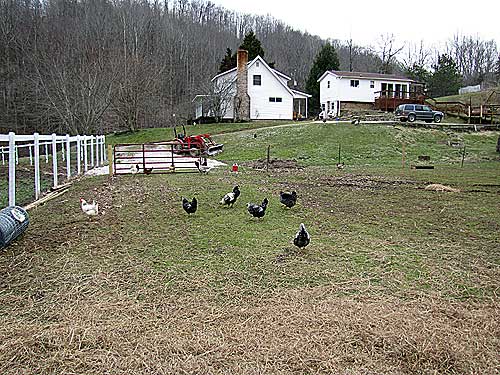 I shut the stall on the ones that went in (willingly or by force). I’ll have to mount a series of mini coop d’etats to try to get more in there. My goal isn’t to keep them stalled permanently, but to redirect their internal satellite with some temporary confinement. They got settled in around the house, and I was too distracted and overwhelmed at the time to deal with it immediately–allowing the problem to grow. I’ll have to work that much harder to reprogram them. Eventually, my plan is to build a chicken house in the front barnyard, so directing them there now will also work for later.

Several of them are still stubbornly up at the house. 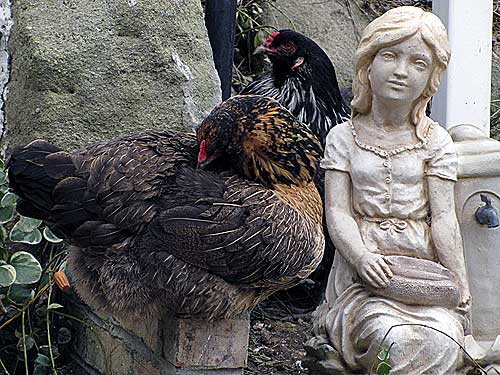 I told them, “You will never ever NEVER see another speck of chicken food anywhere but in the barn! STARVE if you want to!”

I suspect that eventually I will get the rest of them to move voluntarily once they accept that the food has moved. I won’t even be feeding Casper on the back porch for awhile. I’m going to have him come in the house to eat, then back out. Chickens love dog food, and I need them to see no hope whatsoever for food unless they stick to the barnyard.

It’s no surprise that the Crooked Little Hen is one of the holdouts at the house. 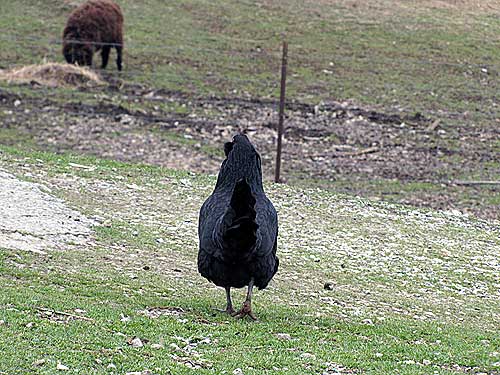 Should I just set her a place at the table already?